A notorious youth detention centre has been engulfed by yet another scandal after a young offender posted a grinning dance video to TikTok.The Clevela

A notorious youth detention centre has been engulfed by yet another scandal after a young offender posted a grinning dance video to TikTok.

The Cleveland Youth Detention Centre in Townsville in central Queensland has been the scene of riots and bashings in recent years and security fears have further been stoked after the video emerged on the social media giant’s platform.

In the same month the video was filmed, multiple prison guards were assaulted by inmates. 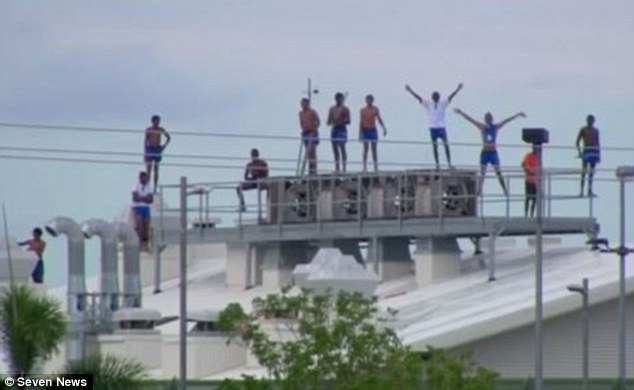 Over 20 youths at Cleveland Youth Detention Centre in Townsville, Queensland, caused a 12 hour riot in 2016. The centre has been hit with further scandal after an inmate was able to film and post a TikTok dance while guards are bashed every day

A source within the CYDC told the Townsville Bulletin mobile phones are strictly banned at the facility and it would be a ‘major security breach’ if the phone was smuggled in.

‘He’s showing no fear, and very cheekily doing the dance, highlighting the issues there,’ the source said.

On November 13, an officer who was trying to save a prison guard from a brutal bashing badly injured their shoulder in the process.

Just one day later another guard was ambushed by a gang of inmates who kicked him in the head after he entered a cell.

The source said tensions are now so high detainees had discussed orchestrating a riot and taking a female guard hostage.

Staff morale is now at an all-time low at the CYDC with under-staffing and becoming a critical issue that could spark strike action. 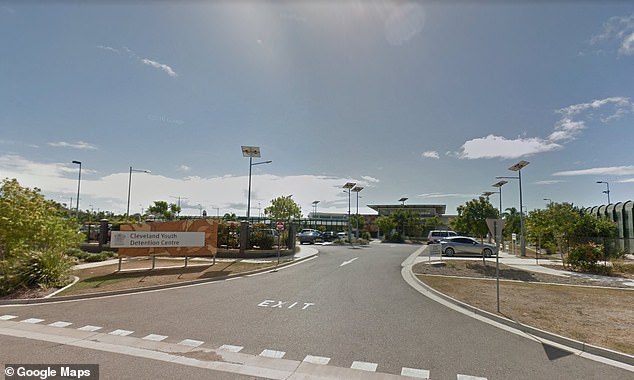 ‘We understand there is an issue with not enough staff at the centre. Some of that is people not being available for shifts and that issue gets compounded into regular ­assaults,’ Together Union organiser James Douglas said.

Assaults are now occurring almost on a daily basis.

Over the past three years, assaults across the entire region’s correctional centres has surged 70 per cent. 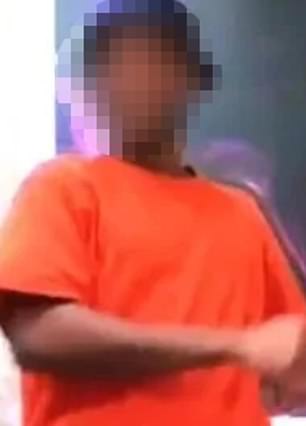 At the start of the year, CYDC was at the centre of a full-scale riot after inmates set fire to the facility and climbed on roofs.

The state’s Youth Justice Department blamed the incident on a small group of five detainees.

Back in 2016, the CYDC made national headlines when inmates rioted for over 12 hours, demanding KFC, marijuana and computer games.

More than 20 inmates broke into vending machines, set off fire extinguishers and destroyed property as they made their way onto the roof.

At least two staff were hurt, including one who suffered from a fractured eye socket.

A small contingent of staff remained at the centre overnight as the tense standoff continued but they eventually had to be evacuated for their own safety.

‘They are breaking things, they are accessing various parts of the unit, and they are making implements to throw at police,’ a CYDC spokesperson said at the time. 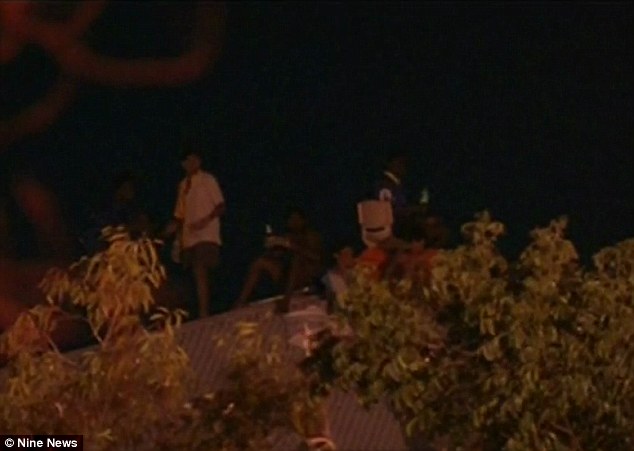 The inmates (pictured in 2016) were demanding KFC, marijuana and computer games after breaking vending machines and setting off fire extinguishers