Will ‘rule of six’ ruin the Queen’s Christmas? Traditional royal celebrations may be scrapped

The traditional Royal Christmas faces being scrapped if the current Covid-19 regulations continue, The Mail on Sunday can reveal.The Queen, Prince Cha

The traditional Royal Christmas faces being scrapped if the current Covid-19 regulations continue, The Mail on Sunday can reveal.

The Queen, Prince Charles and senior Royals will be unlikely to walk to church in public on Christmas Day, enjoy a family lunch at Sandringham or take part in the long-established Christmas Eve present opening and dinner.

The ‘rule of six’, which limits almost all indoor and outdoor gatherings to half a dozen from tomorrow, may mean the Queen, like everyone else, will have to choose who she spends the festive period with. 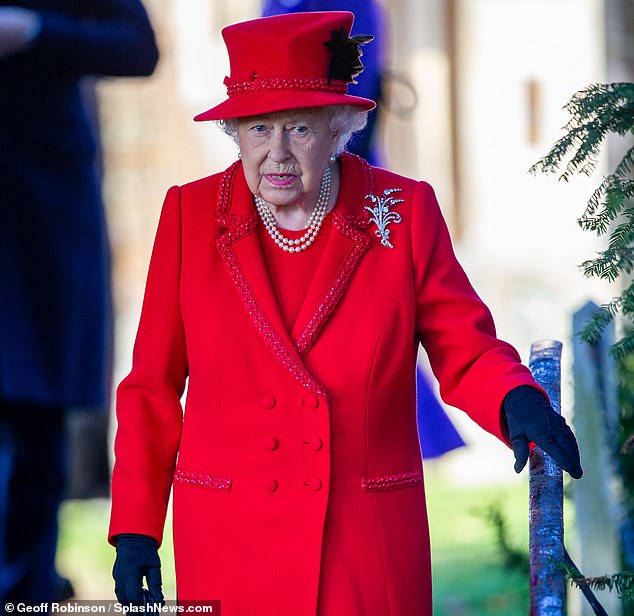 Festive tradition: The Queen in red for the Christmas Day service at Sandringham last year. The Monarch will be unlikely to walk to church in public on Christmas Day

When the crackdown was announced last week, Boris Johnson was unable to guarantee that the rules would be gone by Christmas.

Arrangements are further complicated by ‘HMS Bubble’, the name coined for protective measures thrown around the Queen and Prince Philip to protect them from the virus. It means members of their family cannot stay with them unless they first self-isolate.

Courtiers are understood to be reluctant to encourage crowds, where infections become more likely, so could torpedo plans for the traditional walk to St Mary Magdalene Church on the Sandringham estate. Last year, some 1,500 wellwishers flocked to see Prince George and Princess Charlotte attend their first public service and greet the crowds.

‘Any sort of church attendance on Christmas Day is highly unlikely under the current guidelines,’ a source said. ‘There is no desire to create crowds and over the years, the Royals’ walk to church has become more and more popular. It is now something of an event, so this year will need to be looked at very carefully. Perhaps it could be ticketed, as the church does stand on private land, but there could be no interaction. The Royals do not want to encourage crowds.’

The Queen’s custom of hosting about 30 of her closest family for lunch at the Norfolk estate before watching her speech to the nation is also under threat, as is the opening of presents together on Christmas Eve.

The Queen, 94, and Philip will this week leave Scotland to spend a few weeks at Wood Farm on the Sandringham estate. The Duke of Edinburgh will stay at his five-bedroom manor house while the Queen returns to Windsor Castle. 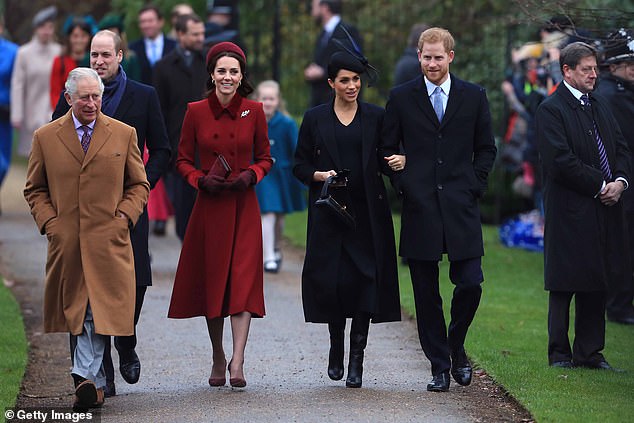 Prince Charles, Prince William, the Duchess of Cambridge, the Duchess of Sussex and Prince Harry arrive to attend Christmas Day Church Service on the Sandringham Estate in 2018 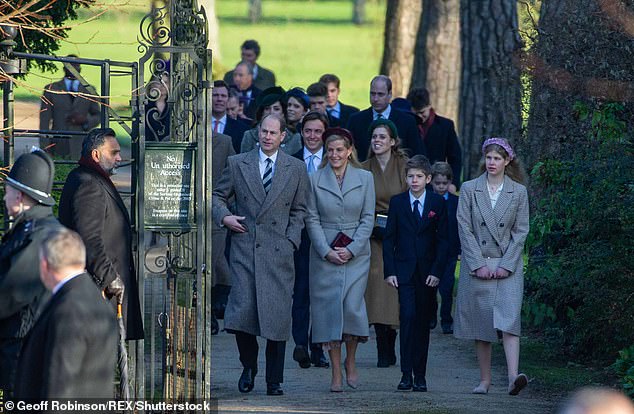 She intends to commute to work at Buckingham Palace and undertake engagements including welcoming new ambassadors and meeting the Prime Minister and other officials.

Aides are working on creating bubbles at each of Sandringham, Windsor and Buckingham Palace. One said: ‘Logistically it is quite challenging, but Her Majesty has made it clear she wants to return to work at Buckingham Palace as much as she can.’

The Queen and Philip spent much of the lockdown period at Windsor before travelling to Balmoral in early August. Family members visited, but meetings were held outdoors during shoots and picnics.

Last night, Buckingham Palace said: ‘The plans for Christmas have not been discussed, but any activities would take into account the relevant advice and guidance at the time.’