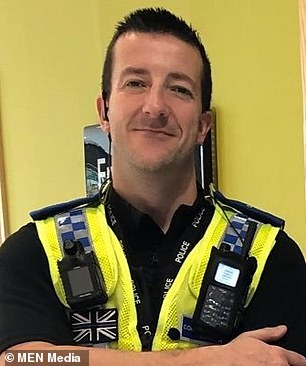 A police community support officer suffered stab wounds to his hand and wrist in an attack in Bradford.

PCSO Rob Rushforth says he was stabbed twice with a pair of scissors while on duty yesterday.

The Bradford-based officer stitches in both injuries in the incident at Bradford Royal Infirmary.

He tweeted: ‘Yesterday, while on duty, I got into a situation which didn’t go as expected and resulted in me getting, I don’t want to say stabbed as it sounds over dramatic but effectively, I was stabbed a couple of times with some scissors.

‘I’m absolutely fine though. I’ve had a few stitches in both injuries but I really am okay.

‘I’m just grateful of two things. Firstly that it was me and not anyone else that got injured and secondly that it wasn’t any worse. Could’ve easily been my face or eyes that got damaged.

‘Situations like this aren’t too common for PCSO’s but I just wanted people to know that we do get in some scrapes.

‘I get quite annoyed when I hear people say, ‘You’re just a PCSO’. I may just be a PCSO but I’ll still potentially put my own life at risk to protect yours.’ 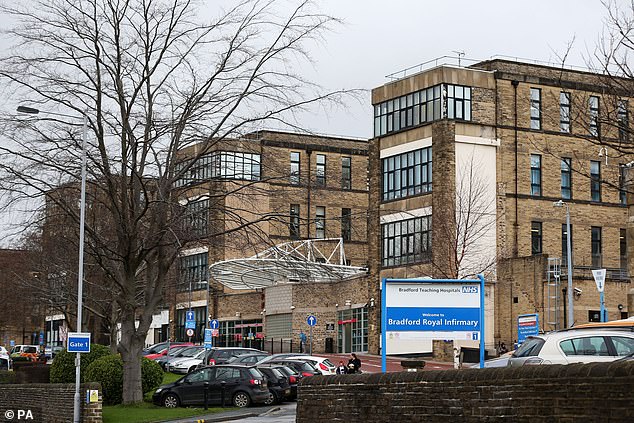 ‘I was so sorry to hear that you were injured and I’m grateful for your handling of a very challenging situation.

‘Thank you for you interventions I hope you are feeling better today.’

A West Yorkshire Police spokesman said: ‘At 12.16am on Thursday, October 15, a PCSO was responding to a call from staff at Bradford Royal Infirmary to assist security staff with an aggressive patient.

‘Whilst dealing with the man, the officer sustained puncture injuries to his hands. The man was detained for assault.’