A musician discovered her kitten's love for her classical music after she started putting the cat in a bum bag while she practiced playing the violin.

Boris Johnson says EU must ‘come to us’ and compromise for trade deal to be done
Coronavirus lockdown UK: Fury as landlords lash out at pub arbitrary rules
Tom Parker Bowles & Olly Smith: Eating out and drinks

A musician discovered her kitten’s love for her classical music after she started putting the cat in a bum bag while she practiced playing the violin.

Esther Abrami, a classical violinist from France, was having trouble playing music as her cat Rémila does not like being left alone on the floor.

But the classical musician found an ingenious way to stop her cat’s interruptions – by putting the kitten in a bum bag while she plays. 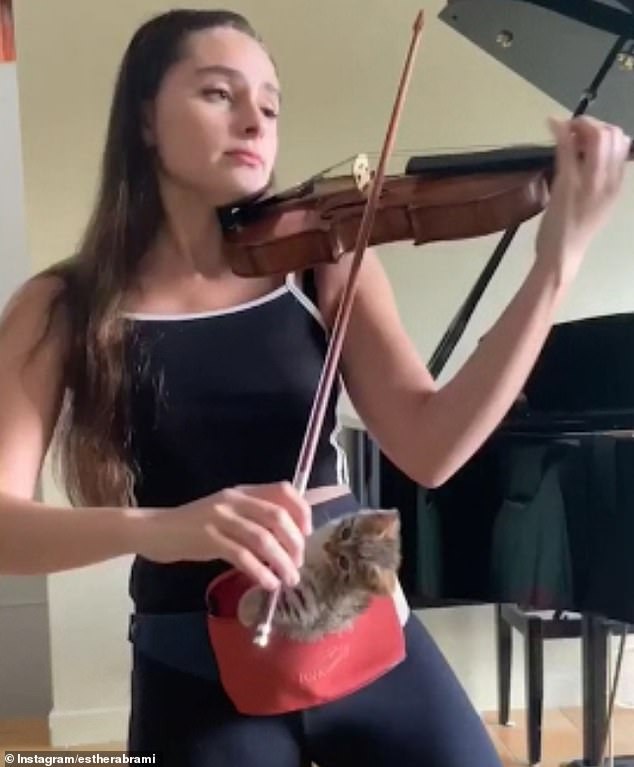 Esther Abrami, a classical violinist from France, started putting her rescue kitten Rémila in a bum bag while she practices her music to stop the cat from crying out

In the video, Rémila falls fast asleep safely tucked inside the bag as Ms Abrami plays Apres Un Reve by Gabriel Faure on the violin.

Rémila seems to have taken advice from the piece of music by the French composer – which is all about sleeping peacefully and dreaming.

Rémila was abandoned but was rescued by cat shelter Association Féli-Cité, where Ms Abrami works as a ‘host family’ for cats.

Sharing the video on Instagram, she wrote: ‘When she arrived she was less than 400 grams, scared and had breathing issues from having stayed outside for several days.

‘I’m happy to say that after 7 days of milk bottles and constant cuddles Rémila has now become one of the friendliest cats I’ve ever seen. She follows me absolutely everywhere around the house and refuses to be left alone on the floor.

‘She is always either on my laps or in her little bag around my waist.’ 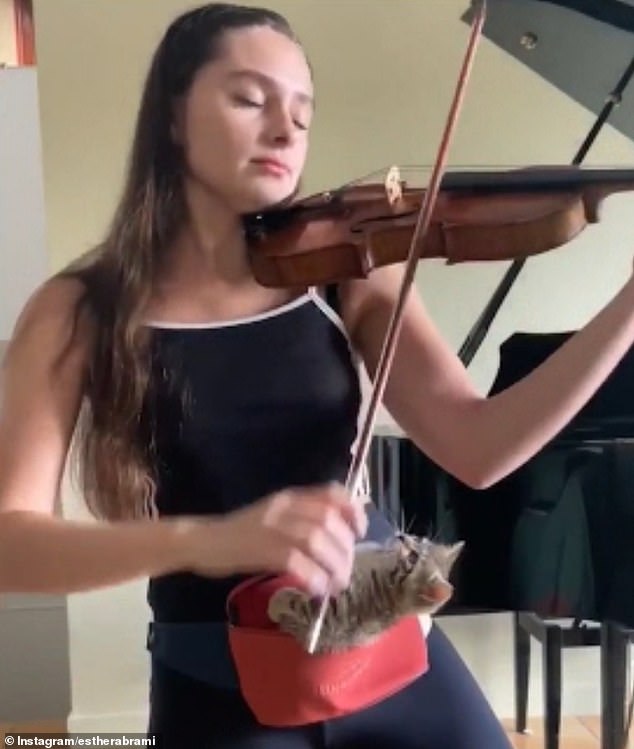 An adorable video shows Rémila, a rescue kitten being looked after by Ms Abrami, watching the musician playing Apres Un Reve by Gabriel Faure on the violin 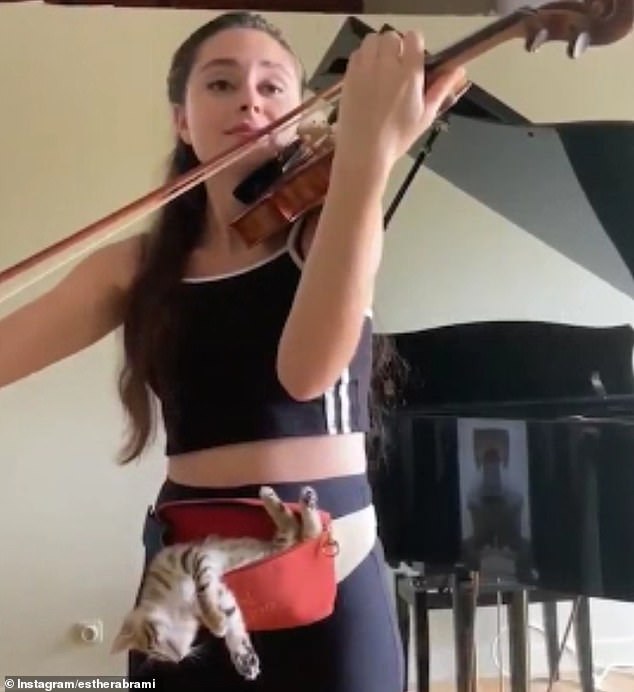 The tiny kitten, which was rescued by cat shelter Association Féli-Cité, falls fast asleep as the French violinist plays the classical music

The adorable video has received more than 400,000 views across social media, with users admiring both her melodic music and the sleepy kitten.

One person said: ‘Two fantastically relaxing things Esther, one is your playing, and the other is watching a kitten sleep.’

Another commented: ‘You make a beautiful sound and how cute having your kitten snuggled up like that.’

Other social media users responded with videos of their own, showing their own pets transfixed while watching the video of Ms Abrami playing the violin.

Ms Abrami is completing a master degree at the Royal Birmingham Conservatoire under the guidance of Wen Zhou Li, where she has been awarded a full scholarship.

The violinist plays a fine Jean-Baptiste Vuillaume violin kindly loaned to her through the Beare’s International Violin Society, according to her website.