A personal trainer who wanted a £4,000 cutting-edge hair transplant - but says he ended up with a glued-on 'wig' that triggered his asthma - has won a

Trump’s approval rating returns to pre-COVID-19 high of 52 per cent, survey finds
Cut-price smart doorbells that are sold as offering security could let thieves into your home
I see no traps… that’s why I’ll seize our day of destiny, writes ANDREW BRIDGEN

A personal trainer who wanted a £4,000 cutting-edge hair transplant – but says he ended up with a glued-on ‘wig’ that triggered his asthma – has won a court fight to get his money back.

Super-fit Edward Willett told a court he ‘was shocked and started crying’ when he realised the hi-tech ‘hair system’ he had invested in after struggling with receding hair for years was instead ‘a toupee that cost £4,000’.

On top of his deep disappointment, distraught and tearful Mr Willett also suffered an asthmatic reaction to the bond-ing agent used to glue on the hair replacement, he told Judge Paul Brooks. 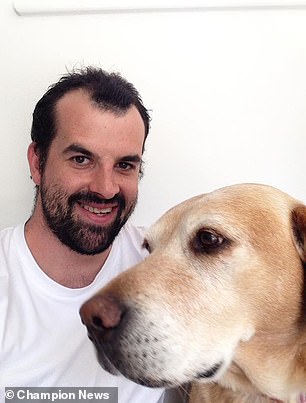 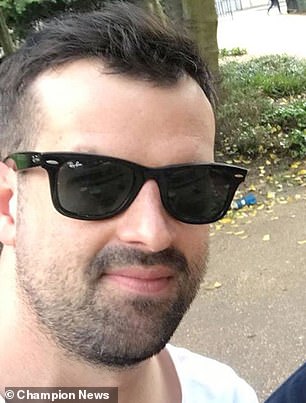 Fitness coach Edward Willett, pictured before and after the treatment, sued International Hair Studio (London) Ltd after he claimed he was misled during a consultation for what he thought would be a hair transplant. What he actually received was what he called a glued-on wig

The fitness coach, of Ipswich, Suffolk, sued International Hair Studio (London) Ltd, claiming he was ‘misled’ during a consultation prior to signing up for the work on his hair.

Richard Rowe, the boss of the company, told Central London County Court that Mr Willett had been clearly advised that he was signing up for ‘hair replacement’, rather than a surgical hair transplant.

But now Judge Brooks has ordered the company to hand Mr Willett his money back, plus damages.

Mr Willett, who specialises in providing personal training and fitness sessions for elderly and less mobile people, told the court that he went for a consultation with International Hair Studio, which has its HQ near Baker Street, London, after suffering for many years with receding hair.

He wanted hair transplant surgery, he told the judge, and thought that was what he was signing up for when, nearly a year after an initial consultation, he agreed a contract to fork out £4,000 for treatment in September 2017.

But the fitness instructor later realised what he was getting was not the transplant he had dreamt of.

‘He said that when he went back for the fitting in November 2017 he realised that what he had got wasn’t what he was expecting,’ Judge Brooks told the court.

‘He was shocked and started crying, he said he was misled and there was misrepresentation, and that he should be entitled to rescind and get his money back.’

Mr Willett had been struggling with mental health problems, the court heard, and his parents had offered to pay for hair treatment ‘to help rehabilitate him’.

‘He expected he was getting a hair transplant and not a hair replacement, which he refers to as a ‘wig’ or ‘toupee’,’ the judge continued.

‘Mr Willett said he asked during discussions with the (studio) representative whether what he was being supplied with was a wig and he was told that it was not.’

Mr Willett accepted signing the contract, but told the judge that he only took a ‘cursory’ look at it first, because he was feeling nervous.

‘At one point, I asked the representative if what was being described was a wig and he said ‘no’,’ Mr Willett added.

‘He said it wasn’t a wig, it was a hair system,’ he went on, explaining that he understood this to mean a hair transplant. 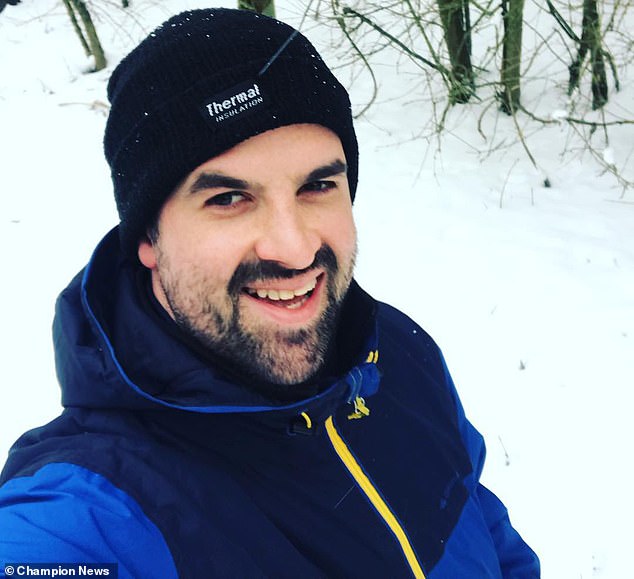 Mr Willett had been struggling with mental health problems, the court heard, and his parents had offered to pay for hair treatment ‘to help rehabilitate him’ in November 2017

What Mr Willett received was the studio’s ‘step by step hair replacement’ treatment, in which hair samples are taken from the scalp and matched to a fine mesh of human and synthetic hair later attached back onto the head using a bonding solution.

The judge also heard from Richard Rowe, director of the company, who insisted Mr Willett should have had no illusions about the treatment he was getting.

The contract clearly stated that he was buying a hair replacement and there was never any suggestion that he was to undergo some form of transplant surgery involving hair follicles, he said.

‘I fail to see how this was deemed to be surgery,’ he told the judge.

Mr Willett had been seen at the studio for over a year, he added, and was clearly advised about the treatment before signing any contract.

He should have been clear that the treatment he was getting involved ‘step by step non-surgical grafting,’ he said.

‘Mr Willett would have been taken through the procedure on a step by step basis so he fully understood what he was doing,’ claimed Mr Rowe.

Mr Willett’s dad, Colin Willett, said in evidence that his son did not initially complain because of his fragile mental state at the time.

‘The whole procedure was dressed up in fancy terminology, but it’s a toupee and it cost £4,000,’ he said.

‘He was never told it was just a wig.’ 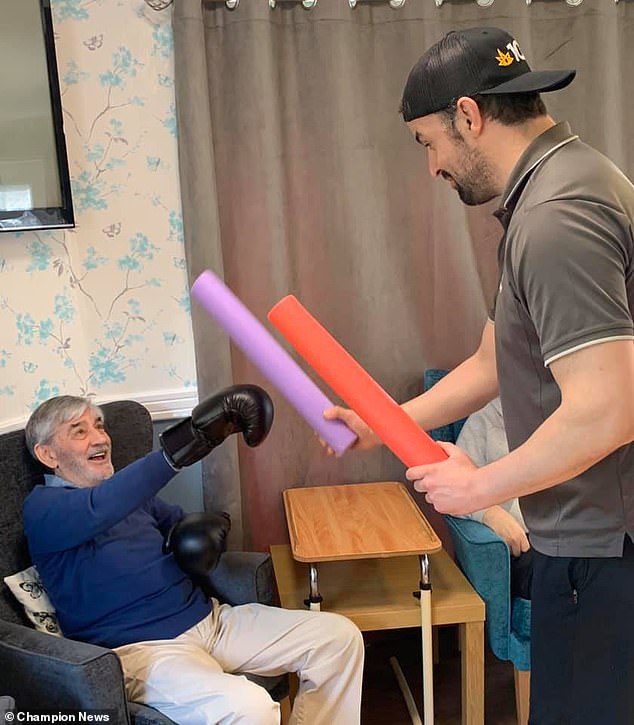 Edward Willett specialises in running fitness classes for the elderly in Ipswich, Suffolk

Judge Brooks ruled that the case hinged around the discussions Mr Willett had with the studio representative who had advised about his treatment, but did not give evidence.

He found Edward Willett a ‘truthful and compelling witness’ and there was no evidence to contradict his account, he said.

‘He said he asked the specific question if what he was getting was a ‘wig’ and was told that it was not,’ said the judge.

‘He therefore signed the document on that basis.’

The judge concluded that he was ‘satisfied Mr Willett should recover the sum he seeks and that the contract is effectively rescinded’.

International Hair Studio must now pay over a total of £5,887 to Mr Willett, which includes around £4,000 paid out for the treatment, plus damages and interest.