Jon Bernthal, the star of Marvel’s hit Netflix series The Punisher, slammed ‘misguided and lost’ MAGA supporters who used the iconic hero’s logo while rioting at the U.S. Capitol.

Bernthal’s comments come after the skull logo was spotted on multiple rioters including the masked zip-tie man wearing the logo on the front of his flak jacket.

Fans of the comics and show ripped into the rioters, with one fan writing: ‘No matter how many nut-jobs steal his logo, I’ll still be a Punisher fan.’

‘They don’t understand what it truly symbolizes. If they did, they wouldn’t wear it. And I’m not going to let them take it from me.’ 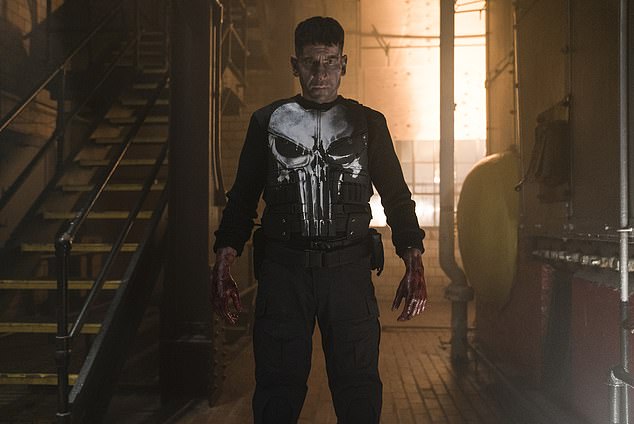 Jon Bernthal, the star of Marvel’s hit Netflix series The Punisher, raged against ‘misguided and lost’ MAGA rioters who embraced the hero’s symbol 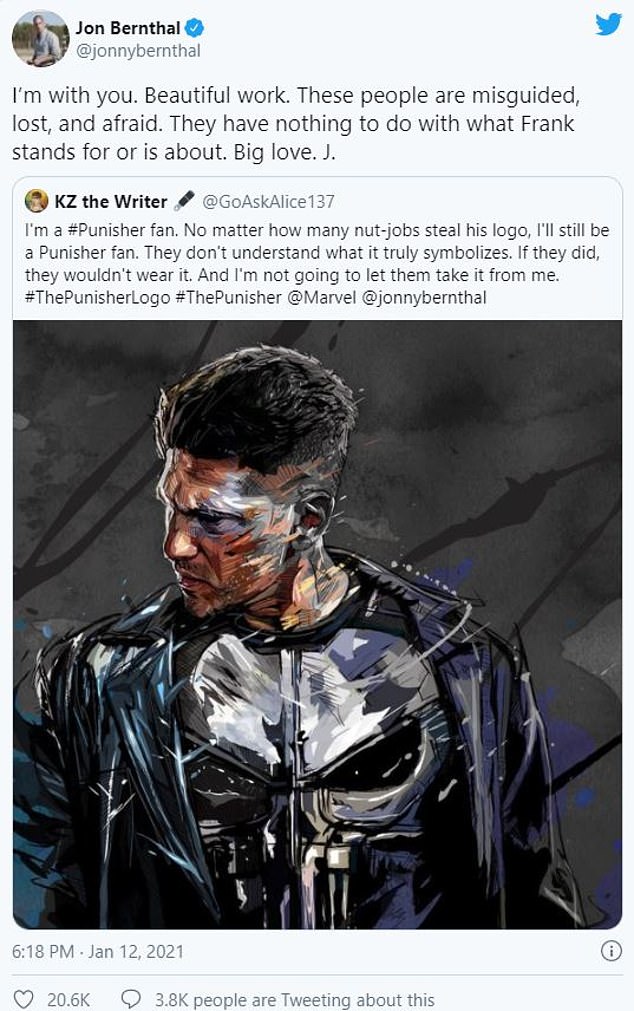 That tweet caught the attention of Bernthal, who retweeted it.

‘I’m with you. Beautiful work. These people are misguided, lost, and afraid. They have nothing to do with what Frank stands for or is about. Big love. J,’ Bernthal wrote.

Another fan called on Marvel to ‘either aggressively enforce their trademark so it isn’t printed everywhere or abandon the Punisher completely.’

‘You can’t allow your characters to be used by terrorists,’ @comictropes wrote.

Other photos taken from the Capitol riot includes a man wearing a military uniform with the Punisher logo visible on his right arm – where a real soldier’s unit patch would go underneath an American flag. 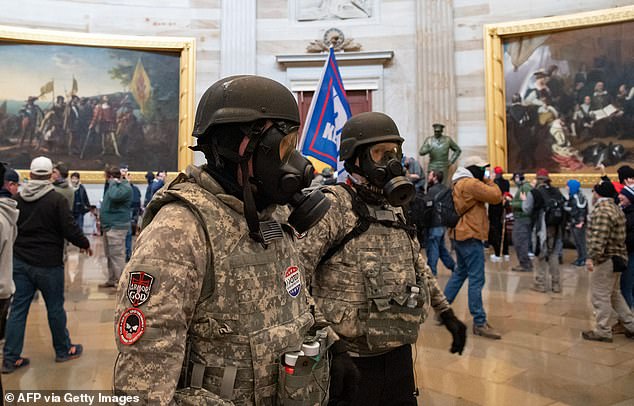 Comic book writer Garth Ennis, who has authored some Punisher stories and created The Boys, has long criticized the use of the logo by police and tore into their use during last week’s siege.

‘The people wearing the logo in this context are kidding themselves, just like the police officers who wore it over the summer,’ Ennis said, according to SyFy.

‘What they actually want is to wear an apparently scary symbol on a T-shirt, throw their weight around a bit, then go home to the wife and kids and resume everyday life.’

The signature skull has long been embraced by cops and members of the military, who relate to the fictional vigilante anti-hero and his military backstory.

‘It’s disturbing whenever I see authority figures embracing Punisher iconography because the Punisher represents a failure of the Justice system,’ Conyway told SyFy.

‘He’s supposed to indict the collapse of social moral authority and the reality some people can’t depend on institutions like the police or the military to act in a just and capable way.’

The Punisher launched on Netflix in November 2017 as a part of the streaming network’s The Defenders universe along with Daredevil, Jessica Jones, Luke Cage and The Iron Fist. 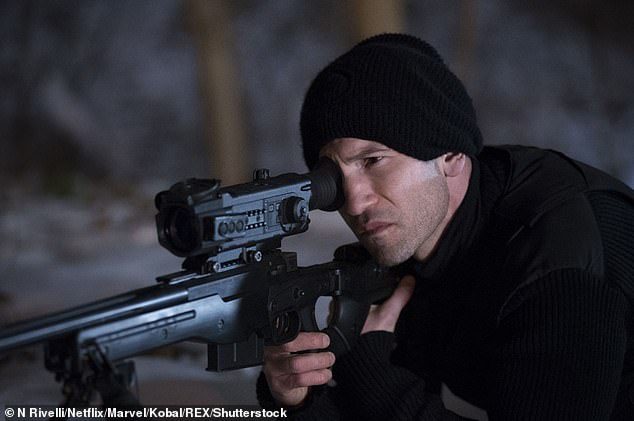 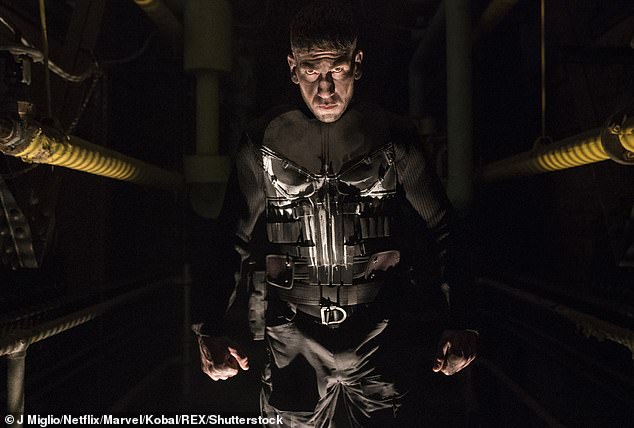 The series ran for two seasons before it was ultimately cancelled along with other Marvel content on Netflix.

But Bernthal has been reported to be in talks with returning the show for a third season.

In November, Bernthal appeared as a guest on the Geek House Show where he said he said ‘there’s always hope’ for a third season.

‘It’s unbelievably humbling how much people responded to this version of Frank, and I can’t tell you how much it means to me. He means so much to me. He’s in my blood, my bone,’ he said.

‘Too many people are focused on trying to get an opportunity in this business, and to me, it’s what you do with the opportunity you have.

‘Whether we do it or not, it’s about getting it right. Doing the version that fans deserve. We’ll see. All of those decisions are made in rooms that I am not invited into.’

Charlie Cox, who played Matt Murdock in the Netflix series Daredevil, is rumored to be reprising his role in Spider Man 3, according to ScreenGeek.

Daredevil ran for three seasons before it was cancelled in late 2018.

Loading...
Newer Post
Jordana Brewster scoops son Rowan, four, into her arms as she steps out for stroll with Mason Morfit
Older Post
Is THIS what causes IBS? Food poisoning can trigger an ‘allergy’ – and antihistamines can stop pain