A 3D-printed ‘cage’ could spare hundreds of Britons disabled by agonising bone fractures from limb amputation.The new metal implant, available on the

Coronavirus US: Pandemic caused 15k extra Alzheimer’s deaths
36 people developed rare blood disorder after covid vaccination
Doctor says taking Tylenol or Advil before getting a vaccine will DULL the effectiveness of the shot

A 3D-printed ‘cage’ could spare hundreds of Britons disabled by agonising bone fractures from limb amputation.

The new metal implant, available on the NHS, replaces bone in the shin and encourages new bone cells to fuse against it.

Unlike traditional last-ditch attempts to save crumbling bones in the lower leg, which involve a brace attached to the outside of the leg via holes in the skin, the cage works internally – and patients fitted with the new device can be walking within three months.

Doctors treat roughly 8,000 leg fractures a year, most of which heal quickly. But in severe cases the fragments of bone may not join back together, and crumble away. This is common in the shin bone, or tibia, which can lead to severe difficulties bearing weight. For hundreds of these patients, the damage is so severe the only option is amputation, and a prosthesis. 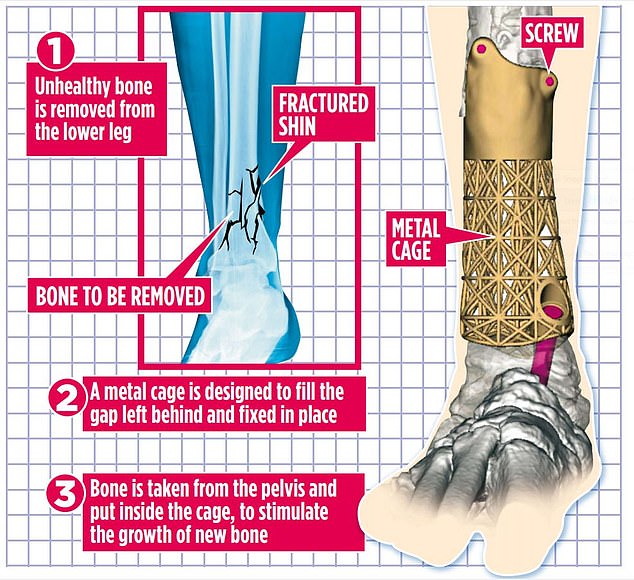 A graph explaining the 3D-printed ‘cage’. The new metal implant, available on the NHS, replaces bone in the shin and encourages new bone cells to fuse against it

For others, doctors offer a method called bone transporting, which involves attaching a metal brace – known as an external fixator – to the leg for at least six months. Held in place with pins that enter the bone via the skin, this frame slowly drags the bone apart, leaving space for new bone to grow in the gaps.

Yet this carries a high risk of infection – the wounds in the skin need to be cleaned regularly – and the process is lengthy. The whole treatment can take longer than two years. Realistically, for many patients, such as the elderly or those with compromised immunity, the brace is not appropriate.

Now, NHS patients are being offered a new technique to replace the damaged bone with a titanium cage, which acts as a scaffold for newly formed bone to fuse against it.

Bone is a live tissue, which is constantly broken down, absorbed by the body and replaced. If a bone is fractured the fragments need a supply of blood to heal. This is provided by nearby soft tissue. But in severe accidents, soft tissues can be stripped off the bone and this means the bone fragments will be deprived of blood and die off.

‘No matter what you do, that bit of bone will simply not heal, because it’s no longer alive,’ explains Nima Heidari, consultant foot, ankle and limb reconstruction surgeon at The Royal London Hospital.

The new technique has now been used in more than 30 UK patients. First, the patient undergoes CT scans to produce a 3D image of what their bone looks like. The surgeon can then work out how much bone needs to be removed – and the metal cage that will fill the gap is designed on a computer. 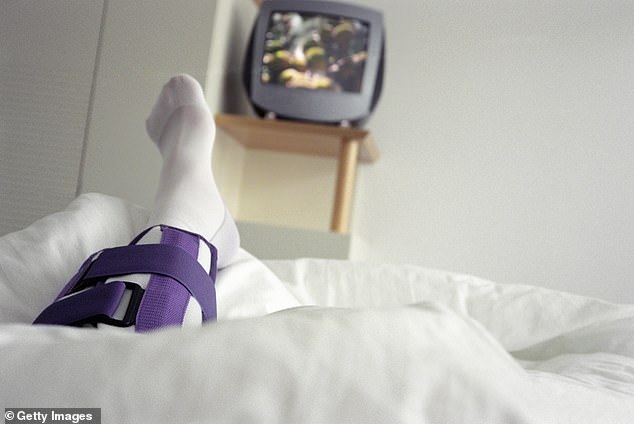 Doctors treat roughly 8,000 leg fractures a year, most of which heal quickly. But in severe cases the fragments of bone may not join back together, and crumble away (file photo)

Three cages are produced using 3D printing – a technology which turns a 2D image into a physical object – each a slightly different size so the surgeon can ensure the one used is a perfect fit. A few months later, patients undergo the first operation to remove the damaged bone. A temporary spacer, made of a glass-like material in the same shape as the cage, is put in the gap left behind – to hold its shape.

Four to six weeks later, the surgeon carries out a second operation, when the temporary bone is removed and the cage inserted and fixed in place using internal screws and rods. Bone is taken from another part of the patient’s body and placed inside the cage. This contains healthy bone cells that will help stimulate the growth of new bone in and around the cage. After three months, the leg should be strong enough for patients to stand, and even walk unaided.

Keith Lindridge, 56, from Brentwood in Essex, was among the first NHS patients to benefit from the technique. The building company managing director shattered both ankles in January 2016, after stepping backwards off a 10ft roof.

First, Keith had surgery to have metal inserted in his ankles to hold the fragments together. While his left leg healed, his right ankle – which was in 16 pieces – did not. He was left reliant on crutches, unable to work and his doctors were talking about amputation.

Keith had a 3½in gap at the bottom of his shin, where the bone had crumbled away. In May last year, he opted to try the new cage method under the care of Mr Heidari. Five months later, he began walking again. ‘I’ve lost a bit of movement in my ankle and it’s a little painful, but I’m back at work,’ says Keith. ‘I’m just so glad I was offered this.’

What to READ, WATCH AND DO 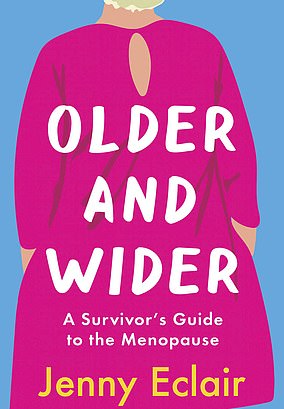 Comedian Jenny Eclair presents an honest and funny account of the menopause – sharing surprising lessons she has learnt along the way, as well as tips for coping. 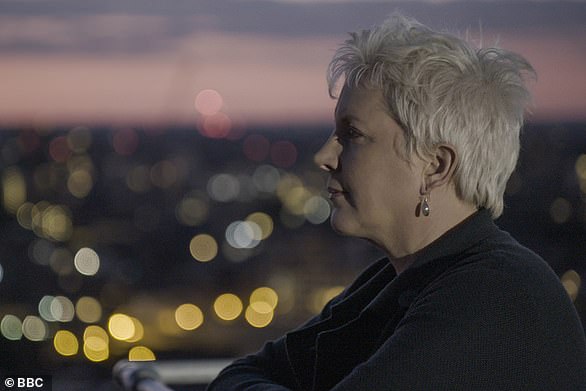 Top artists including Grayson Perry have collaborated to create three free, downloadable activity packs, with challenges and games to inspire families at home. Research has shown art can aid development in children and boost memory in older people too.

Loading...
Newer Post
Why gym fanatics claim measuring time BETWEEN your heart beats can tell you if you’re overdoing it
Older Post
It’s heartbreaking to see Prince Harry’s litany of gripes that corroded bonds with William and Kate