The 1975 have cancelled their 2021 tour amid the ongoing coronavirus pandemic.

They also revealed they are currently in the process of making a new album, but while Matt admitted that it won’t be released for a while, ‘other stuff’ will be out in the meantime – likely music from the band’s side-project, Drive Like I Do. 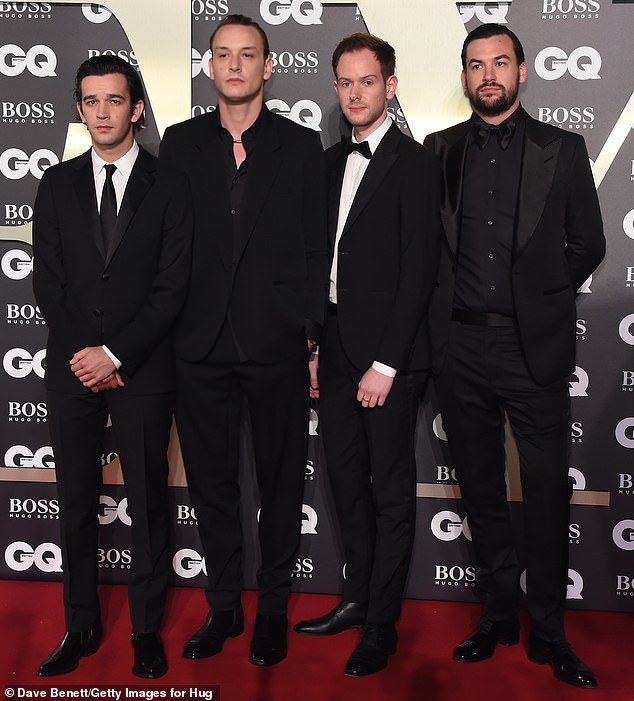 The 1975 shared the notice on their Instagram on Tuesday, saying: ‘We are really sorry to announce that we have made the decision to cancel all scheduled touring for 2021.

‘These are incredibly difficult times for a lot of people, and until we can be sure that we will be able to play shows in a way that is safe for our fans and crew, we have decided the best course of action is to cancel our touring so that, where possible, everyone can get their tickets refunded sooner rather than later.

‘We’re currently making a new album and look forward to seeing you all at a show as soon as it is safe to do so. 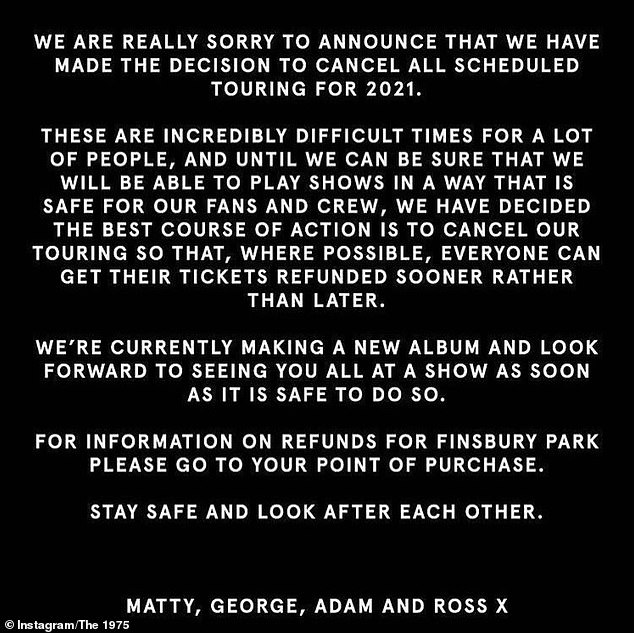 ‘Stay safe and look after each other’: The band have cancelled performances until they ‘can be sure’ they’ll ‘be able to play shows in a way that is safe for our fans and crew’

‘For information on refunds for Finsbury Park please go to your point of purchase. Stay safe and look after each other. Matty, George, Adam and Ross x’ [sic]

The tour was due to start on February 12 in Copenhagen, Denmark, and end in Barcelona, Spain, on March 9.

They were also due to give a performance at Finsbury Park in London in July and at various festivals across Europe this summer, including Boardmasters in Newquay. 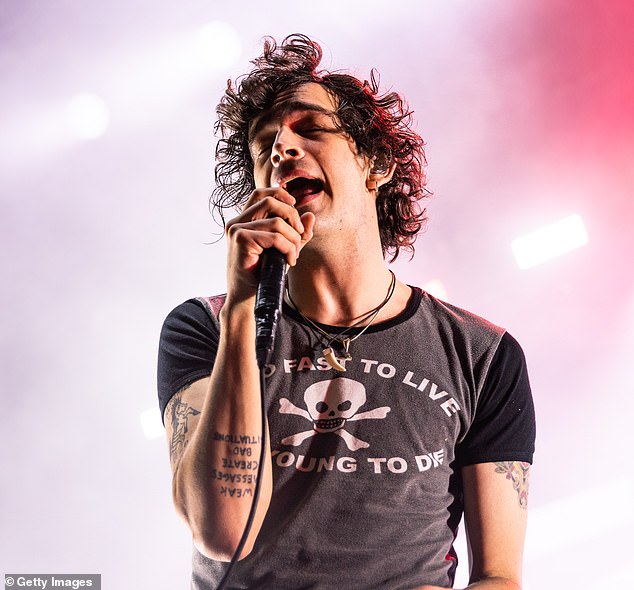 Coming soon? They also revealed they are currently in the process of making a new album, although Matt (pictured in February) admitted that it won’t be out for a while, but ‘other stuff’ will be out in the meantime

Matt also shared the notice on his own Instagram account, captioning it: ‘This is so s*** as I love attention, especially on a stage with loads people shouting “I love you!” or “rat lives matter! or “play antichrist!

‘I already love the new album we are making and I hope you will too. That won’t be out for ages. Other stuff will be tho👀’ 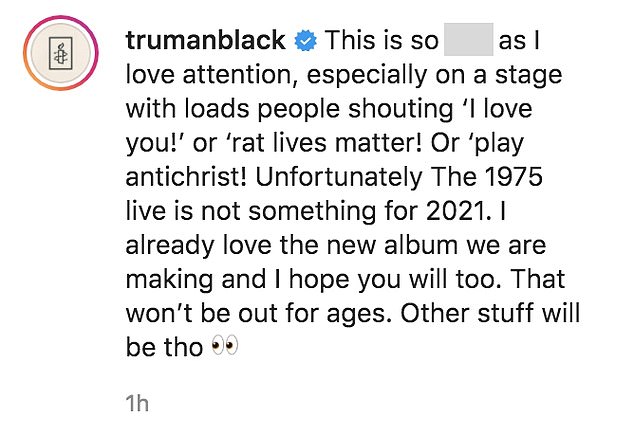 New material: Matt said that he ‘already loves the new album’ and hopes that fans will too

Loading...
Newer Post
Dr Fauci warns there is a ‘possibility’ the US has its own super-covid
Older Post
Pictured: The megayacht that comes with a helicopter landing pad and its own fold-out BEACH CLUB