Derwyn Lauderdale, 29, who worked as a football coach and teacher at Travis High School in Richmond, Houston, died after being shot in the st

Driver ‘doing burnouts’ charged after $100,000 Mercedes bursts into flames in Chester Hill
Coronavirus France: Gridlock as thousands try to flee Paris ahead of new month-long lockdown
Holland considers allowing euthanasia for children aged from one to 12 years of age 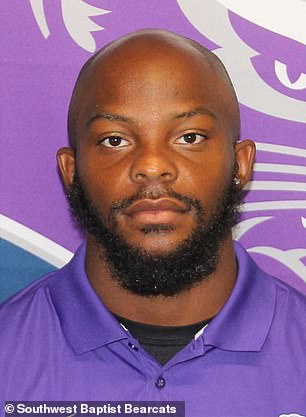 Derwyn Lauderdale, 29, who worked as a football coach and teacher at Travis High School in Richmond, Houston, died after being shot in the stomach in a parking lot in Rosenberg, Texas on Saturday.

A High School football coach was gunned down outside a youth football game in Texas on Saturday following a family dispute.

Derwyn Lauderdale, 29, who worked as a football coach and teacher at Travis High School in Richmond, Houston, died after being shot in the stomach in a parking lot in Rosenberg, Texas on Saturday.

Lauderdale was rushed to hospital with a single gunshot wound to the abdomen but medics were unable to save him, ABCNews reported.

The suspected gunman, James Hamilton, 28, of Houston, is said to have shot Lauderdale outside the Seabourne Creek Sports Complex, where young people were preparing to take part in a football game.

Police said the shooting was related to a family feud between the two men, though they are yet to release details on what the quarrel was about.

‘What a sad set of circumstances that took place during this event. Children came to play a game they love, only to have it ruined by a career criminal committing an act of family violence,’ Rosenberg police Chief Jonathan White said at a news conference. 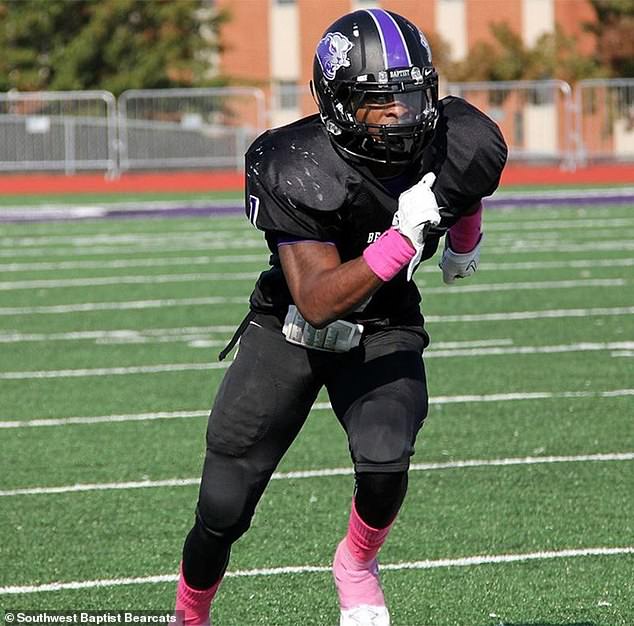 ‘Our thoughts and prayers go out to those affected by this tragedy and we will pursue appropriate charges so justice may be served.’

On arrest, Hamilton was found with a handgun in his possession. The weapon had been reported stolen by the Houston Police Department, officials said.

The 28-year-old had an extensive criminal history, according to police, with offences ranging from the unlawful carrying of a weapon to terroristic threat causing fear of imminent serious bodily injury.

A witness told ABC affiliate KTRK she saw a black Mercedes pull up alongside Lauderdale’s car.

She added that she saw Lauderdale got out of his vehicle with a child and approached the Mercedes before Hamilton shot him dead.

The child accompanied by Lauderdale began crying uncontrollably after the attack.

Hamilton was still at the scene when police officers arrived, according to officials.

Travis High School principal, Sarag Laberge, confirmed Lauderdale’s position as a first-year teacher at the school and an assistant coach on the varsity football team.

In a statement, Laberge wrote: ‘Dear Tiger families, I am writing with a heavy heart, after learning about the tragic and sudden death of a Travis High School staff member.

‘This news has shocked our THS community and has left us heartbroken for his family. While we do not have additional information to share at this time, I want to make you aware and ask you to join me in keeping his family and friends in your thoughts and prayers.’

Loading...
Newer Post
Dominic Perrettet declares his support to NSW Premier Gladys Berejiklian after secret lover revealed
Older Post
How Covid-19 cases are less than HALF of Whitty and Vallance’s doomsday prediction of 50,000