Parramatta Eels star Blake Ferguson has split from his glamorous heiress girlfriend just months after the couple announced their engagement. 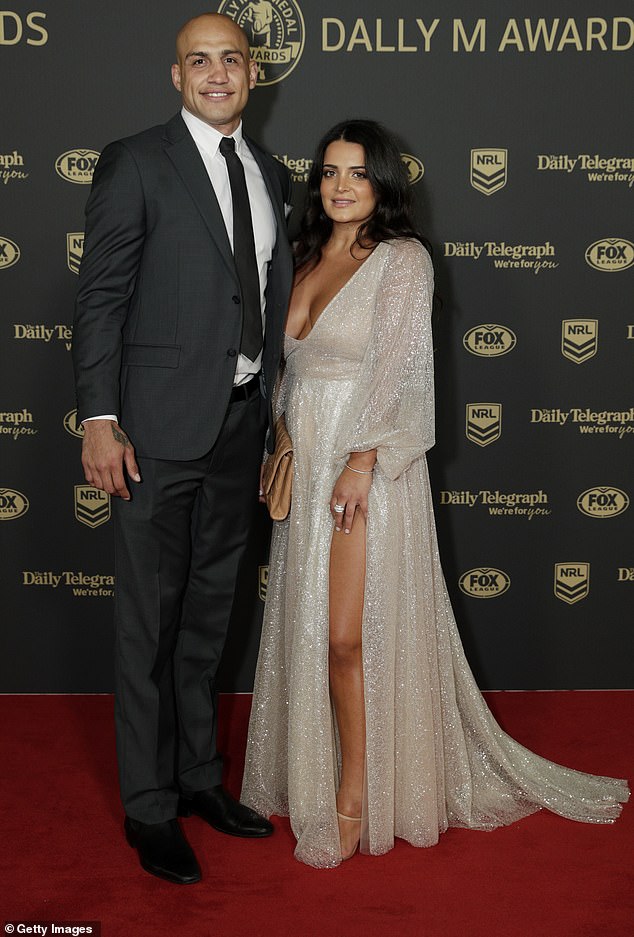 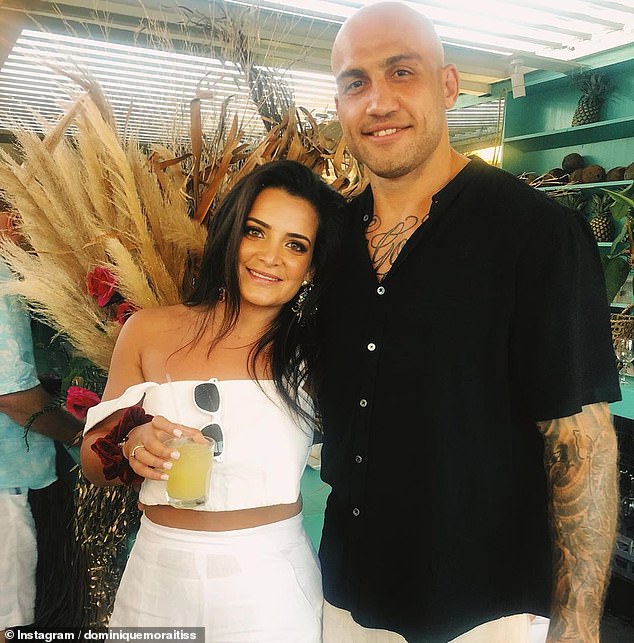 Wedding is off: Indigenous NRL star Blake Ferguson and fiancee Dominique Moraitis have split after a five-month engagement

The couple became an item in January 2019, going public at the Dally M Awards in October of that year where Dominique had all eyes on her in a glittery low-cut ensemble.

Ferguson, who converted to Islam in 2013, also has two children, Harlo and London, with his former partner Bianca Menniti.

The game’s best winger has taken refuge at controversial boxer Anthony Mundine’s home to recover from the shock wedding cancellation.

Mundine is Ferguson’s cousin and mentor.

‘He is family so I will always be there for him. I am here to support and guide him in any way I can. I am helping him get to a good space,’ Mundine told the publication.

The indigenous star winger has lived with Mundine periodically since he was sacked by the Raiders in 2013. 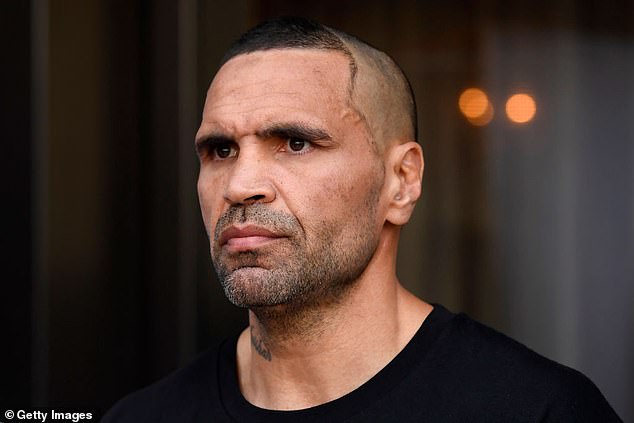 Boxer Anthony Mundine, 45 (pictured) has taken in his younger cousin Blake Ferguson after his shock split from his pregnant fiancee, heiress Dominique Moraitis 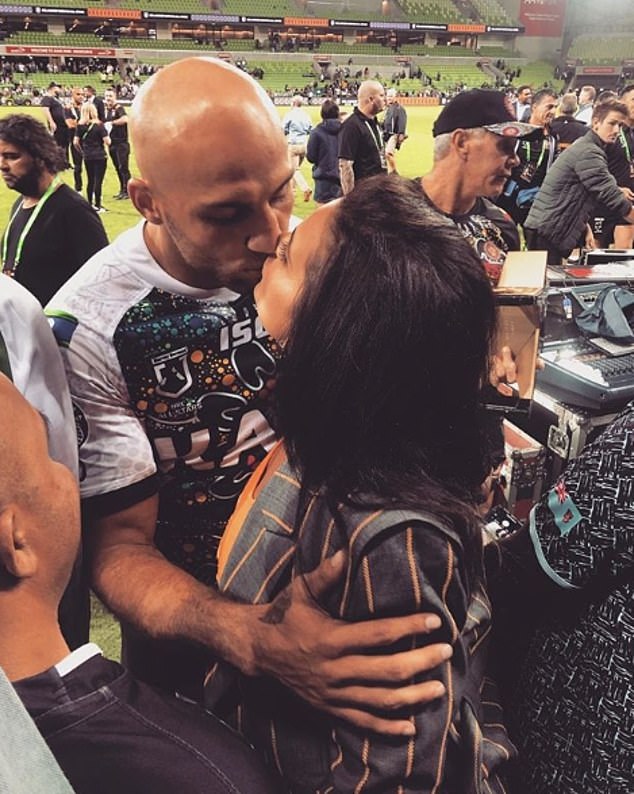 Pictured: in happier times, the couple kiss after a match. Blake Ferguson has now split from Dominique Moraitis

Mundine has encouraged him to stay focused on his football and warned against Ferguson being led astray by the wrong crowd.

The star has had a troubled past, flecked with addiction and controversy.

In 2017 Ferguson opened up about the gambling problem that had threatened to ruin his career and his life.

Ferguson, then playing for the Sydney Roosters, checked himself into a rehabilitation centre attempting to overcome the betting addiction that cost him thousands of dollars.

In June 2014, Ferguson was banned from pubs, clubs and bottle shops by a judge at an appeal hearing in Sydney.

The winger had been appealing against a conviction for a 2013 indecent assault charge after he groped a woman’s crotch while at Cronulla’s 2230 nightclub.

The judge upheld his guilt but set aside his conviction on the provision that he stay away from alcohol outlets and seek counselling for alcohol abuse.