Scott Morrison has landed in Queensland for the first time in months due to COVID-19 only to slam Annastacia Palaszczuk's border closures.The Prime Mi

Scott Morrison has landed in Queensland for the first time in months due to COVID-19 only to slam Annastacia Palaszczuk’s border closures.

The Prime Minister travelled to the Gold Coast to support Liberal National Party leader Deb Frecklington ahead of the state’s upcoming election due to be held on October 31.

While Mr Morrison was there he savaged the premier’s decision to keep the borders closed, claiming they are damaging the economy and keeping families separated. 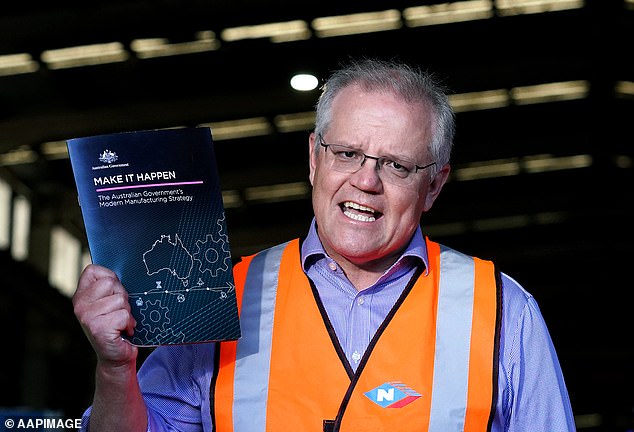 The Prime Minister travelled to the Gold Coast to support Liberal National Party leader Deb Frecklington ahead of the state’s upcoming election due to be held on October 31 (pictured in Currumbin Waters, Queensland on October 10)

‘You would only have borders closed for as long as you absolutely have to have them,’ Mr Morrison said.

‘They are not something I suppose to boast of, they are things that are necessary, but are regrettably necessary in many occasions.

‘So when you have to have them, well, let’s have them based on medical advice and for only as long as you absolutely have to because the longer they are there, the more they do stop jobs.’

Mr Morrison said he spent the last 14 days in the ACT before travelling to Queensland, as is required under the state’s rules.

He called out Opposition Leader Anthony Albanese for not doing the same thing.

‘I noticed that the Leader of the Opposition Anthony Albanese didn’t spend 14 days maybe, and it’s not so clear for him to come up here I don’t know,’ he exclaimed.

Ms Palaszczuk hit back at Mr Morrison and said the people of Queensland would not be swayed or impacted by his comments.

He called on Ms Palaszcuzuk to ensure her border rules are clear for all entering. 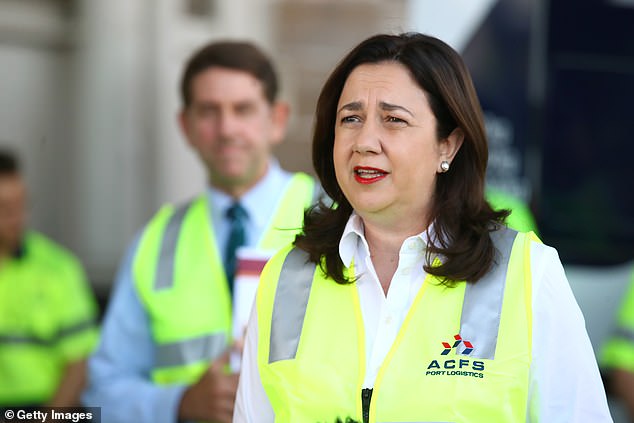 ‘Queenslanders also know there’s been one party, and one government, that’s been absolutely focused on protecting them and keeping them safe.’

She said Mr Albanese is always welcome to enter her state.

Queensland has given NSW 28 days to have no community transmission of COVID-19 in order to reopen the border.

On Saturday, a nurse who tested positive to COVID-19 and another locally acquired case were the only two reported in NSW.

Queensland recorded one new case on Saturday, a man in his 20s, who had recently returned from the Philippines and had been in hotel quarantine for 10 days before he was diagnosed with COVID-19.

In the state’s north in Townsville, wastewater testing has revealed traces of COVID-19 in what authorities say is a worrying development.

Health authorities will work with the people in Townsville to help get testing numbers up and find any cases lurking within the community.