Teenager who allegedly assaulted man, 57, and proudly posted it on Snapchat plans to plead guilty
I’m sorry I haven’t a clue! BBC’s Radio 4 favourite is named greatest of all time
East coast residents brace for heavy rain that could spell disaster for beachside mansions

A scorned Illinois woman allegedly fatally shot her boyfriend after discovering he had another girlfriend and then video-called his lover as he lay in a pool of blood behind her, prosecutors say.

Rosa Lagrone, 34, is accused of shooting her 27-year-old boyfriend Darnell Manns during a domestic argument at home in Naperville Township, an unincorporated area of DuPage County, last Friday.

Manns was initially hospitalized in a critical condition with a bullet lodged in his spine. However, he died from his injuries three days later on Monday night at 7pm.

Lagrone, a mother-of-five, was arrested after the shooting and charged with attempted murder. That charge is expected to be upgraded to first-degree murder before her arraignment on December 7, following Manns’ death. 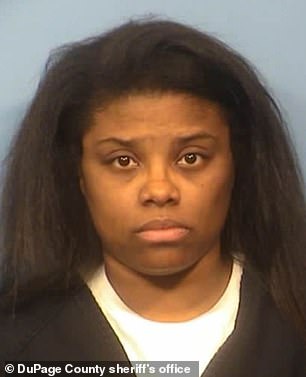 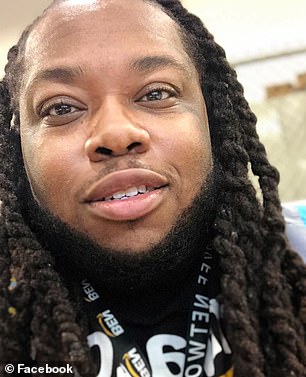 Rosa Lagrone, 34, is accused of shooting her 27-year-old boyfriend Darnell Manns during a domestic argument at home in an unincorporated area of DuPage County, in Naperville, last Friday

During a bond hearing on Sunday, prosecutors claimed Lagrone shot Manns at 2:15pm on November 6, after confronting him about another woman he’d been dating. She apparently first learned of the affair a week earlier on October 30.

Amid the feud, Manns reportedly attempted to pack his bags and move out of their shared home in the 25W000 block of Keswick Lane.

It was at this point that Lagrone claims her gun went off accidentally.

However, immediately after the shot rang out, DuPage County Assistant State’s Attorney Mandy Meindl said LaGrone then used her boyfriend’s Facebook page to contact his mistress through a live video chat.

The video, which does not include audio, appears to show the victim on the ground in a pool of blood and speaking, Meindl said.

The footage also shows someone off screen, believed to be Lagrone, kicking Manns at least twice.

Lagrone, who has five children – ages 18, 14, 13, 10, and 6 – called a relative after the shooting and told them to come and pick up her four youngest children, who were waiting outside in a car, Meindl said.

‘You have to come get the kids right now. I’m going to jail for the rest of my life,’ Lagrone allegedly told the relative.

The four children heard arguing throughout the day but did not hear the gunshot, according to Meindl. Her eldest child was not at home at the time. 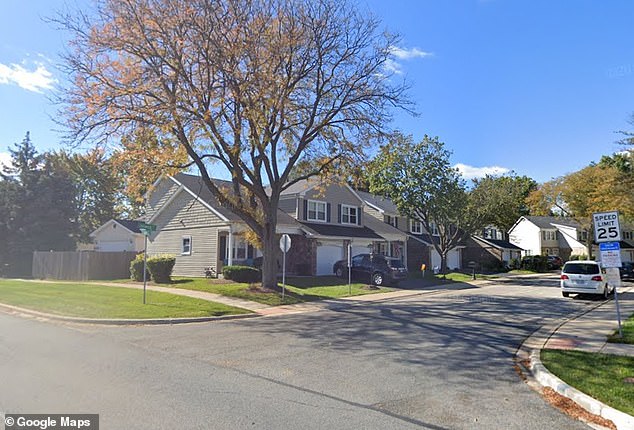 Amid their feud last Friday, Manns reportedly attempted to pack his bags and move out of their shared home in the 25W000 block of Keswick Lane (above). It was at this point that Lagrone claims her gun went off accidentally 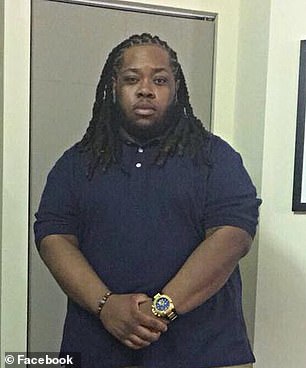 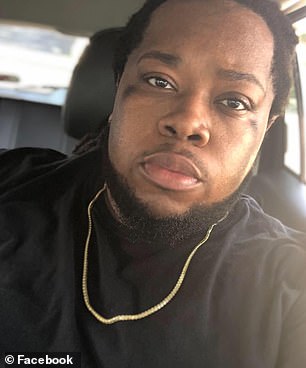 Tributes have been paid on social media to Manns, who wa described by friends and family members as a ‘good’ and ‘respectable’ man

Manns was shot once, and the bullet went through his arm and lodged in his spine, Meindl said.

Police recovered the weapon used in the shooting along with one spent shell case and another unspent round, authorities said.

A judge set bail for Lagrone at $1.5 million. In addition to attempted murder, she’s also facing charges of aggravated battery involving the discharge of a firearm and aggravated domestic battery.

‘Just days removed from Domestic Violence Awareness Month in October, we are faced with this tragic shooting of a young man near Naperville,’ DuPage County Sheriff James Mendrick said in a news release. ‘Domestic violence cases are up, in DuPage County, nearly 50 percent over the same period last year and this cannot be tolerated.’

Tributes have been paid on social media to Manns, who was described by friends and family members as a ‘good’ and ‘respectable’ man.

According to his Facebook page, he was working at an Amazon fulfillment center at the time of his death.

Mona Williams, of Monroe Baptist Church in Bellwood, wrote: ‘Darnell was such a good kid and grew into a respectable young man. He will truly be missed.’

Friend Brie Symoné added: ‘I just can’t believe it or wrap my head around it. Domestic violence is real for men too but that’s a conversation no one wants to have. Rest well duet partner. They’ll never be another voice like yours.’

Lagrone is due back in court on December 7. If convicted of attempted murder, she could face up to life in prison. It’s unclear if she’s hired an attorney.

Loading...
Newer Post
Homeless men living in Upper West Side hotel ‘being bribed with money and food’ so that they leave
Older Post
Diego Maradona pictured leaving hospital in an ambulance