Police find £580,000 of cannabis in underground bunkers dug under a farm

Police discovered £580,000 of cannabis after they raided a series of underground bunkers which had been dug under a farm.Officers swooped on the farm

Police discovered £580,000 of cannabis after they raided a series of underground bunkers which had been dug under a farm.

Officers swooped on the farm in the Lincolnshire village of Skendleby to find four bunkers made of shipping containers buried 20ft underground, with their entrances concealed inside the barns.

During their operation, officers also discovered more than 300 tonnes of illegal waste, a shotgun and six stolen cars at the site.

A llama and 22 horses, which were all kept in poor conditions, were found at the farm.

Three men, aged 34, 35 and 28, were arrested on suspicion of production of a Class B drug, burglary with intent to steal, animal welfare offences and possible waste offences following the raid. 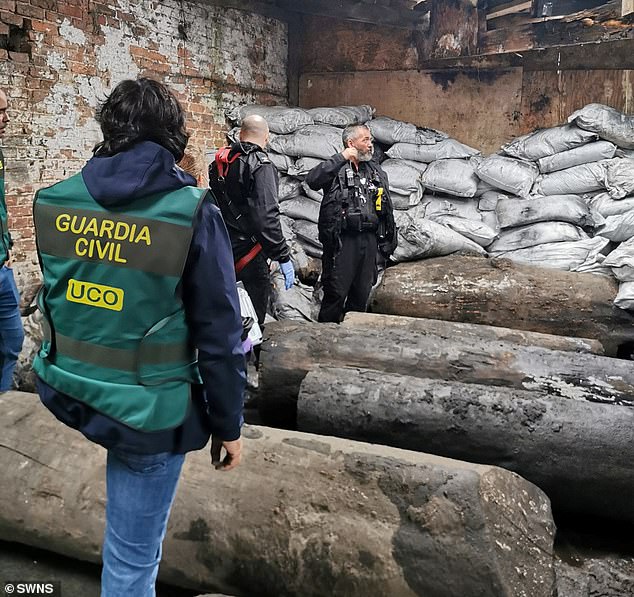 Police officers raid the farm in the Lincolnshire village of Skendleby where a £580,000 cannabis factory was found 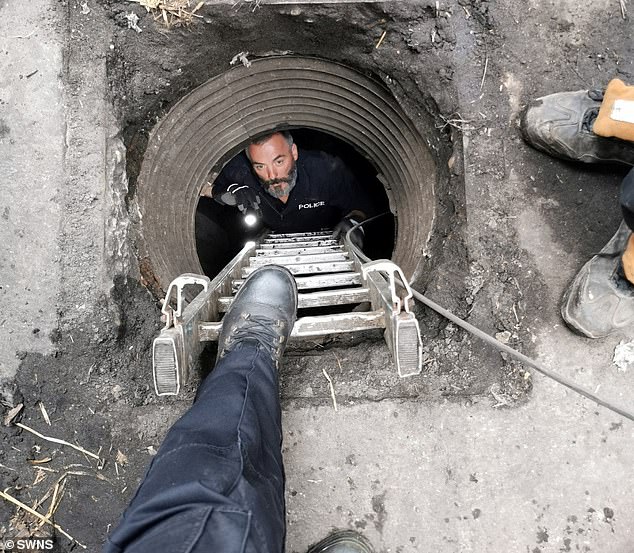 The 34-year-old was also arrested on suspicion of possession of a prohibited firearm and theft of a motor vehicle.

They have been released on bail while the investigation continues.

The pre-planned operation, which took place on September 3, was orchestrated by officers from Lincolnshire Police, the Spanish Civil Guard, the Environment Agency and Dyno-Rod.

In total 12 shipping containers were used to make up the bunkers and house a large number of cannabis plants.

Officers estimate the drugs would have a street value of approximately £580,000.

Detective Superintendent Rick Hatton, of Lincolnshire Police said: ‘We are extremely grateful to our counterparts in Spain and our partners for assisting with the exploration of this site.

‘With the operation being underground we have needed some real specialist support to uncover this activity.

‘Only with the skills of those who joined us from Lincolnshire Fire and Rescue, the Environment Agency, East Lindsey District Council, RSPCA, Dyno-Rod and the Home Office’s Defence Science and Technology Laboratory have we been able to get to this point.’ 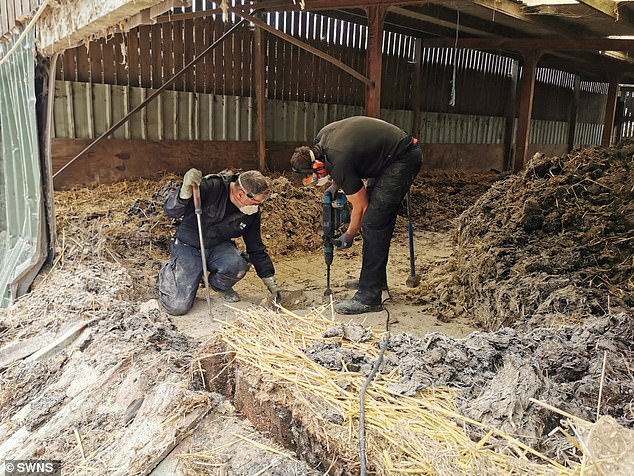 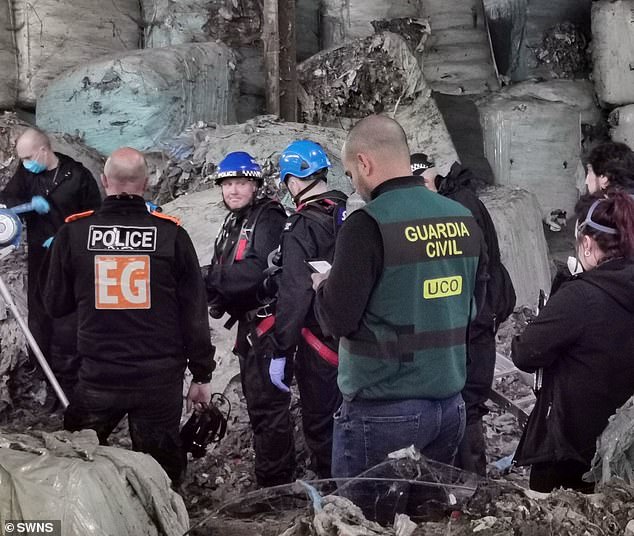 Officers from Lincolnshire Police, the Spanish Civil Guard, the Environment Agency and Dyno-Rod were involved in the raid 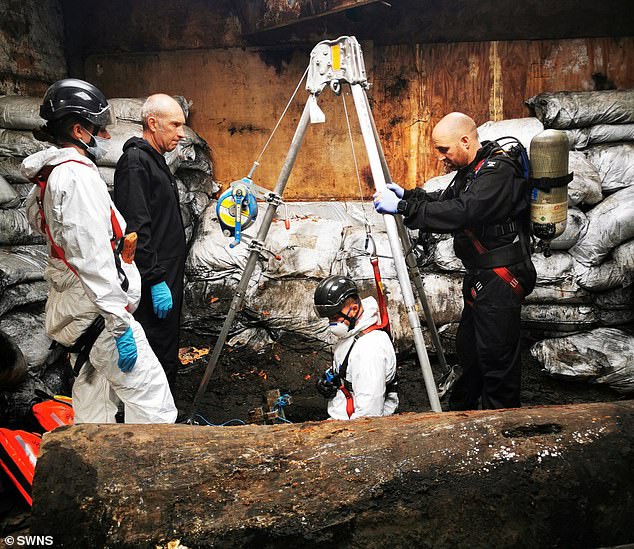 Environment Agency Area Director Norman Robinson said: ‘Waste crime is serious – it blights communities and risks real harm to people’s health and the environment, and we won’t hesitate to take action against those responsible.

‘We’ve now been able to put a stop to illegal activity on this site – a testament to the determination, joint-working and intelligence-sharing between multiple organisations.’