A young NRL star is grieving the death of his older brother after a horror car accident left him quadriplegic at just five months old.Brisbane Broncos

A young NRL star is grieving the death of his older brother after a horror car accident left him quadriplegic at just five months old.

Chace and his parents were involved in a horrendous collision on a road between Canberra and Goulburn in 1999, when his mother, Joan, was pregnant with Payne, now 20.

Little Chace was airlifted to Prince of Wales Hospital in Sydney and in the weeks to follow his family learned the whiplash from the accident snapped his neck.

They were told he would never walk a day in his life. 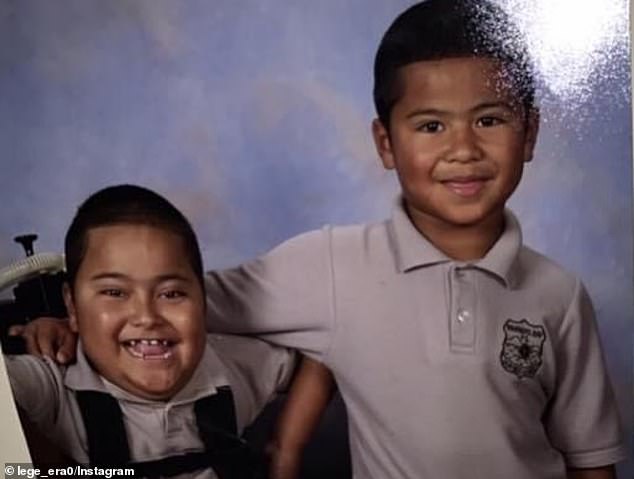 Payne Haas revealed his 22-year-old brother, Chace, (pictured together as children) died this week after a decades-long fight for survival

On Thursday, the Broncos star revealed his older brother died, admitting he was ‘confused’ by the loss.

‘I know you won’t want me down. Just going to soldier on ’til my heart stops like you did,’ he wrote on Instagram alongside a photo of the pair as youngsters.

‘I love you forever my best friend, my role model but most importantly my big brother. Going to miss our banter and your big smile.’

In the touching post, Payne said his brother was ‘there for him’ when nobody else was. 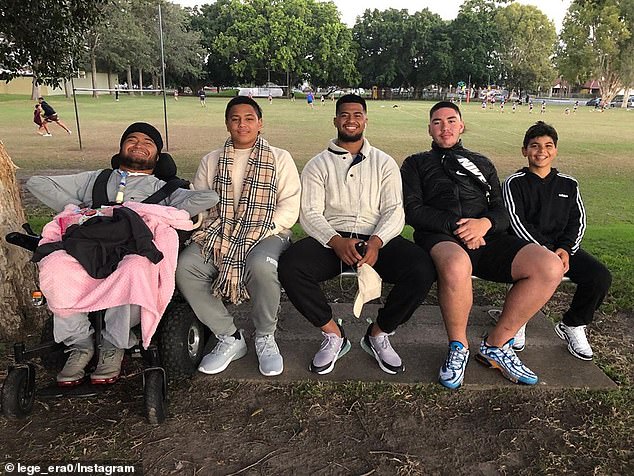 On Thursday, the Brisbane Broncos star revealed his older brother (pictured, far left) died, admitting he was ‘confused’ by the loss 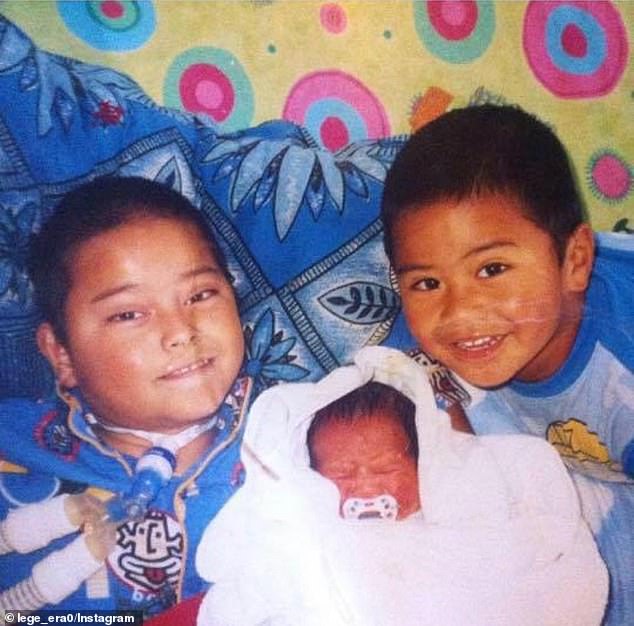 ‘Staunchest person I’ve ever met… I’m missing you already honestly… I’ll see you soon, say hello to grandma for me.’

The post was met with support from teammates and others in the league who sent their best to his family.

Ahead of his State of Origin debut in 2019, Payne revealed to NRL.com that he wished he could take his brother’s place.

‘If I could go back and put myself in the situation he was in, I’d take that burden for him. I would love to see him live the life I am. I’d sit in that chair for the rest of my life to see him walk. 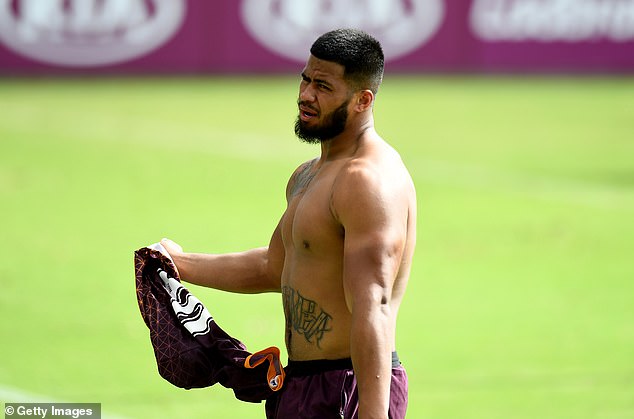 Ahead of his State of Origin debut in 2019, Payne (pictured) revealed to NRL.com that he wished he could take his brother’s place 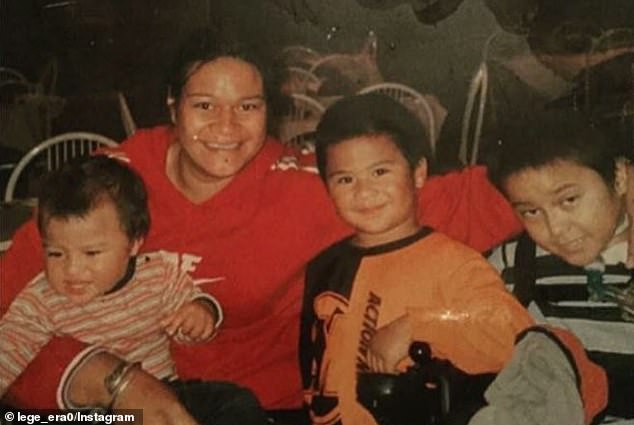 Ahead of Payne’s emotional debut game, his brother said he couldn’t have been prouder (pictured together as children with their mother)

‘Sometimes I cry in my room. I pray sometimes that things were never like that. I wish he was running around like us. Dad used to show us photos of how Chace was on life support. I’ve got life pretty easy. My brother knows real struggle.’

Ahead of Payne’s emotional debut game, his brother said he couldn’t have been prouder.

‘When he said he was going to play for the Blues … It means everything to me. More than to him. I was very emotional to hear it. I’m blue to the bones. Always have been, always will be. Words can’t describe how I feel about my little brother,’ he said.

‘When he runs on the field, he takes all of us with him. Every day I look up to my little bro. Every time I see him on TV he makes me really happy. He’s 100 per cent my hero. I will always protect him, no matter what.’ 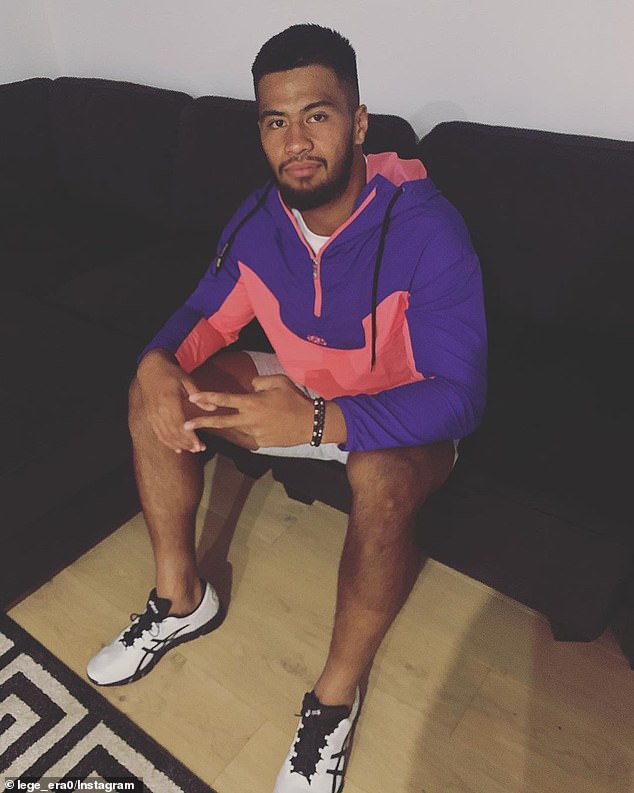 Loading...
Newer Post
Anti-vaxxer Isabel Lucas disguises herself during coronavirus Zoom chat
Older Post
Bill de Blasio is slammed by EMT union boss as 400 of paramedics will be out of a job in October