Britain's first agricultural bank in 100 years has launched a new best buy one-year fixed-rate bond, except for one catch: none of the interest will b

Drug duo Astrazeneca and Synairgen soar as Covid battle intensifies
Direct cremations made up a quarter of all funerals during early pandemic
I have had intermittent internet signal over the past few weeks. How can I get compensation?

Britain’s first agricultural bank in 100 years has launched a new best buy one-year fixed-rate bond, except for one catch: none of the interest will be paid to savers.

Oxbury Bank, which opened its doors in early February and lends money solely to British farmers, has launched a new ‘Forest Saver’ that will plant trees with savers’ pounds.

Rather than paying interest at a rate of 0.7 per cent, which would be the top rate in This is Money’s best buy tables thanks to the deadwood currently on offer from major banks, earnings will be used to plant trees to mitigate a saver’s carbon footprint. 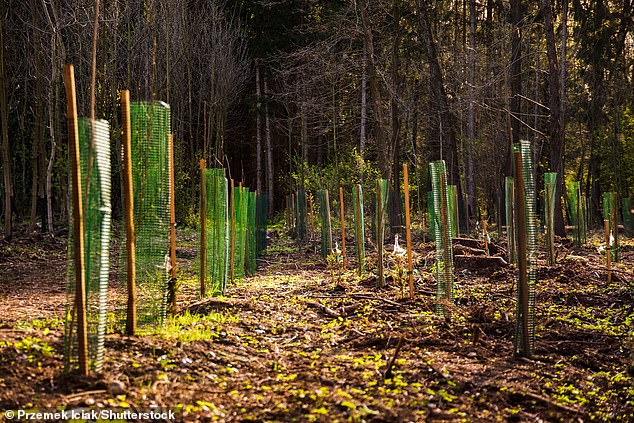 The one-year fixed-rate bond can be opened with £1,000 and up to £85,000 can be deposited into the account, which is protected by the Financial Services Compensation Scheme.

The move comes as Britain’s banks and other financial firms increasingly seek to burnish their green credentials as Prime Minister Boris Johnson hopes the country can hit net zero by 2050.

Sharia bank Gatehouse has said it will plant a tree for every account opened or renewed with it, while other banks have also launched green savings accounts with the money supposedly earmarked for sustainable goals.

The Government also announced in last month’s Budget that it would launch green savings accounts through National Savings & Investments later this year to enable everyday savers the chance to buy into plans for a ‘green industrial revolution’.

James Blower, an adviser to savings banks and founder of The Savings Guru, previously told This is Money he expected ‘more cause-based savings accounts’ which would ‘pull on our emotions, rather than financially reward us’.

That would certainly appear to be Oxbury’s plan, given the Cheshire-based bank will not pay savers any interest at all on money deposited into the one-year bond.

Oxbury Bank’s co-founder Tim Coates said of the unusual account: ‘Practical options for consumers to make their own significant contribution to reversing the impact of climate change are remarkably few and far between. 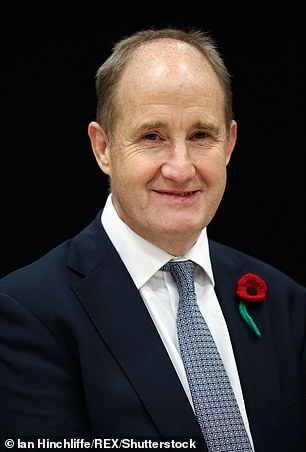 ‘The Forest Saver will have a uniquely positive impact – protecting customer savings and the planet, while also supporting British farming – and with interest rates at all-time lows it offers our customers a cost-effective way of making a meaningful difference as they save.’

The account was also backed by the Tory MP Kevin Hollinrake, the chair of the all-party parliamentary group on fair business banking.

He said: ‘It will help change behaviours by specifically linking the amount people save with the amount of impact they can have in helping to tackle climate change.

‘I’m not aware of any other savings product that links savings amounts with climate impact.’

The way in which it uses savers’ money is somewhat complex, but the account is based on a fixed cost of carbon captured through planting trees funded using the interest depositors have earned on their money. This initially will be £10 a tonne.

The planting of the trees will generate something known as a pre-issuance unit. These will be granted on planting to say trees should grow over a 10-year period to capture a tonne of carbon, at which point these units are converted into carbon credits.

As a result, the more money that is deposited into the account, the more trees are planted and the more CO2 captured.

Figures from the World Wide Fund for Nature estimate that the average UK citizen emits 10.5t of CO2 a year, which could be mitigated through a deposit of £15,000, the bank said.

Trees are planted in partnership with the company Forest Carbon, which has seeded over 9.5million saplings since 2006. Those funded by the new account are being planted at Ruddenleys Farm in the Scottish Borders, near the town of Peebles and around 23 miles south of Edinburgh. 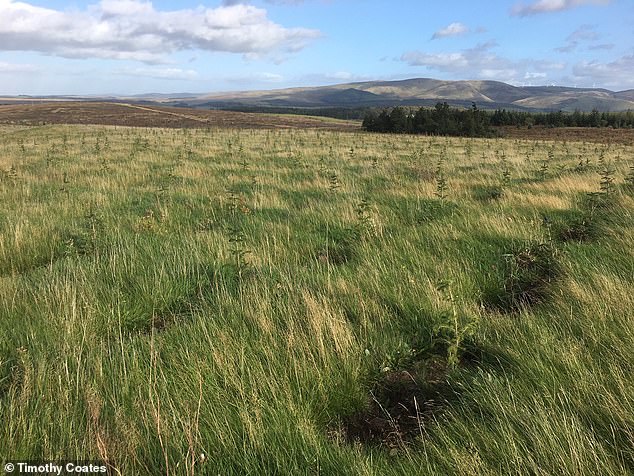 The first ‘Oxbury Forest’ is being planted near Peebles, in the Scottish borders

Some 70,000 trees have already been planted and nearly 11,000 tonnes of CO2 captured, according to Forest Carbon, with the bank effectively underwriting a planting project and allocating pre-issuance units to savers if and when there is take-up of the account.

The bank hopes to potentially move towards a model in future where a fund is built using savers’ money and trees planted afterwards, if it proves popular, with sites across the UK set to follow.

On top of the interest being used to fund tree planting, savers’ money is also lent solely to British farmers in the form of loans or revolving credit. Oxbury Bank offers a range of competitive deals for those who wish to keep their interest, with a 95-day notice account and five fixed-rate bonds available.

It pays 0.53 per cent on its non-tree planting one-year fix-rate bond, compared to a top rate of 0.65 per cent available from Ahli United Bank through the savings platform Raisin UK. Like Oxbury’s accounts, it can be opened with £1,000.