Sheriffs in Michigan are seeking an arrest warrant for a 37-year-old woman on child abuse charges after her four-month-old baby was left abandoned in the woods.

The little boy was discovered by Oakland Sheriffs lying face down by the banks of a river in woodlands in Orion Township, midway between Detroit and Flint.

Mike Bouchard, sheriff of Oakland County, said the baby was in a hypothermic state, and taken to hospital, but was expected to recover fully from his ordeal.

It was not clear how long the baby had been left alone, he said.

‘Thankfully, deputies were able to determine that a baby was missing, which triggered an immediate large response and search,’ he said. 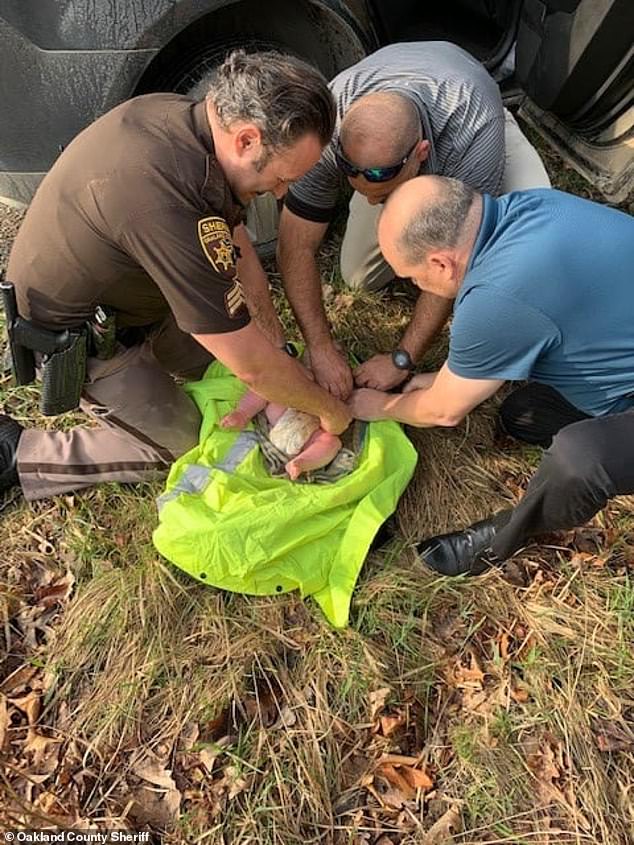 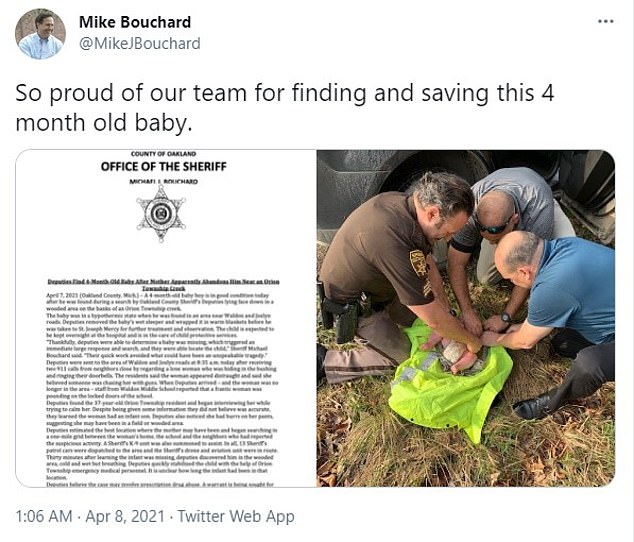 ‘Their quick work avoided what could have been an unspeakable tragedy,’ he added.

Bouchard’s team was alerted at 8:35am on Wednesday to a lone woman hiding in the bushes. Neighbors called 911 and said she was visibly distressed, insisting that someone was chasing her with guns. 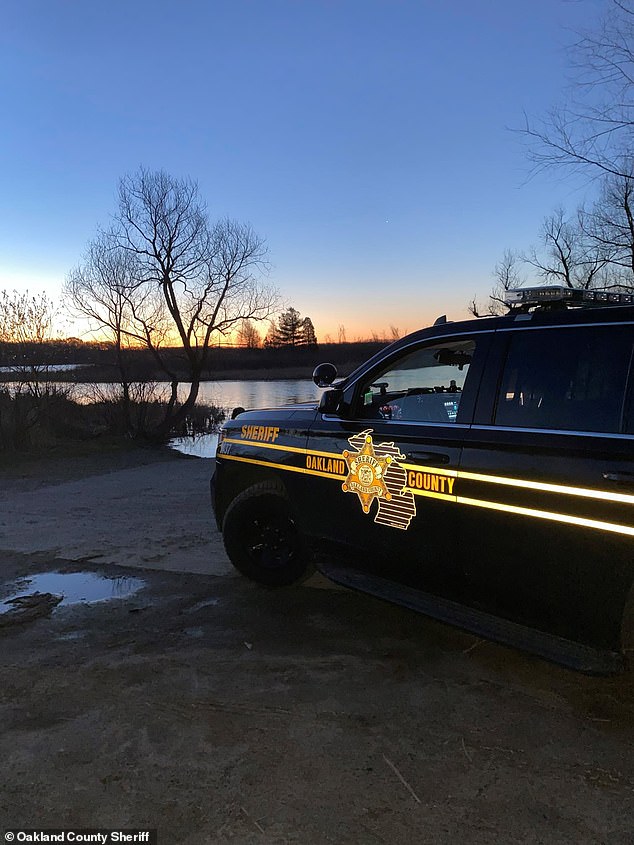 Police managed to track her down and speak to her, and tried to calm her.

They said she ‘gave some information they did not believe was accurate’, but they learnt she had an infant son.

Debris from the woods on her pants suggested that the child could be in the woodland, and so they began combing the area.

Bouchard said in a statement they believe she had been abusing prescription drugs.

The baby has been taken into care.