A Jewish cemetery in Michigan was targeted by vandals who spray-painted six headstones on the eve of the election.   The words 'TRUMP'

A Jewish cemetery in Michigan was targeted by vandals who spray-painted six headstones on the eve of the election.

The words ‘TRUMP’ and ‘MAGA’ were spray-painted across six different headstones at Ahavas Achim Cemetery in Grand Rapids on Monday. The president held his final rally ahead of the election in the town last night.

According to WOOD-TV, the Grand Rapids Police Department is investigating, but doesn’t currently have any evidence or suspects. 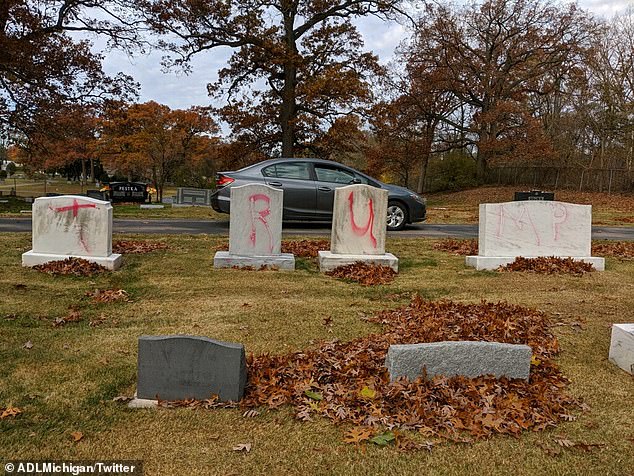 The Ahavas Achim Cemetery was tagged by vandals on Monday in Grand Rapids, Michigan 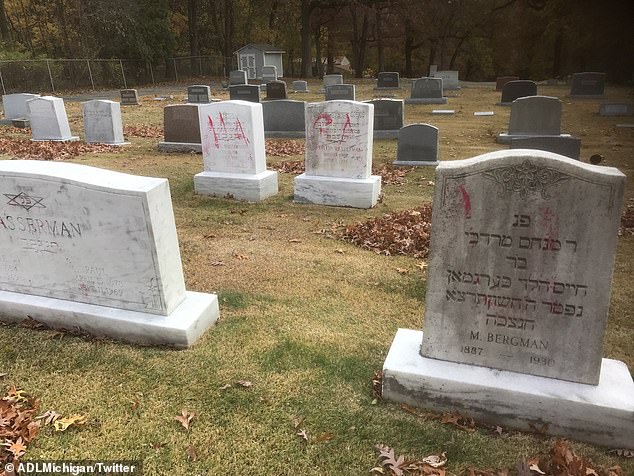 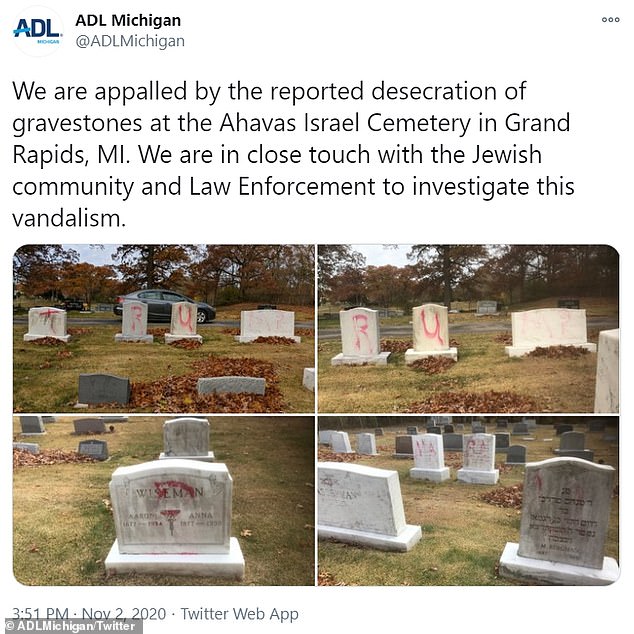 The Michigan Democratic Jewish Caucus made a statement in the aftermath of the vandalism, calling it ‘a heinous act committed on the eve of the 2020 election to send an intimidating message to the president’s opponents, and particularly, Jewish voters.’

The statement continued, ‘Grand Rapids’ Jewish community will not be cowed by this vile attack on Ahavas Israel. Instead, Jews in Grand Rapids, the State of Michigan, and across the country will head to the polls tomorrow to vote against this president and the hatred, violence, and antisemitism he so callously incites.’ 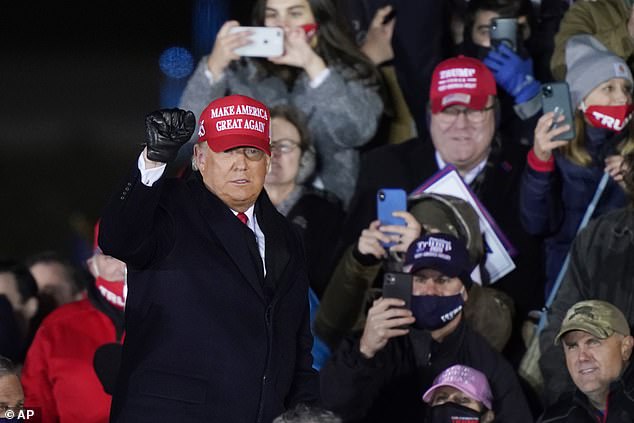 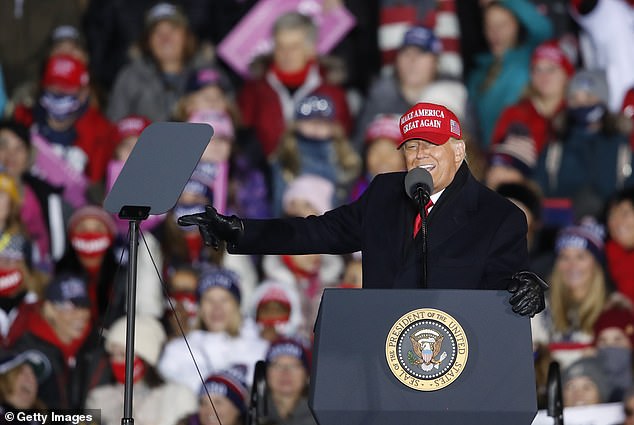 The rally at Gerald R. Ford Airport is one of the last of the campaign before polls close

Representative Justin Amash – a frequent Trump critic – took to Twitter to condemn the vandalism, saying ‘We stand united with our Jewish friends and neighbors against this disgusting act of vandalism, desecration, and hate toward our fellow human beings. Anti-Semitism must find no home in our community.’

This is not the first time in recent years Grand Rapids has seen an attack against their Jewish population.

Last October, CNN reported anti-semitic posters were found on the doors of a synagogue, including one prominently featuring Hitler.

Extremist neo-Nazi group the Vorherrschaft Division was responsible for the creation of those posters.