A library book has incredibly found it's way back across the ocean to be returned to the branch where it was borrowed 118 years later. Barbara Sc

A library book has incredibly found it’s way back across the ocean to be returned to the branch where it was borrowed 118 years later.

Barbara Schmelzer, who is a bookbinder, was looking through a thrift shop in Sydney’s northern beaches when she stumbled upon the book.

First published in 1892, the copy of The Earl of Derby by George Saintsbury was borrowed from the Newtown Library, in Wellington, New Zealand in March 1902. 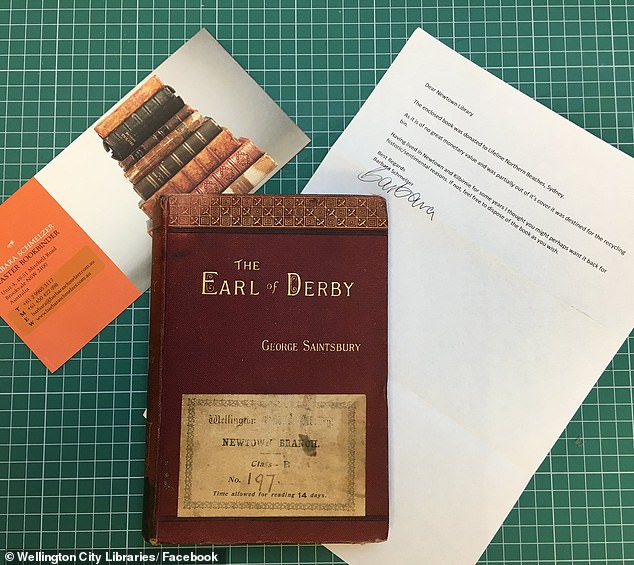 Barbara Schmelzer, who is a bookbinder, was looking through a thrift shop in Sydney’s northern beaches when she stumbled upon the book (pictured) 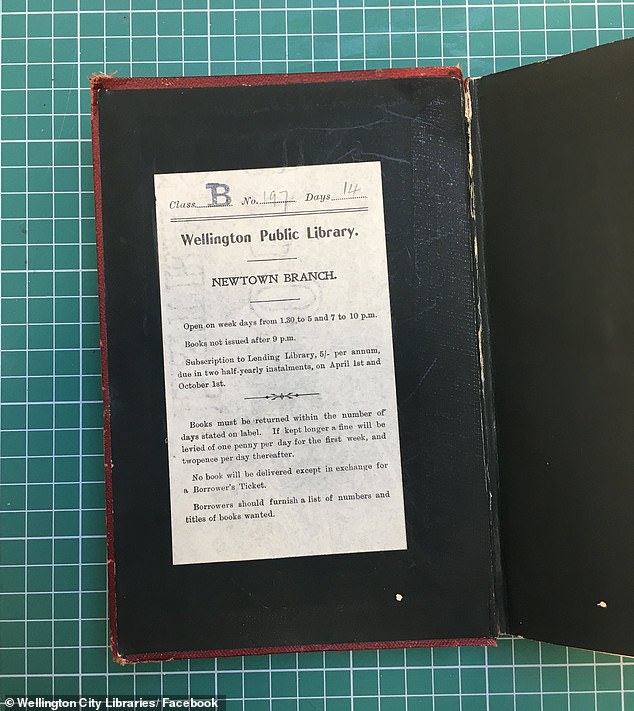 Ms Schmelzer who happened to have lived in Newtown for 14 years before moving to Sydney said she was shocked when she opened the book to read the library stamp.

She said she found the text in the collectables section of the Lifeline store where she volunteers but it was not particularly valuable and would not sell at their book fairs.

‘I thought the library might want to have it back, so I decided to fix it up a little bit and make it look nice for its return back to New Zealand,’ she told Stuff.

Ms Schmelzer, who has about 30 years experience in bookbinding, said the volume  was in good condition with surprisingly little damage.

She was also grateful Wellington Libraries had decided to waive the two-pennies-a-day fine for a late return as explained in a notice glued to one of the book’s pages.

Pennies are no longer considered legal currency in Australia, however, if one penny is converted to one cent, the fine would equal about $860 in 2020.

Ms Schmelzer said she would like to go back to Wellington around Christmas this year, depending on whether travel bans were lifted and hoped to visit the book.

‘We’ve had instances when old books get returned. It’s really nice when it happens. This book may have been one of the original collection. Newtown Library opened in 1902, and is considered to be the oldest branch library in New Zealand,’ she said. 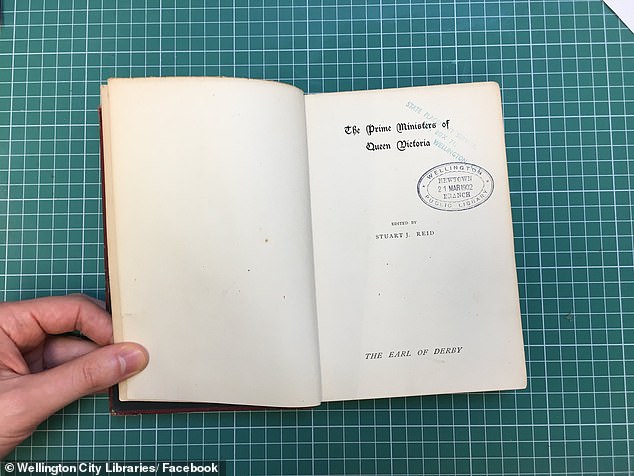