Joe Biden claims 6,000 military members have been killed by Covid-19 – when in reality it is only 7

Joe Biden claimed 6,000 members of the military have died from coronavirus, when in fact the number is only seven.The Democratic presidential candidat

Child killer, 67, is the NINTH death row inmate to die from COVID-19 at San Quentin prison
Kate Garraway cuts a pensive figure as she arrives at radio show
Serie A could be SUSPENDED for two weeks after 14 positive Covid-19 tests at Genoa

Joe Biden claimed 6,000 members of the military have died from coronavirus, when in fact the number is only seven.

The Democratic presidential candidate was speaking during a campaign event in Warren, Michigan, on Wednesday.

His campaign team clarified he had mixed up the numbers for Michigan with those from the military shortly after the event. 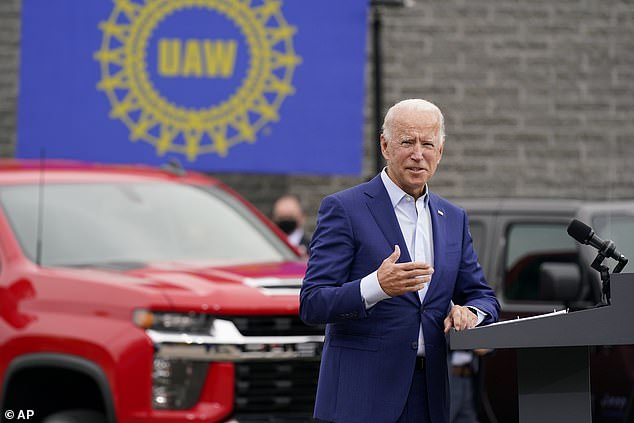 Joe Biden claimed 6,000 members of the military have died from Covid-19 while speaking at a campaign event in Warren, Michigan, on Wednesday, when in reality seven have died from the killer virus 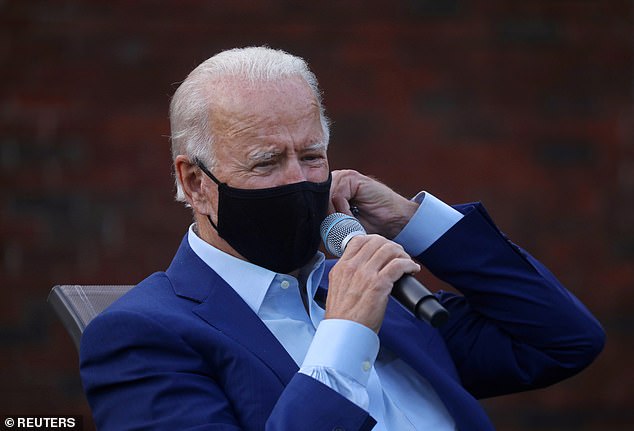 Biden’s campaign team clarified he had mixed up the numbers for Michigan with those from military shortly after the event. Pictured: Joe Biden wearing a face mask while speaking in Detroit on the same day

He said: ‘Vice President Biden has the utmost respect for the men and women of the armed services and believes it’s the sacred duty of our country to properly equip them, look after their families when they’re deployed, and care for them when they return.

‘To honor their service, the Vice President carries with him each day a card detailing the number of Americans who have given their lives for our country in Iraq and Afghanistan, and frequently cites that number to recognize their sacrifice.’

Mr Biden attended the event wearing a coronavirus face mask, which he took off before speaking.

His slip-up came on the same day in which he called Donald Trump’s actions in response to the coronavirus pandemic were ‘almost criminal’ while speaking at another event in Detroit.

The Democratic nominee referred to revelations from Bob Woodward’s forth coming book ‘Rage,’ in which Trump, in recorded interviews, gave a frank assessment of the dangers of COVID while publicly saying the disease was under control.

Mr Biden slammed the president for not taking more precautions in public, such as wearing a face mask.

He also charged the president with caring more about the economy than people’s lives. 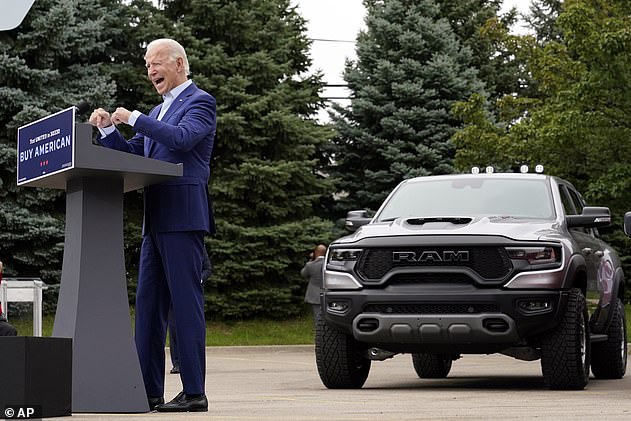 Biden held a campaign event in Michigan that was supposed to be about preventing the offshoring of jobs, but he dedicated the top of his speech to the startling revelations found in Bob Woodward’s forthcoming book

Mr Biden said: ‘He knew and purposely played it down. Worse, he lied to the American people.

‘He knowingly and willingly lied about the threat it posed to the country for months.’

At the event, attendees’ chairs had circles around them, and they were instructed not to leave that space.

‘Please remain in your circles and keep your mask on for the duration of the event,’ an overheard announcement said.

During his speech, Biden said his mask was only off because he was able to properly social distance – and the event was held outside.