Geoffrey Adams, 72, lied to his entire family about his wife Colleen Adams' whereabouts before leading police to her backyard grave in 2018&n 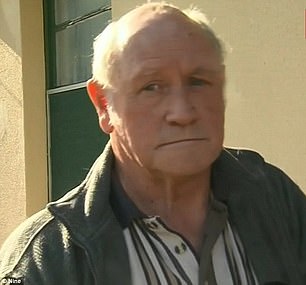 Geoffrey Adams, 72, lied to his entire family about his wife Colleen Adams’ whereabouts before leading police to her backyard grave in 2018

A husband who killed his wife and kept her death a secret for 40 years told police the lies got easier over time.

Geoffrey Adams, 72, lied to his entire family about the whereabouts of his wife Colleen Adams’ before leading police to her makeshift grave in 2018.

In 1973 he hit the 24-year-old over the head with a metal bar, then left her body on the kitchen floor for an entire night before disposing of it the next day.

She was buried in her a pink nightgown in the backyard of their Maitland home on South Australia’s Yorke Peninsula.

After keeping the secret for 45 years he finally cracked and told police what happened in September 2018.

But he blamed his wife for the series of events leading up to her death, rather than accepting responsibility himself, reported Adelaide Now. 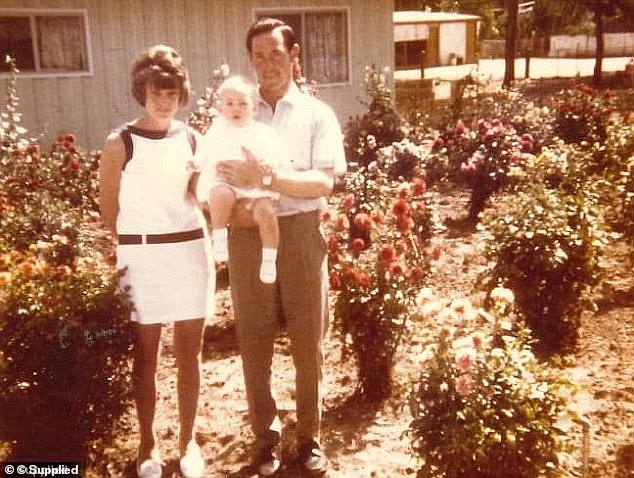 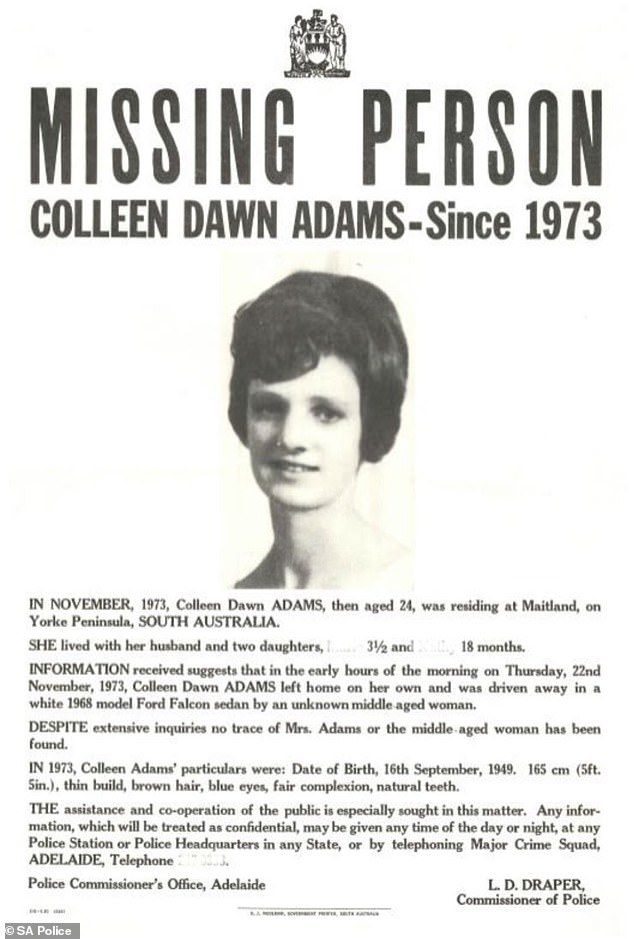 ‘Nice guys get caught up in this, they’re pushed to the limit.

He said his wife Colleen suffered from psychiatric conditions, post-natal depression and was mentally unstable.

The husband claimed he hit her a bit too hard, resulting in her falling to the floor and dying.

He said he had not intended to kill her. 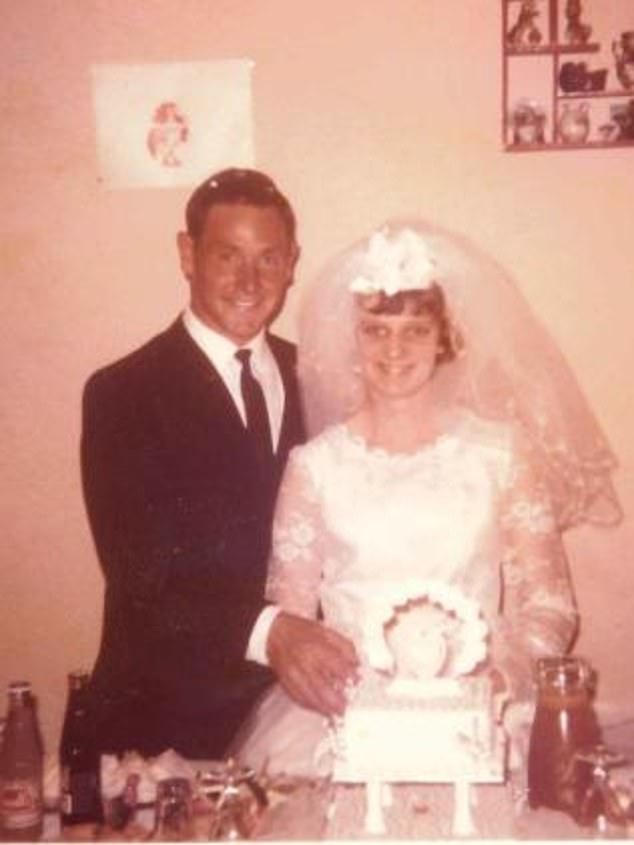 Moments after confessing he then grew concerned about what would happen to his dog if he was thrown in jail and whether he would be granted bail.

The confession was played to the South Australian Supreme Court on Friday.

Adams did not give evidence in his own defence, but in the police interview played to the court he told detectives he had struck his wife because of her ‘continuously having a go at me over nothing — yelling and screaming’.

After the attack, Adams left her body on the kitchen floor overnight, and the next day he began taking steps to conceal her death. 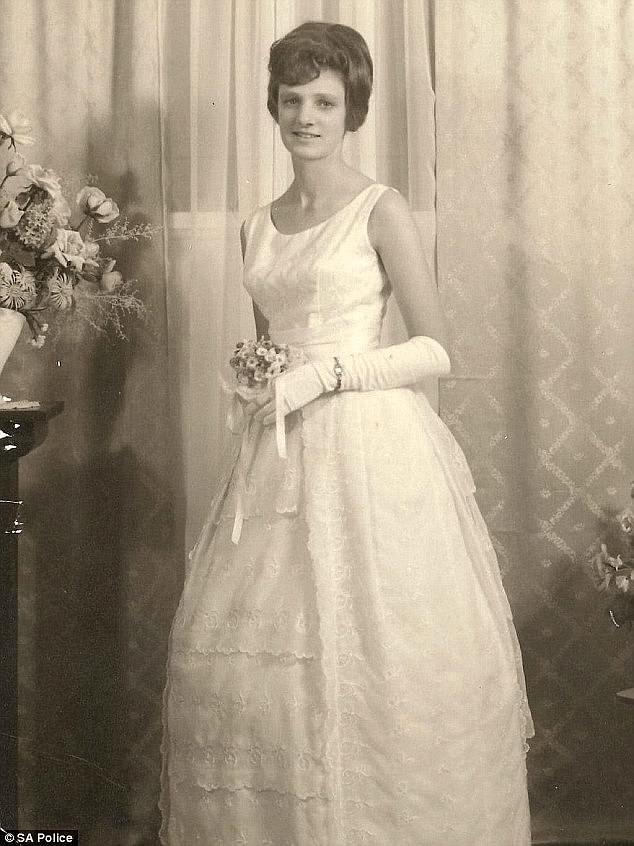 After the attack, Adams left her body on the kitchen floor overnight, and the next day began taking steps to conceal her death

‘Within a few hours he dug a shallow grave in the backyard of the matrimonial home where he buried Mrs Adams’ body,’ prosecutor Jim Pearce told the court.

‘He then set about laying a false trail – a trail designed to conceal his guilt.

‘The accused promulgated a story that had, at its epicentre, that one morning Mrs Adams got up, packed her bags and walked out of the marriage.’

The prosecutor said on the night of the killing, Adams had come home from a night out and an argument had developed.

‘It was an argument that culminated in the accused striking and killing Mrs Adams,’ he said. 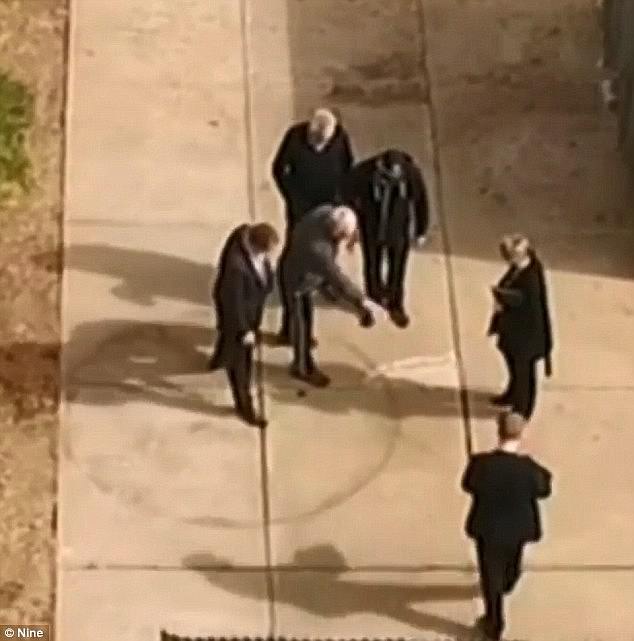 Chilling footage captured the moment Adams, accompanied by detectives, walked into his former yard and pointed out a concrete slab, underneath is believed to be his wife’s remains

Mr Pearce said Adams told police that his wife left their home because she could not cope with their two children.

‘He told police that when Mrs Adams left she paused to say goodbye,’ he said.

Adams was found not guilty of murdering his then 24-year-old wife Colleen after a trial by jury.

He was sentenced instead to manslaughter after pleading guilty to the crime back in 2018 when he led police to the remains of her body under concrete slabs in the backyard of their home. 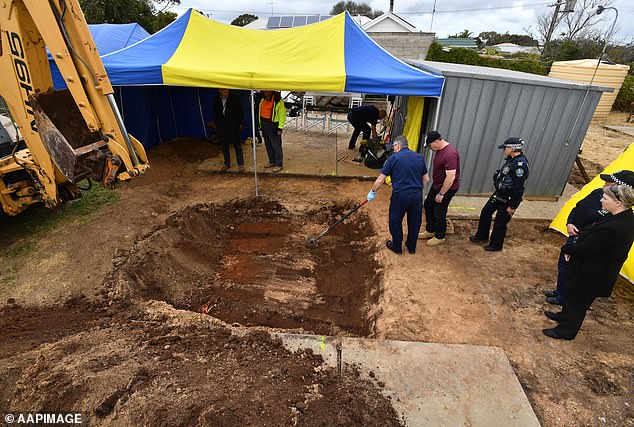 Police are seen searching a property in the country town of Maitland, South Australia, Thursday, September 20, 2018

But she said the trial had provided some sense of solace for the family, after 45 years not knowing what had happened to the ‘loving mother’.

Adams could receive a discount of 40 per cent of his sentence after pleading guilty early over the manslaughter charge.

He will return to court for sentencing submissions next month