This is the terrifying moment an extremely venomous snake was found hiding between flowers inside a Victorian home.  A two-metre eastern bro

GOP seethes at Eric Swalwell’s role in impeachment hearing after compromising security for spy tryst
Daily Covid deaths to be slashed by more than half to 200 by mid-March, SAGE predicts
Dan Andrews has left a trail of sneaky hints that reveal lockdown ‘WON’T end for weeks’ in Melbourne

This is the terrifying moment an extremely venomous snake was found hiding between flowers inside a Victorian home.

A two-metre eastern brown snake was pulled from a large display of flowers after being found in Plumpton, Victoria on February 4.

‘Don’t try this at home,’ the snake catcher can be heard saying in the clip. 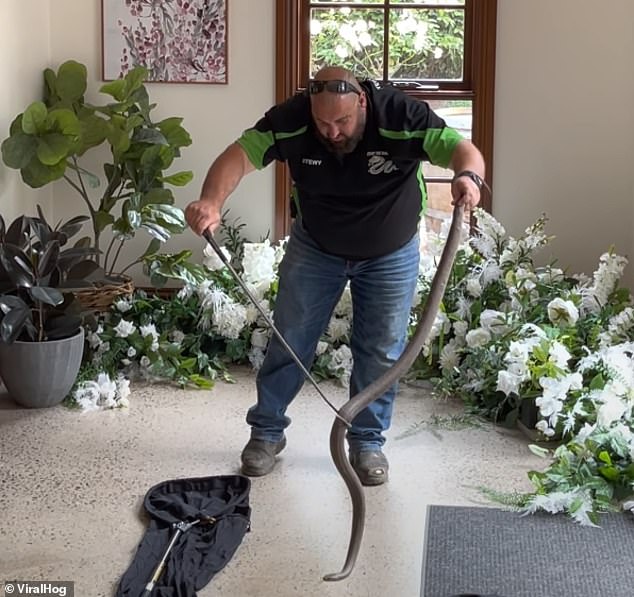 A two metre long eastern brown snake (pictured) has been found hiding between bouquets of flowers inside a room in Plumpton, Victoria 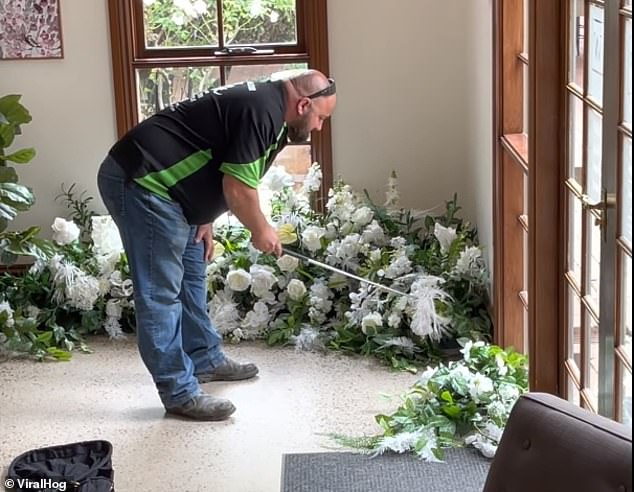 ‘Don’t try this at home.’ The professional snake catcher (pictured) can be seen rummaging through the flowers until he makes the shocking discovery

The snake was found in the flower arrangement a week away from Valentine’s day.

The footage uploaded to social media shows the professional snake wrangler pulling apart the flowers before he makes the discovery.

‘He is a serious snake,’ the catcher said.

It is believed that the snake entered the home to escape the sizzling summer heat.

The snake tried to strike the snake catcher multiple times as he pulled it from the flowers.

‘That (the snake) probably takes the record this year,’ commented the man.

Eastern brown snakes are one of the deadliest snakes in Australia and are responsible for more deaths than any other species in a year.

They have the second most toxic venom in the world and commonly frequent central and eastern Australia. 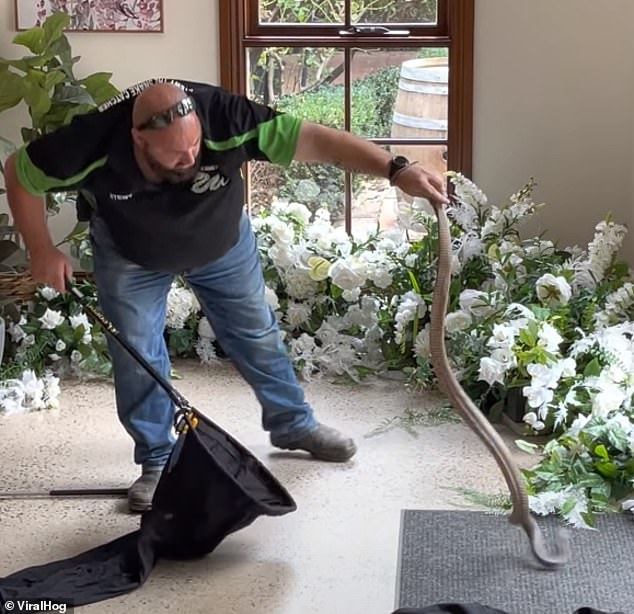 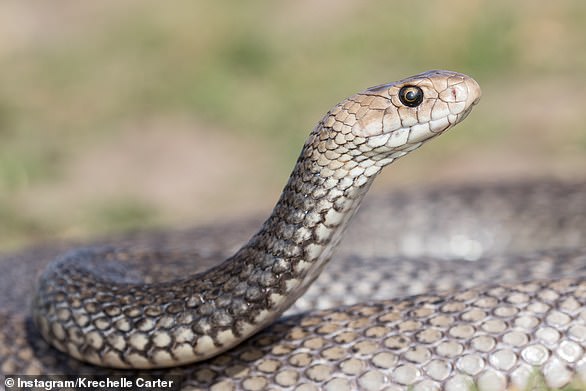