A young woman's half-naked body has been discovered in a popular botanical garden in Melbourne.Police remain at the scene of the grim discov

A young woman’s half-naked body has been discovered in a popular botanical garden in Melbourne.

Police remain at the scene of the grim discovery after the body was found under a tree in the St Kilda Botanical Gardens shortly after 6.30am on Tuesday.

Police are yet to determine whether the woman’s death is suspicious and the gardens are closed to the public.

‘The exact circumstances surrounding the death are yet to be determined and the investigation remains ongoing,’ a police statement read. 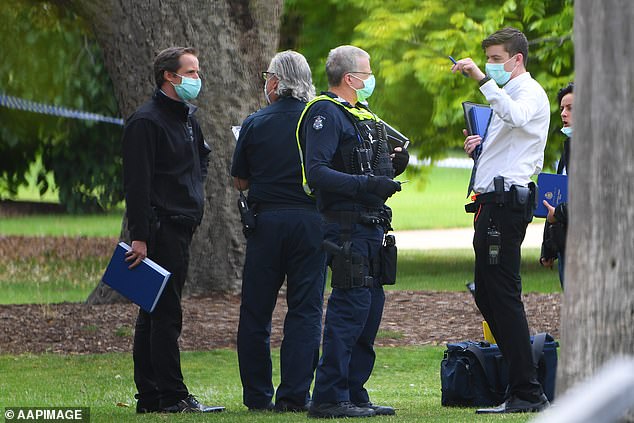 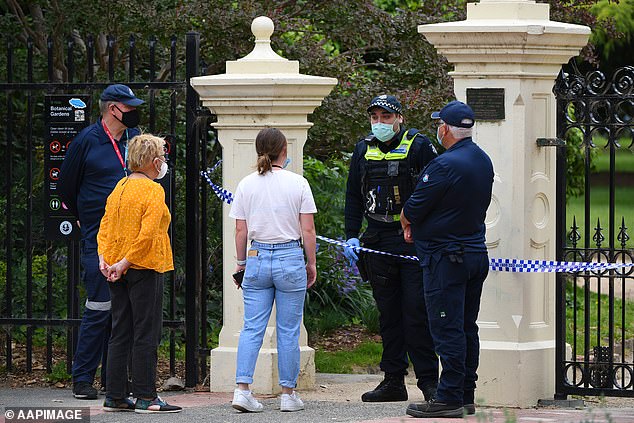 Pictures from the scene show the gates at the park’s entrance locked and cordoned off with police tape.

A heavy presence of masked police officers remain at the gardens as SES volunteers scour the park for possible evidence.

A soccer ball was located nearby.

The woman’s body has been removed from the scene and was taken away in a Coroner’s van late Tuesday morning. 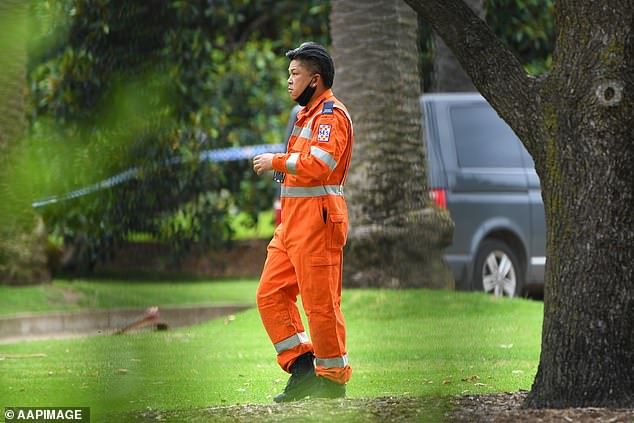 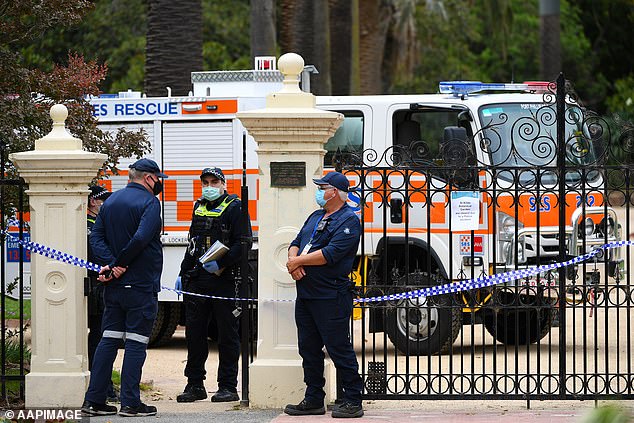 Locals were shocked to hear about the woman’s death.

‘Oh my god. I can’t believe that. I live in this area,’ a distressed woman told the Herald Sun.

A man said the woman’s friends had spent all morning searching for her.

‘After 30-40 minutes of searching, the same description of girl was found here,’ he told the publication. 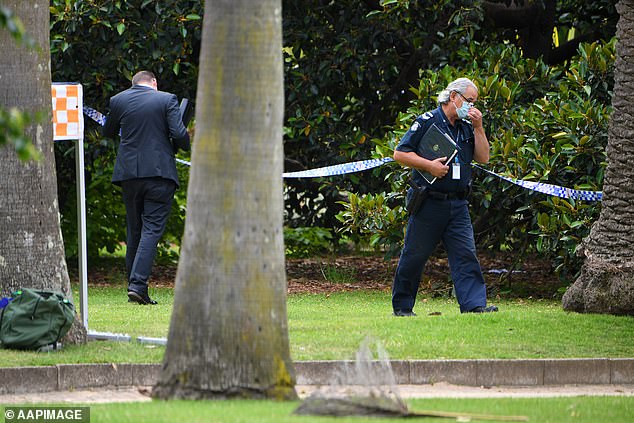 The circumstances surrounding the woman’s death are yet to be determined. Pictured are police at the scene in St Kilda Botanical Gardens

Loading...
Newer Post
CHRISTOPHER STEVENS on last night’s TV: The bloodthirsty killer and a real case of poetic justice
Older Post
‘My nightmares are so bad that I scream out loud’: DR MARTIN SCURR answers your health questions