As clubs come to the terms with the financial impact of the Covid-19 pandemic, never have release clauses been so important in the pursuit of some of

Grant Shapps ends Spanish family holiday to fly back to UK
Erin Holland reveals how ‘difficult’ it’s been during pandemic and having to reschedule her wedding
Tottenham donate £100,000 from fines issued to Lamela, Lo Celso and Reguilon to NHS initiative

As clubs come to the terms with the financial impact of the Covid-19 pandemic, never have release clauses been so important in the pursuit of some of Europe’s finest.

Right across the continent stand players on expiring deals, players with a year remaining and others on fresh terms that have had exit clauses written into their contracts.

Borussia Dortmund‘s Erling Haaland is one. He moved to Germany on the proviso that he would be available for just £66million from 2022. 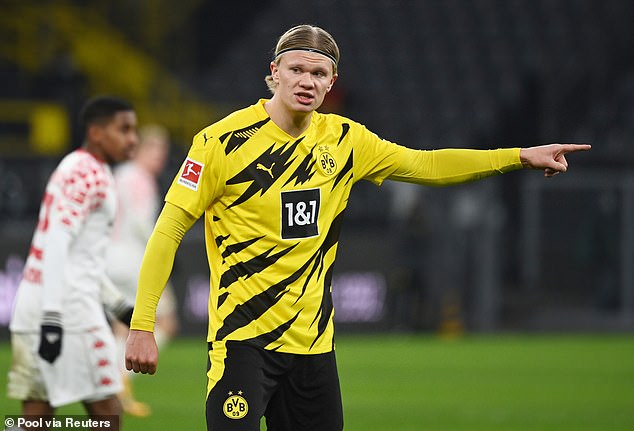 Release clauses can often be extortionate – take Lionel Messi’s £630m fee that prevented any clubs firming up their interest last summer when he declared he wanted to leave Barcelona.

But there are bargains to be had at a time when every side is making sacrifices in the transfer market.

Haaland is used to having lots of preying eyes fixed on his every move. Truth be told he has been the man of the moment since he first laced up for Red Bull Salzburg back in 2019.

The Norwegian spent one year in Salzburg before getting his move. Haaland joined Borussia Dortmund for just £17m in January 2020. Manchester United were keen but had no interest in agent Mino Raiola’s release clauses.

As of 2022 Haaland is eligible to leave Dortmund for a fee of just £66m. Given he could have established himself as one of Europe’s top three marksmen by then, if not the best in the business, he represents a steal for whoever acquires him next. 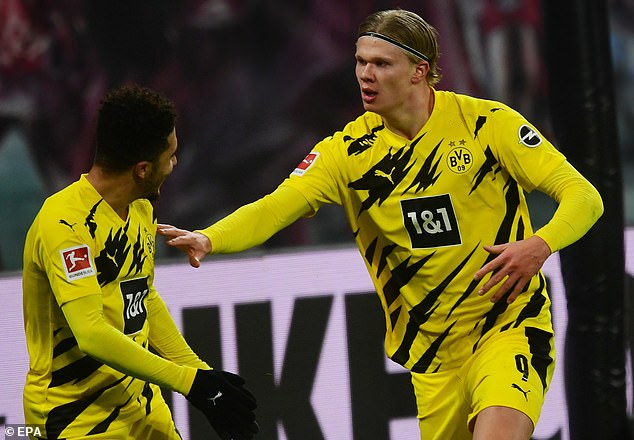 Still only 20, Haaland’s rise to stardom feels sudden but he has everything in his arsenal to make a case as one of the greatest. He’s quick, strong and possessing an impressive football IQ. Most importantly, he scores goals. Lots of them.

Haaland has 19 in 18 games across all competitions this season and there is no club targeting Europe’s biggest prizes that is not tracking this young man’s situation right now.

Real Madrid are believed to be front of the queue as and when the clause becomes active but according to The Athletic, Chelsea will attempt to sign Haaland at the end of the 2020-21 season, even if it means paying significantly more than the release clause.

Manchester City have also been credited with interest in Haaland and while his release clause is incredibly enticing, such is his talent he could spark a big-money frenzy six months early. 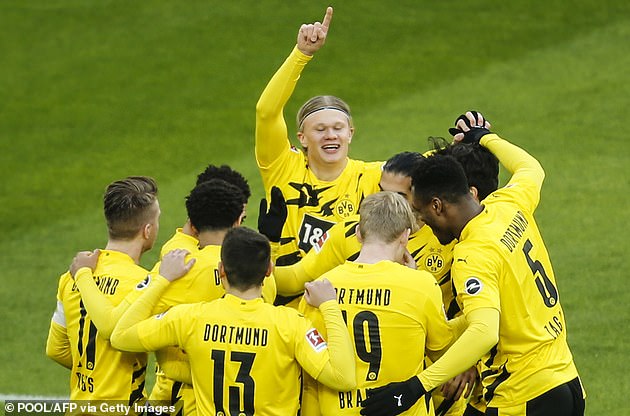 Another generating global interest from the German Bundesliga.

Upamecano is widely viewed as one of Europe’s best centre-backs and while there are plenty of clubs keen to make him their No 1 guy at the back, many are sitting pretty for now until his £38m release clause kicks in.

Unfortunately for his current employers – RB Leipzig – that kicks in this summer at the end of the 2020-21 campaign and there will be few players brought in anywhere that will represent as much value for money as the Frenchman.

Leipzig were able to keep hold of Upamecano last summer, with Arsenal particularly smitten with him, and while the 22-year-old signed a new deal it did contain a release clause that is attractive to each and every suitor.

Arsenal have previously held talks to sign Upamecano, who has also been the subject of interest from Manchester United and monitored by Liverpool amid their current centre back crisis.

Spain’s big two Real Madrid and Barcelona are admirers along with Leipzig’s Bundesliga rivals Bayern Munich. Leipzig are only four points off Bayern in the Bundesliga title race and are in the last-16 of the Champions League.

Despite being able to get closer to market value this month – he is seen as having a value closer to £60m – Leipzig don’t want to lose a star asset mid-season and so it appears the summer release clause holds the key to his next move. 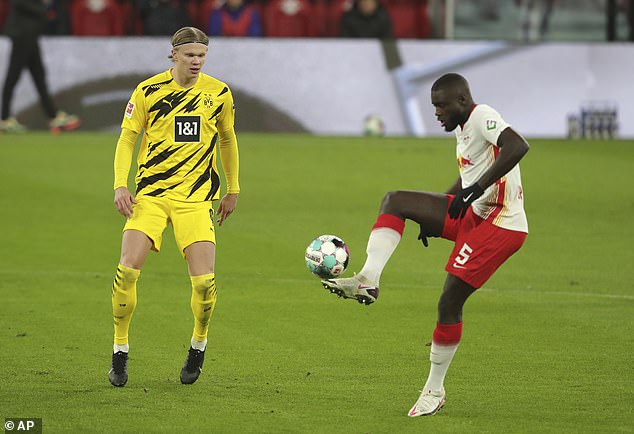 Roma are pushing to get the 24-year-old Pellegrini on a new deal but as of yet he remains in possession of a contract that expires in June 2022.

Pellegrini is a key piece in this Giallorossi team, who sit fourth in Serie A.

The midfielder, who has played in an attacking and defensive role in different games, has played every match so far this season, demonstrating his value.

Pellegrini has scored four times adding a further three assists and while he can very much work to improve his output, particularly when in attacking situations, much of his value stems from his versatility.

There is lots of upside to Pellegrini right now and 24 he is an asset that could only become more valuable at his current trajectory.

‘I am a transparent person, Pellegrini embodies our project,’ Roma’s General Manager Tiago Pinto said earlier this month. ‘He is young, talented and attached to Roma, we’ll make everything we can to extend his contract as soon as possible.’

Unfortunately for Roma the leverage is all with the player, his agent and the £25m release clause in his current deal.

While Haaland and Upamecano represent something closer to the finished product, Pellegrini’s potential and versatility makes him a bargain-in-waiting on the continent. 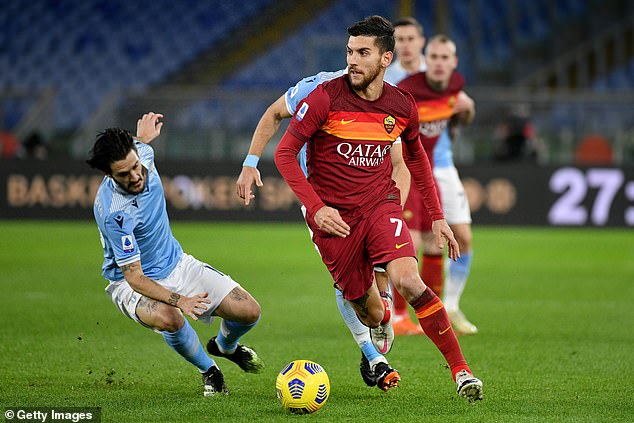 It is becoming harder and harder to find top-tier players that are available for £20m or less.

Premier League teams in particular feel like prices are pushed up when they come calling and so when release clauses such as Ezequiel Avila’s come around, clubs sit up and take note.

There is little of greater value to a team than a goalscorer and it is often why they demand the most attention, most praise and, ultimately, most money.

Osasuna are struggling badly but that is no slight on Avila who has performed well with little help from his supporting cast since arriving for a fee close to £2.5m.

Osasuna’s future may not be in the top flight but with a release clause of £20m, Avila looks set to be destined for a bigger club come the end of the season. 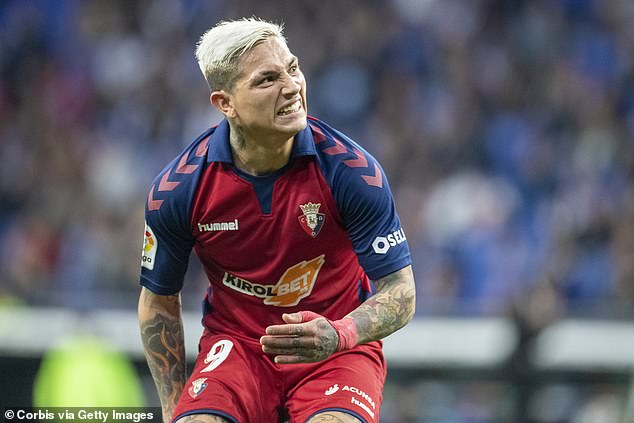 Granada’s rise from the second division in Spain to the Europa League is no accident and Rui Silva is a big part of the season behind the success.

The 26-year-old goalkeeper has proved a safe pair of hands between the sticks for Diego Martinez’s side and is available at just £12.7m in what, on the face of it, looks an incredible bargain.

Silva has kept 18 clean sheets in 52 LaLiga games with Granada but with his contract expiring on June 30 the Spanish side face a decision as to whether they should cash in via his release clause this month.

Everton, Inter Milan and Lazio are rumoured to be targeting a free transfer but with a number of clubs interested it may bring the release clause into sharp focus with two weeks left of the January transfer window. 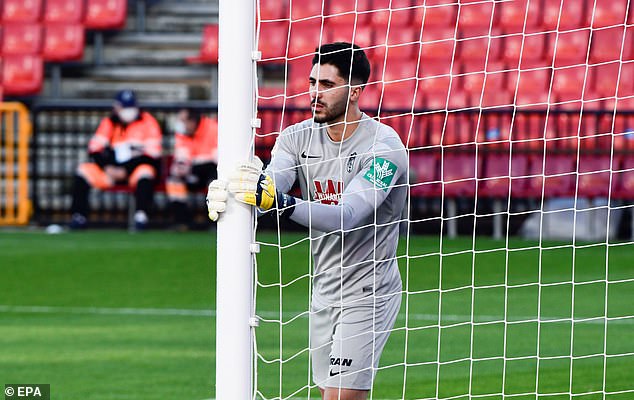 Rui Silva has played a central role in Granada’s rise and he is available at an attainable £12.7m

He only joined CSKA Moscow in August 2020 and yet is already generating significant interest from clubs in Spain and Germany.

In comparison to others on this list, Gaich is seen as the most raw but at 21 he has time on his side to refine his game.

Gaich has failed to score in any of his 13 league matches this season and while that is damning of a centre forward, his 6ft2′ frame and obvious natural ability has demonstrated itself in each of those games.

The Argentina U23s talent still has a lot to work on but with a release clause of £11.5m, plenty may see him as a gamble worth taking. 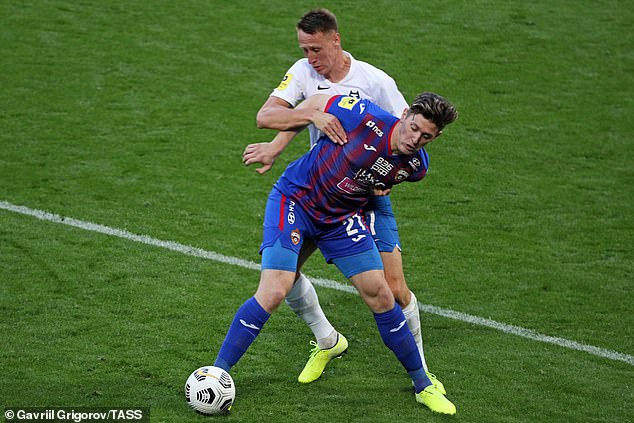