A single mother who thought her ‘foggy memory’ was just a symptom of ‘mum brain’ has been diagnosed with cancer as her friends rally to raise money for treatment.

Tessa Keane, 31, began suffering from anxiety attacks and gradual memory loss two years ago but put it down to her busy schedule, studying a teaching degree and looking after daughter Evie, six.

But in February, just days after starting work as a primary school teacher, the Melbourne mother’s health took a sharp decline, with her cognition, memory and speech becoming impaired.

Her family rushed her to hospital where they learnt the devastating news – her anxiety and memory loss were in fact symptoms of a growing brain tumour. 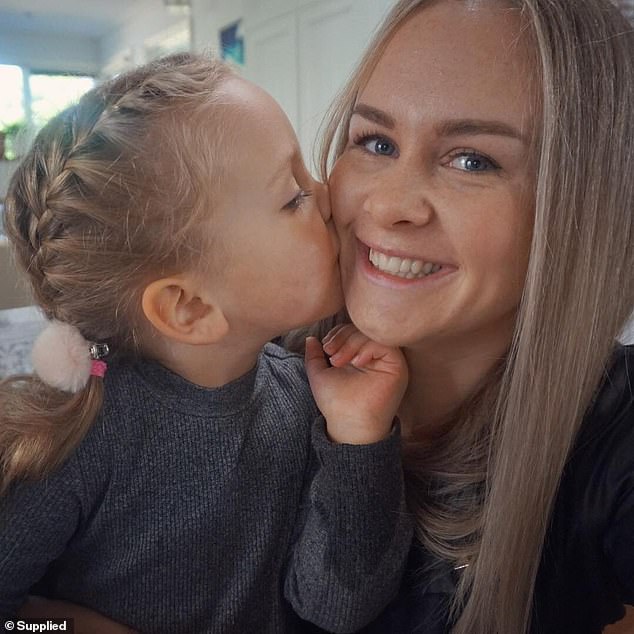 Tessa Keane, 31, (pictured with daughter Evie, six) was diagnosed with brain cancer on February 22 after suffering from gradual memory loss over the past two years

‘You go through phases of shock, numbness, adrenaline rushes, and emotional turmoil as you try and process the information.’

Three weeks later Tessa underwent neurosurgery for 9.5 hours to remove the tumour, and will require another within a month.

The impacts of the operation have compromised her ability to function, as doctors warn she has a long road to rehabilitation ahead.

On top of the stress of her diagnosis, Tessa was forced to undergo surgery by herself as Covid restrictions prevent loved ones from going with her past the front desk.

‘Entering the potentially life changing surgery preparation alone, and furthermore, waking up alone is something no one should ever have to do,’ Sian and Hannah said.

As she braces for the next operation, she has fears over the uncertainty of how each stage of treatment will affect her brain function and how they will impact her life.

Friends and family are now rallying to raise funds to support the single mother through her treatment and ongoing support needs, as the life-changing effects of surgery mean she will be unlikely to return to her career.

‘After only a handful of days working in her newly qualified passion, Tessa’s diagnosis and prospective future care plan impacts her ability to work in the field.’ 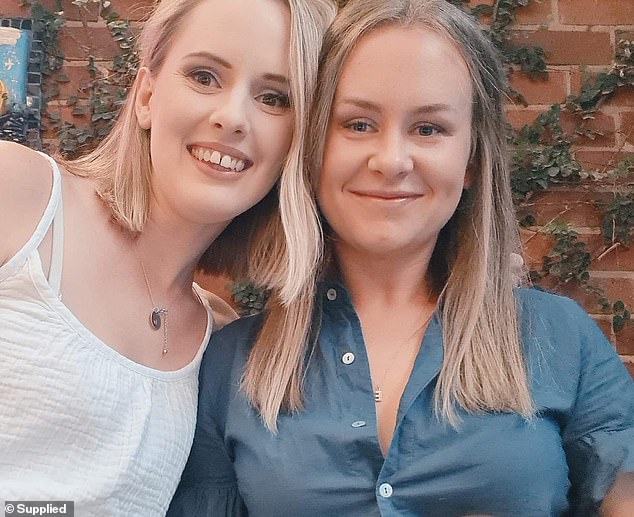 Tessa had just completed a degree in teaching and had started working at a Victorian primary school when she received the shocking diagnosis. She is pictured with friend Sian Upstill

Joss Holdsworth, the owner of Pulse8 fitness centre and Tessa’s long-time friend, has launched a fundraiser offering a monster workout through his gym with entry via a donation to a GoFundMe page.

Tessa’s parents are commuting from regional Victoria to help with daily tasks and care for Evie as the young mother recovers from her first surgery.

Despite the current challenges she is facing, friends say she remains positive.

[She is] taking the treatment journey ahead one step at a time. Her focus is now on preparing physically and mentally for surgery,’ Sian said.

‘[But] she is feeling very overwhelmed by the support from friends and family.’