A 3400-hectare safe haven for birdlife and a location to introduce endangered mammal species will be established on Flinders Island, off South Austral

Post-Brexit hiccups ‘will add £1.50 to a bottle of fine wine’
Blockfolio is hacked and users are sent messages saying services will be closed to all black people
Kanye West states ‘slavery is a choice’ as he shares video of wall he is building around LA mansion

A 3400-hectare safe haven for birdlife and a location to introduce endangered mammal species will be established on Flinders Island, off South Australia’s Eyre Peninsula.

The federal government will provide $1.6million and South Australia $1million for the project which will also help develop the island as a nature-based tourism destination.

The state government will manage the project along with the local Woolford family, which has owned the island for more than 40 years. 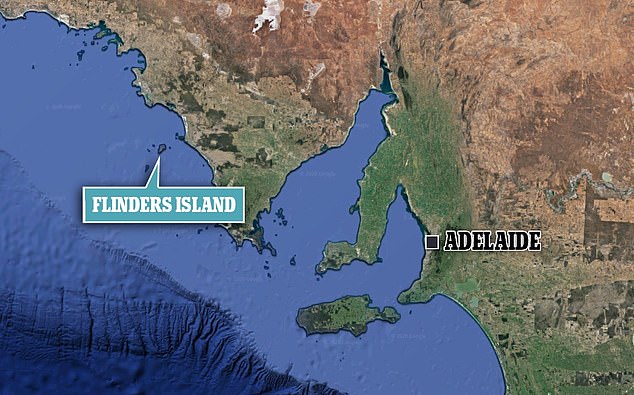 A 3400-hectare safe haven for birdlife and a location to introduce endangered mammal species will be established on Flinders Island, off South Australia’s Eyre Peninsula

Establishing the safe haven will involve the eradication of invasive rats, mice and cats, and the restoration of native habitat.

‘As well as protecting local birdlife on the island we will look to introduce mammal species under threat of extinction to a pest-free environment that can help strengthen populations,’ she said.

‘About a dozen national priority species are being considered, among them were two species of threatened bandicoots and other threatened mammals.’

South Australian Environment Minister David Speirs, said the Woolford family would allow a conservation agreement to be placed over the majority of the island, in addition to the existing heritage listing that covered about 250 hectares.

The family uses the island for business and recreation and, in a limited way, for sheep grazing and is keen to turn the island into a nature-based tourism destination.

‘Eradicating feral animals would create a safe haven for native wildlife helping the bird species that already use it and helping save at least two mainland species from extinction,’ Mr Speirs said.

Jonas Woolford said his family was in a unique position to offer the use of an island for such a special project.

‘We have always wanted to get rid of the cats and rodents, but the recent bushfires and the issue of climate change have highlighted the importance of the land and that we can play a part in rehabilitating the natural environment and creating a safe haven,’ he said.

Mr Woolford said implementing biosecurity measures would be an important factor in delivering the project over the long term, and the involvement of volunteers and university students would also be welcome.

The island is in the Investigator Group about 30km west of Elliston.