A huge fire has broken out at the famous Cadbury Club in Birmingham. More than 50 fire fighters have been brought in to tackle the blaze, helped

Number of daily coronavirus cases in Europe doubles to 200,000
Police officer faces losing her job ‘for saying two men were criminals because they were black’
Probation officer jailed over affair with high-risk violent criminal

A huge fire has broken out at the famous Cadbury Club in Birmingham.

More than 50 fire fighters have been brought in to tackle the blaze, helped by a hydraulic platform.

‘Crews are currently dealing with a severe fire in Bournville. Four main jets are in use,’ they tweeted.’Please avoid Bournville Lane, Mary Vale Round and the surrounding area.’ 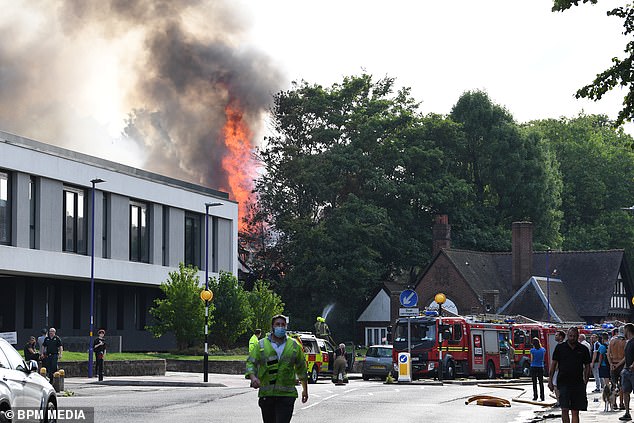 A huge fire has broken out at the famous Cadbury Club in Birmingham, sending a plume of smoke hundreds of feet into the air

West Midlands Watch Commander Steve Harris said: ‘Crews are working very hard to to contain the fire and stop it spreading to any other buildings. Obviously in these hot conditions it is extremely difficult for them at the moment.

‘When asked if the fire had been brought under control, Steve added: ‘I wouldn’t say it i sunder control but we are fighting it from all four sides at the moment.

‘We do know that everyone is out of the building, there were some people in at the time the fire started.’

Set in the heart of Bournville in southern Birmingham, the Cadbury Club has been established for over 35 years as a sports and social club, serving the chocolate company’s employees and the local community.

The social club is believed to have caught ablaze at around 5pm this afternoon, casting smoke across the city.

The building serves both as a bar and a reception room for weddings, birthdays and christenings. 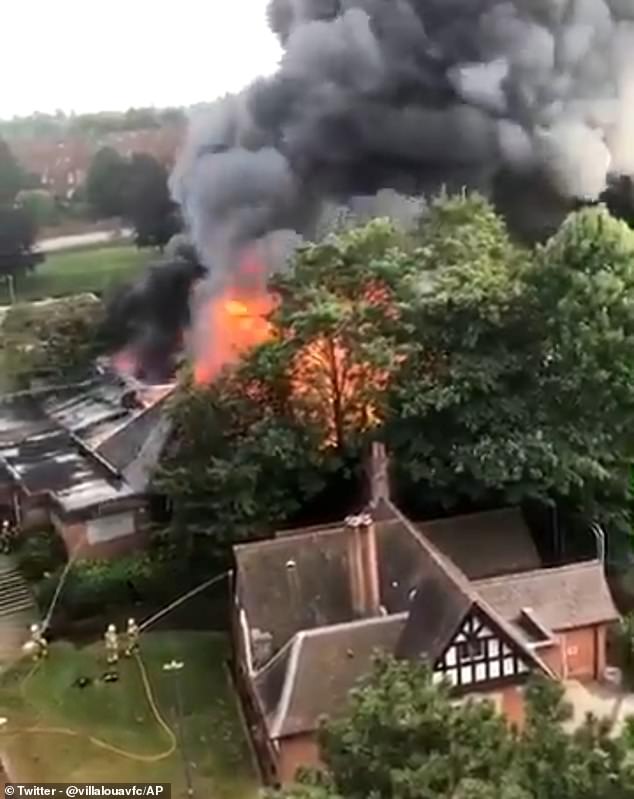 Dramatic footage taken from the scene shows a large emergency service presence, and witnesses reporting smoke from the fire several miles away.

One man wrote: ‘Devastating news about the big fire The Cadbury Club. 400/250 capacity venue, excellent asset to the factory community and beyond.

‘On a personal level it also hits hard as me and my wife had our wedding reception there. Hope it can be saved.’