President Donald Trump continues to rage about the Russia probe raise unfounded claims about voting systems – even as he told longtime friend Geraldo Rivera he will ‘do the right thing.’

The president, who hasn’t spoken in public for nearly a week, reached out for a ‘heartfelt phone call’ with longtime talk host Rivera.

He said Trump told him he is a ‘realist’ who would ‘do the right thing’ but also wants to see ‘what states do in terms of certification,’ he wrote. 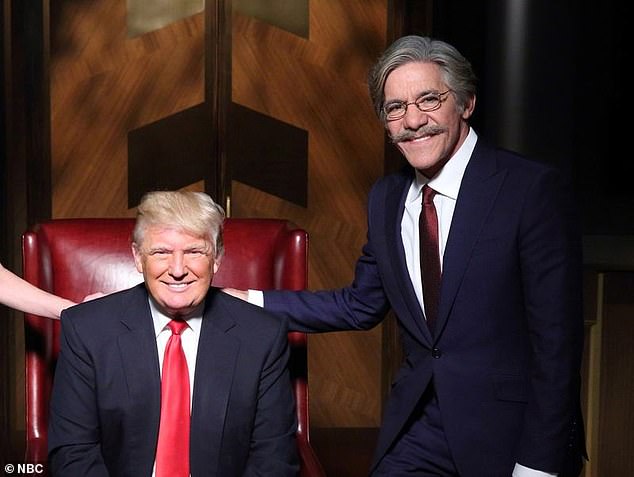 President Donald Trump told Geraldo Rivera as a ‘realist’ who would ‘do the right thing,’ according to the talk host and TV personality

He also said Trump ‘seemed particularly aggrieved by the savage attacks on his presidency from the minute he was elected’ – an indication Trump is still on the political warpath.

The comments come in the context of Trump’s multi-state legal attack on the election count in states Joe Biden carried or where the race is close.

It does not include a specific determination that Trump will concede to President-elect Joe Biden.

‘He sounded committed to fighting for every vote & if he loses, talking more about all he’s accomplished,’ said Rivera.

The news came amid more setbacks for Trump on the legal front. In Arizona, his lawyers abandoned a suit seeking a hand count of ballots after a series of networks called the race for Biden.

Biden’s lead exceeds the number of outstanding ballots now, and dropping the suit acknowledges the state will be in Biden’s column. 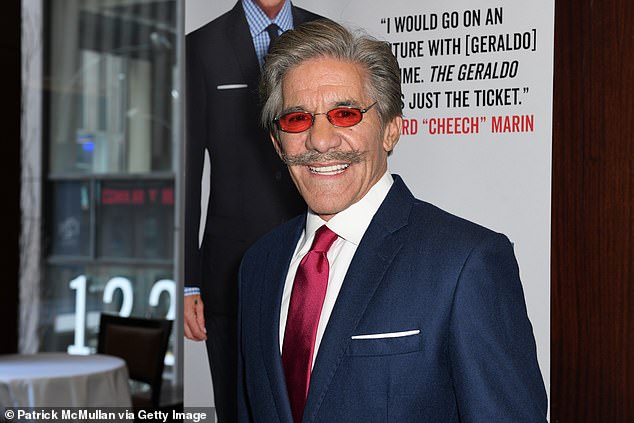 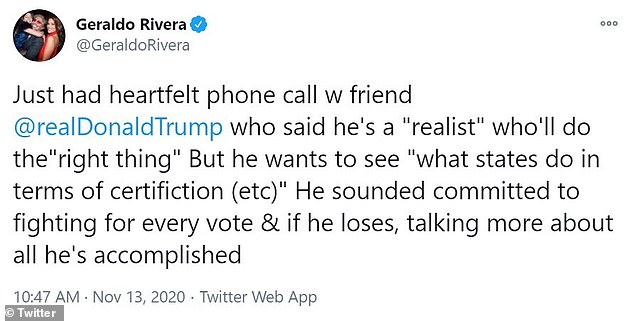 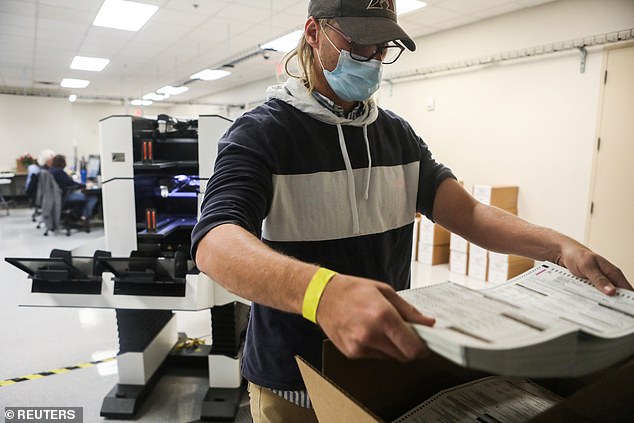 An election worker holds ballots at the Maricopa County Tabulation and Election Center (MCTEC), days after former Vice President Joe Biden was declared the winner of the 2020 U.S. presidential election, in Phoenix, Arizona, U.S., November 9, 2020. The Trump camp is withdrawing its lawsuit 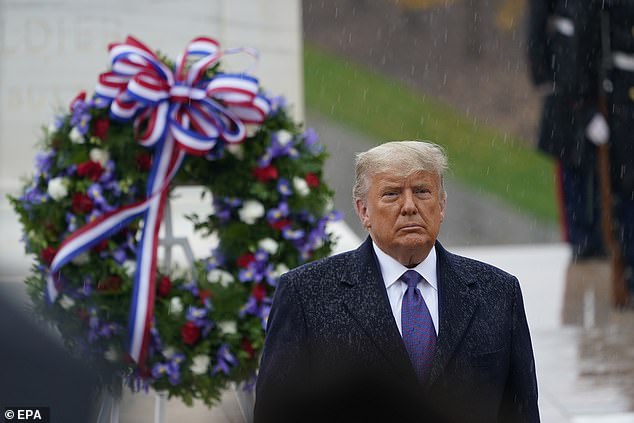 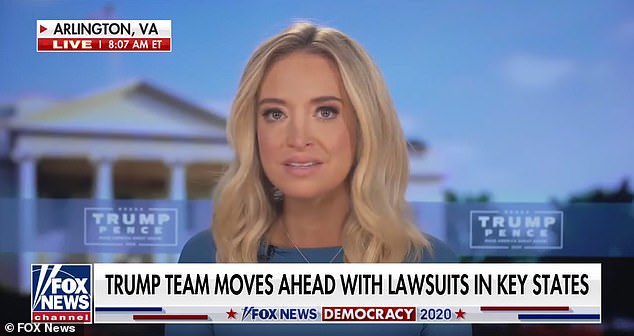 ‘I think the President will attend his own inauguration. He would have to be there in fact,’ said White House press secretary Kayleigh McEnany, in a quip that did not answer whether Trump would attend the inauguration of President-elect Joe Biden after votes are certified

In Pennsylvania the Ohio-based Porter Wright Morris & Arthur asked a court to withdraw from a suit it filed days ago against the state’s mail ballot system, after facing public pressure and resignations from the firm.

The tea leaves about where the president is emotionally, and the maneuvers in the courtrooms in battleground states, come amid confusion around the world about whether Trump intends to concede the race or even relinquish power.

He has repeatedly said he ‘won’ and charges the election is filled with ‘fraud,’ even as a cybersecurity agency at the Homeland Security Department panel vouched for the election.

In a stunning statement Thursday a committee of officials from Homeland Security’s Cybersecurity and Infrastructure Security Agency (CISA) debunked claims of widespread voting problems, calling the election ‘the most secure in American history.’

In that capacity, she had a ready quip when Fox News asked if Trump would attend inauguration – a reviewing stand is being constructed north of the White House.

‘I think the President will attend his own inauguration. He would have to be there in fact,’ she said.

Rivera added in another Tweet that Trump ‘seemed particularly aggrieved by the savage attacks on his presidency from the minute he was elected. He reserved special scorn for the phony Russia hoax & Pelosi-driven phony #Impeachment,’ he wrote – which would be nothing new for Trump.

But there were not signs that Trump has given up on his fraud claims. ‘He asked me what I knew about #DominionVotingSystems which I promised to check out,’ said Rivera. On Thursday, Trump tweeted out an OAN report on the voting machines and software, claiming nearly 3 million votes for him were deleted and thousands ‘switched’ to Biden. The claim has been debunked.

Trump has repeatedly pointed to his own vote – 72 million, without pointing to Biden’ superior 78 million.