A councillor with a lung condition and a driver’s Blue Badge has defended posting a TikTok video of himself doing a Michael Jackson-style Moonwalk dance.

Lee Jeavons, former deputy leader of Walsall Council, in the West Midlands, is seen moving up the steps of his garden in the 14-second clip.

In another, lasting around 20 seconds, he dances to the Men In Black soundtrack in a car park.

He said it was nothing more than a ‘bit of fun’.

The councillor said he was granted a blue badge due to a lung condition which meant he was unable to walk for long periods without difficulty. 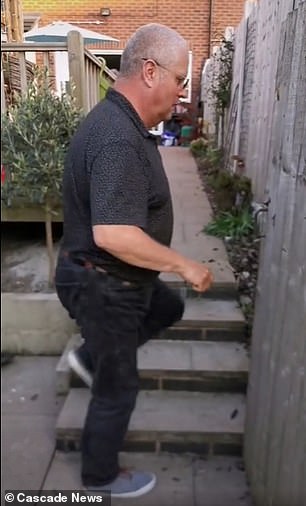 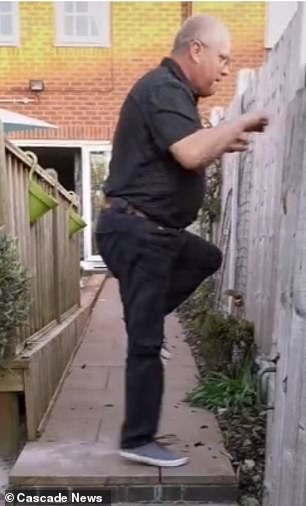 Former deputy leader of Walsall Council Lee Jeavons, who has a driver’s blue badge because of a lung condition, has defended posting a TikTok video of himself doing a Michael Jackson-style Moonwalk dance

The Labour member for Birchills Leamore said the ‘stars aligned’ on the day the video in his garden was filmed during lockdown as the ‘air was good’ and he ‘felt good’.

Drivers can receive a blue badge if they are disabled, have long-term health conditions or have problems walking or getting around.

Councillor Jeavons, who was elected in 2010 and is a former deputy leader of Walsall Council, insisted his condition shouldn’t stop him from having fun.

On the garden dance, he said: ‘TikTok is about 15 seconds worth of dancing and I just about managed 15 seconds’ worth.

‘Looking at the dance, it’s not particularly energetic.

‘It was during that period of lockdown, the air was good, I felt good. It was a rare occasion where the stars aligned. 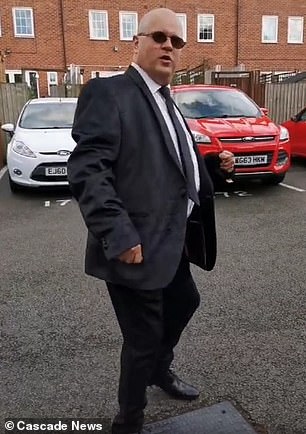 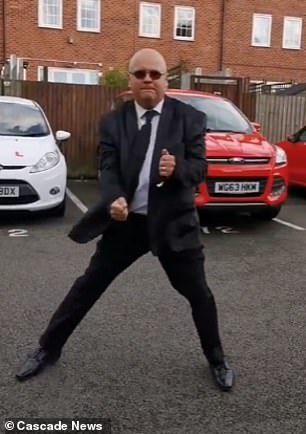 In another, lasting around 20 seconds, he dances to the Men In Black soundtrack in a car park

‘What are disabled people supposed to do? Just succumb? I was judged to be able to have a blue badge.

‘I can’t walk at the same pace as other people, I can’t walk for extended periods of time. I get quite short of breath and cough a lot.

‘I do do TikTok. It’s a bit of fun, to stop me going mental. I was showing that while I’m a councillor I’m still a human being and like to have fun.’

Councillor Jeavons said his application for a blue badge was approved earlier this year.

‘As a councillor I have to get out and about. I use my vehicle most of the time to do that.

‘If I had to walk to the corner shop I could do it on a summer day maybe but I would get absolute burning in my lungs,’ he said.

Councillor Jeavons suggested the videos were leaked to ‘stir up trouble’.

‘In politics you make friends and some enemies,’ he added.

What are Blue Badges and who can get them?

A Blue Badge parking permit entitles a user to park in disabled parking bays, for free in pay-and-display spaces, and for up to three hours on yellow lines.

In London, holders are exempt from the congestion charge.

The intention is to allow disabled people to park closer to their destination.

There are around 2.4million Blue Badge holders in England.

The permit can be used in any vehicle, so long as the badge holder is present.

The scheme began in 1970. While some people are automatically eligible others need to apply for a badge through their local council.

You are automatically eligible if you’re registered as blind or receive any of the following:

Last year, the scheme was extended to cover people with mental health issues including dementia, autism and anxiety disorders triggered by travel or parking difficulties.