West Australian police are hunting for a man who had a swastika painted on his head when he allegedly attacked a woman with a flamethrower.Police say

West Australian police are hunting for a man who had a swastika painted on his head when he allegedly attacked a woman with a flamethrower.

Police say the 40-year-old woman and her teenage daughter were approached by the man in the southeast Perth suburb of Gosnells on Saturday night.

They say he yelled racial obscenities at the woman before attempting to burn her with a makeshift flamethrower made using a can of deodorant and a lighter. 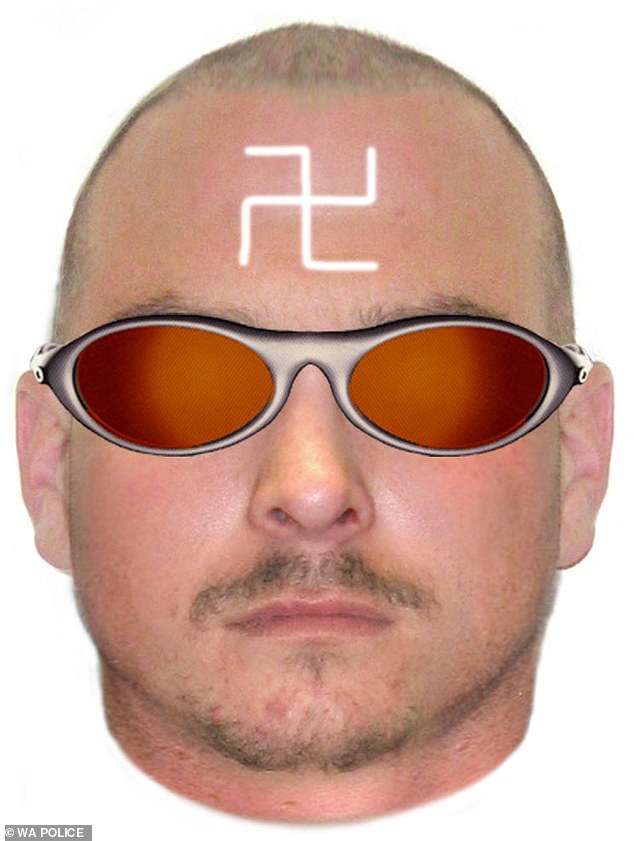 WA Police want to speak with the man, who is described as fair-skinned, about 40 years old and 175cm tall.

He had a white swastika painted on his forehead at the time of the attack.

‘We are treating this cowardly and random attack on a woman and her child, doing nothing more than walking to the shops in the early evening, very seriously,’ Detective Senior Sergeant Sean Bell said on Tuesday.

‘This type of behaviour is not acceptable and is not tolerated within our community.

‘We have allocated all of our available resources to locate this man. Someone in the community knows who this person is and we are asking that member of the community to contact us and assist in identifying this person.’

Anyone with information is asked to contact Crime Stoppers. 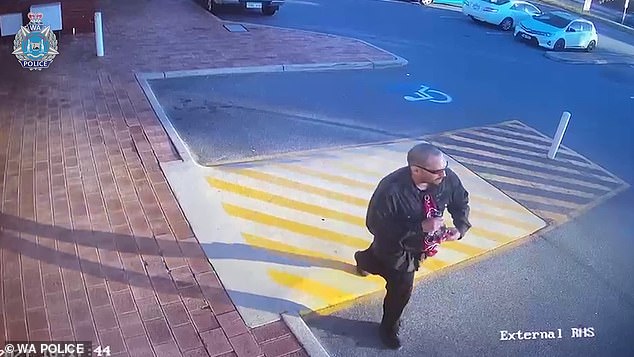