How 1.5m homeowners could be stuck in unsellable tower block flats
Four ways to profit from investing in technology
It’s never too late to start a new career: How you can make the leap

The significant reduction in vehicle journeys at the start of the Covid-19 lockdown – which saw traffic levels fall by as much as 80 per cent – did not reduce the level of toxic ‘fine’ particles in Scotland’s air, according to experts at the University of Stirling.

A new report published today shows that harmful particulate matter emissions, also known as PM2.5, remained consistent during the first month of lockdown, despite a 65 per cent decline in the number of vehicles on Scotland’s roads.

The study concluded that ‘traffic is not a key contributor to outdoor air pollution’ – and went on to warn that people ‘may be at greater risk from air pollution in their own homes’. 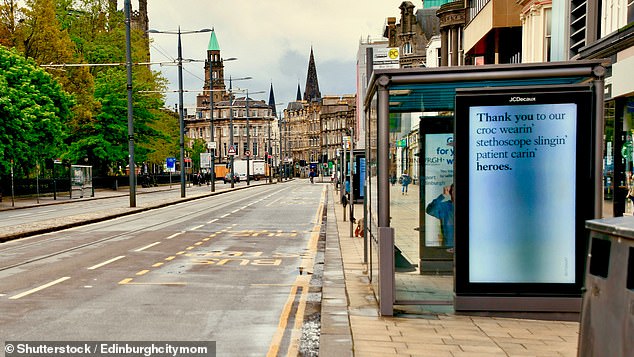 Cars ‘not a key contributor to air pollution’, says study: Report by University of Stirling found that reduced traffic levels during lockdown had little to no impact on the volume of harmful particulate matter (PM2.5) pollutants in Scotland’s air

The university study analysed data from 70 roadside monitoring stations around Scotland from March 24 – the day after lockdown was introduced in the UK – to April 23.

The 2020 figure was substantially lower than the markedly high concentrations observed in 2019 (12.8 µg/m3), however, the authors pointed out this was an ‘outlier’ likely caused by a meteorological event that caused fine particulate dust from the Saharan desert to impact on UK air quality in April of that year.

Significantly, removing the affected period from the 2019 analysis, reduces the mean value to (7.8 µg/m3).

The team did, however, note a reduction in nitrogen dioxide (NO2) due to the lower traffic levels during the opening month of the pandemic. 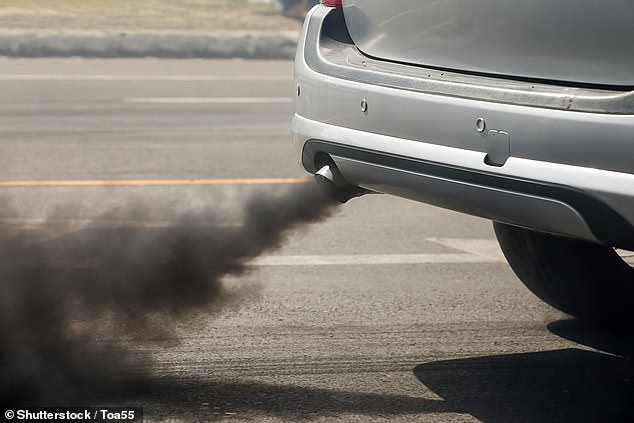 While it has widely been believed that vehicles are a major contributor to PM2.5 pollution, the University of Stirling claimed otherwise having looked into their results 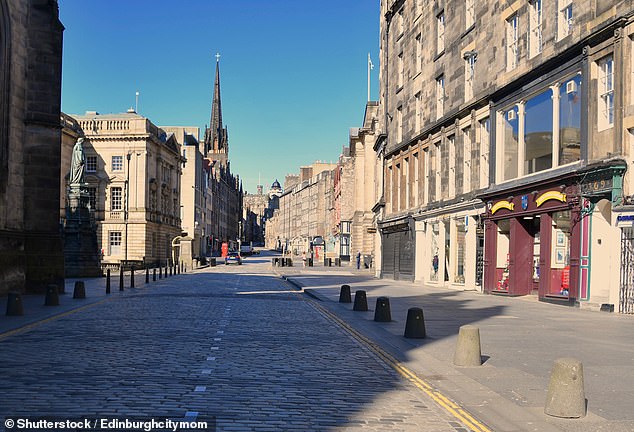 Measurements of NO2 emissions, which are specifically associated with vehicle exhaust emissions and closely linked to thousands of premature deaths a year globally – were noticeably lower in 2020 compared to the other three years.

Dr Ruaraidh Dobson, who led the study, said: ‘It has been assumed that fewer cars on the road might have led to a decline in the level of air pollution outdoors and, in turn, reduce the number of cases of ill health linked to this pollution. 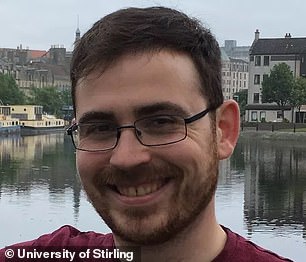 ‘However, our study – contrary to research from places such as Wuhan in China, and Milan – found no evidence of fine particulate air pollution declining in Scotland because of lockdown.’

While it has widely been believed that vehicles are a major contributor to these types of pollutants being in the air, the University of Stirling claimed otherwise having looked into their results.

Dr Dobson said the results of his findings ‘suggests that vehicles aren’t an important cause of this very harmful type of air pollution in Scotland’.

He said people may be at greater risk of exposure in their own homes, ‘especially where cooking and smoking is taking place in enclosed and poorly ventilated spaces’, he explained.

The university’s results have conflicted with other research that has claimed there has been vast improvements in outdoor air quality in some areas as a result of fewer people driving during lockdown.

PM2.5 emissions are particles or liquid droplets in the air that have a diameter less than 2.5 micrometres across –  around one 400th of a millimetre, or about 3 per cent of the diameter of a human hair.

These undetectable emissions are able to travel deeply into the respiratory tract, reaching the lungs to cause serious issue for those with existing medical conditions, such as asthma and heart disease.

Some studies have claimed that this may result in positive health effects.

Dr Dobson and colleague Dr Sean Semple said that exposure to ‘potentially harmful air’ could have actually increased during the lockdown, due to people spending more time at home.

The paper explains: ‘Lockdowns are intended to result in people spending more time in their homes. This could increase population exposure to indoor air pollution, such as cooking fumes and second-hand tobacco smoke.

‘In countries, like Scotland, where it appears that the lockdown has not led to reductions in outdoor fine particulate matter pollution, it is possible that personal exposure to PM2.5 may actually have increased rather than declined, due to higher concentrations from indoor sources of particulate within the home setting.

‘This could increase adverse health effects overall and also health inequalities – lower income people are more likely to smoke and to smoke indoors, and are likely to have smaller homes leading to higher PM2.5 concentrations from individual sources, due to smaller room volumes.’