This is the astonishing moment a group of surfers in the Dominican Republic took on towering waves as Tropical Storm Isaias barreled through the Caribbean island before strengthening into a hurricane.

Despite warnings from the police who stood by the shore, the surfers refused to leave the waters before the military boat arrived and forced them out. 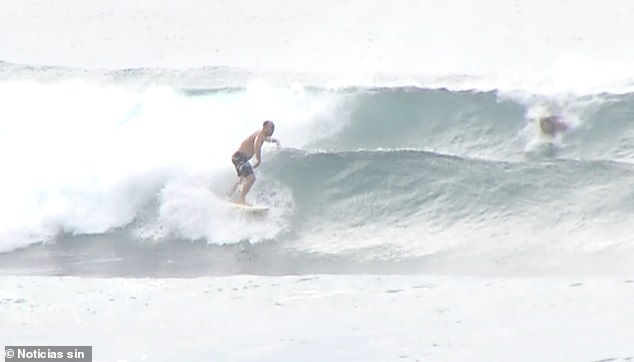 Surfers brave the tough weather conditions at a beach in Santo Domingo, Dominican Republic on Thursday as the island was hit by Tropical Storm Isaias before it converted into a Category 1 hurricane later in the evening as it neared the Bahamas 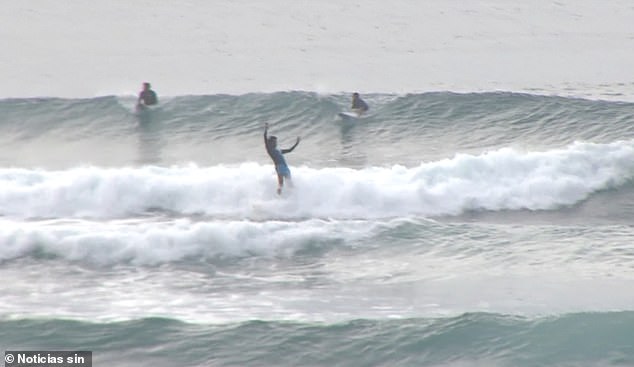 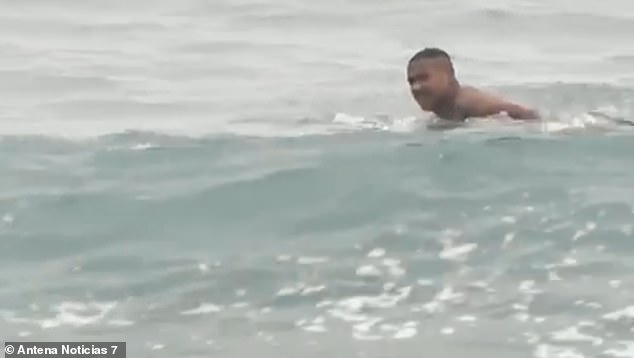 The individuals were briefly detained and fined $34 before they were released.

One of the storm defying surfers thought the conditions ‘were not dangerous’ but rather just perfect ‘because the waves were too good.’

‘If we are in the water it is because we are athletes and we know what we are doing,’ the man told Antena Noticias 7.

In other words, we understand and respect the ocean but since we are with the [surf] board, we have been doing it for a long time and it is something that we [were born] surfing and we will continue surfing until the waves stop.’

Another surfer quipped that the reporters on the scene were more irresponsible than them for coming out to the beach because of the coronavirus. 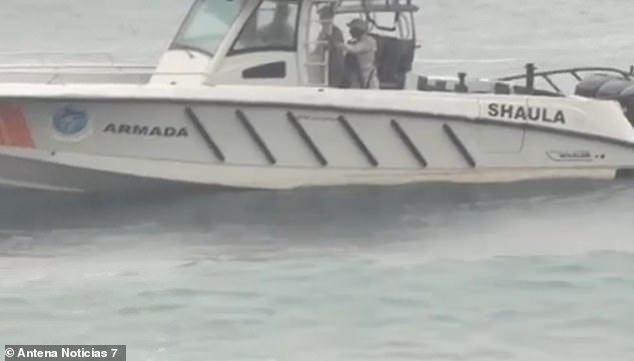 Tropical Storm Isaias strengthened into a hurricane late Thursday with reported winds of 80mph, according to Hurricane Hunters, with the possibility of worsening as it swirls north.

Isaias, which upgraded from a tropical storm sooner than anticipated, is now a Category 1 hurricane, the second of the 2020 Atlantic season.

It was centered about 70 miles east-southeast of Great Inagua Island in the southeastern Bahamas moving at 18 mph.

Tropical storm watches are in effect for parts of the Florida Peninsula, including Miami, Fort Lauderdale, and West Palm Beach. A watch means tropical storm conditions are possible on Saturday into the evening.

The storm’s center is inching away from Florida and is now forecast to be over 60 miles to the east of Cape Canaveral when it reaches the state.

Warnings were issued in the Bahamas including Nassau, Freeport, and the Abacos Islands with hurricane conditions anticipated Friday into Saturday. 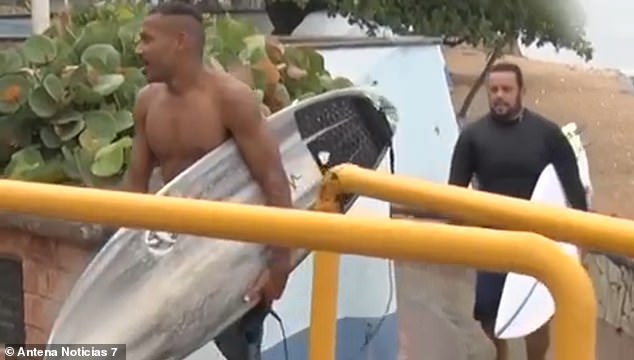