UK population ‘might have shrunk by 1.3million’ amid pandemic
Scott Morrison warns coronavirus is ‘keeping us from living’
Protesters in MAGA t-shirts and hats march maskless through Target shouting ‘take off your mask!’

President Donald Trump will fly to New York City on Friday to visit his ailing younger brother Robert after he was hospitalized earlier in serious condition.

The 72-year-old was admitted to New York Presbyterian Hospital in Manhattan and was described as ‘very ill’, however further details of his illness or condition were not released.

During a White House press briefing on Friday, the president said his brother is ‘having a hard time’ but did not elaborate on why he had been hospitalized.

‘I have a wonderful brother, we’ve had a great relationship for a long time. He’s in the hospital right now, hopefully he’ll be alright. He’s having a hard time,’ Trump told reporters before departing for New York. 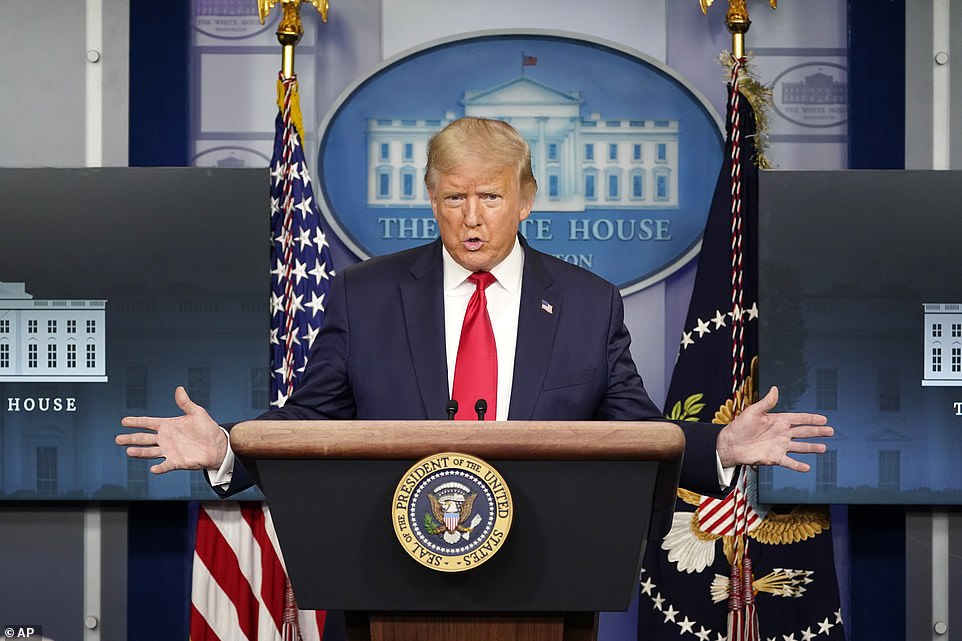 During a White House press briefing on Friday, President Trump said his younger brother is ‘having a hard time’ in the hospital 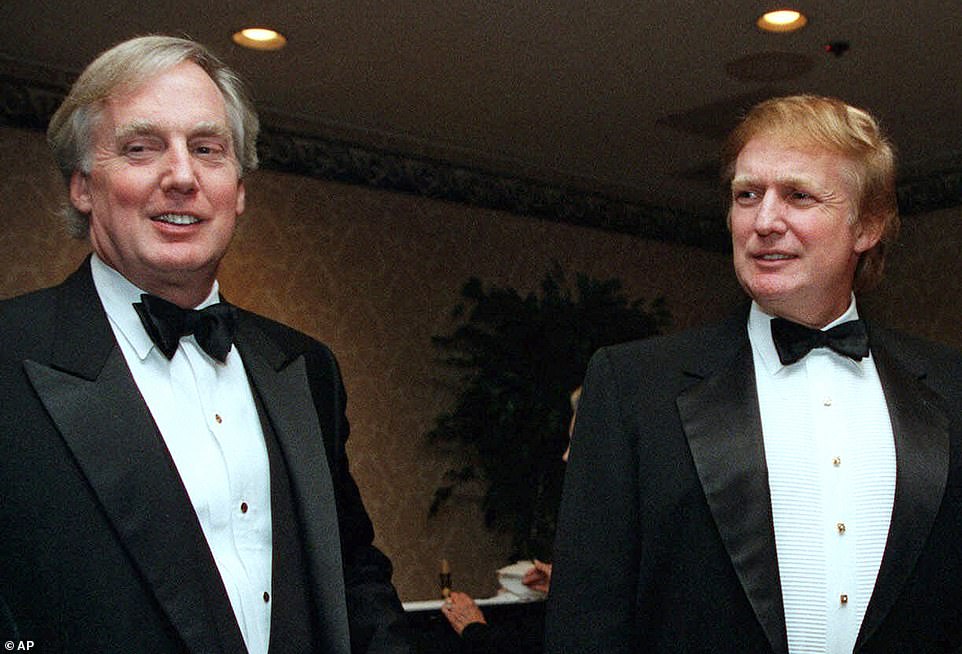 Robert Trump, pictured with older brother Donald in 1999, was admitted to New York Presbyterian Hospital in Manhattan in serious condition 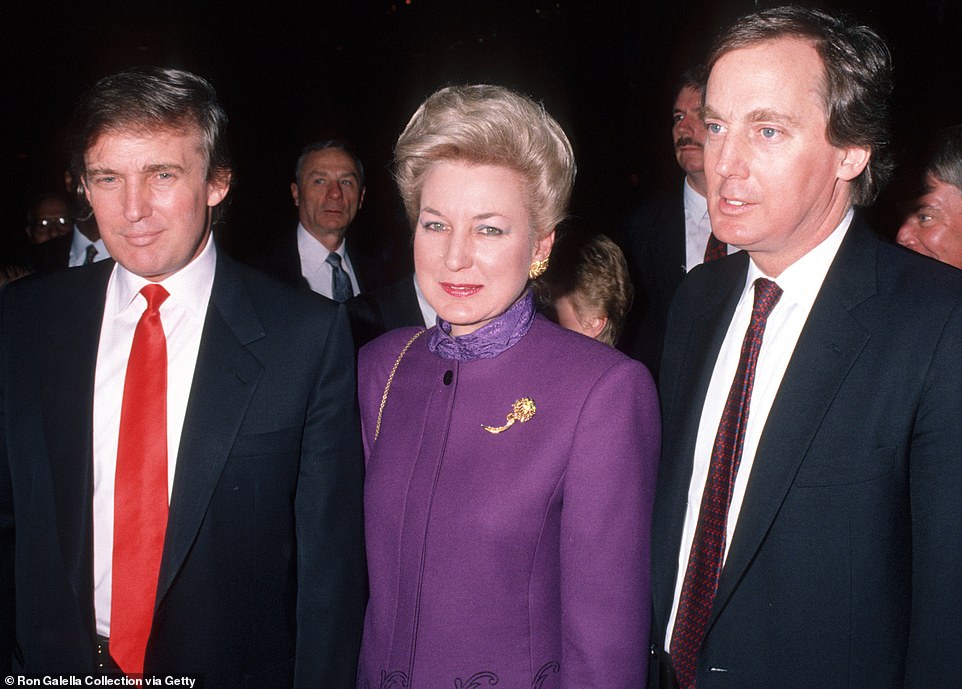 The 72-year-old was previously hospitalized for a week at Mount Sinai Hospital New York in June. He is pictured right with sister Maryanne and brother Donald in 1990 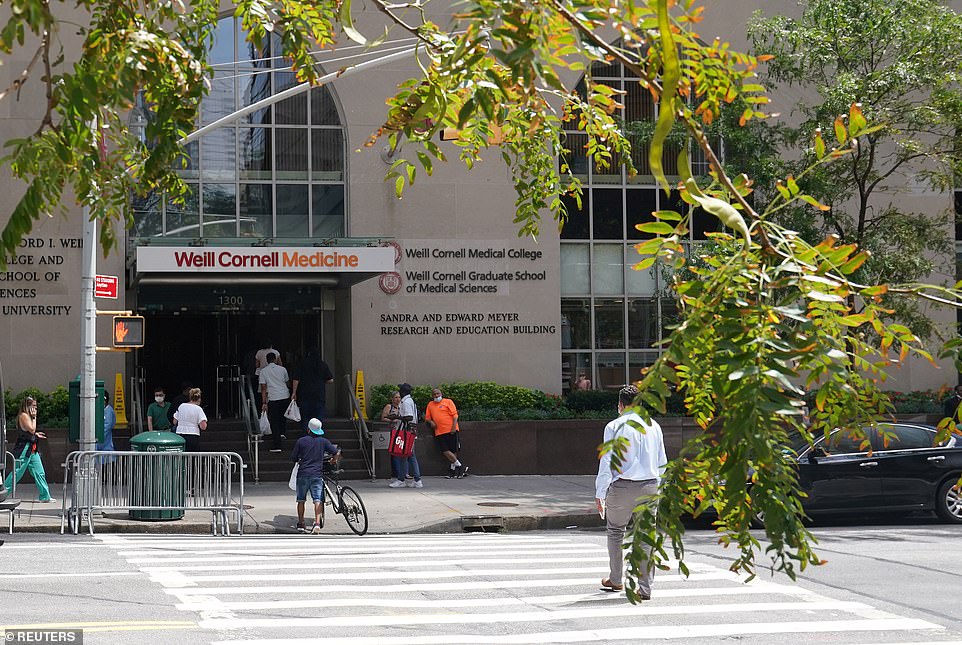 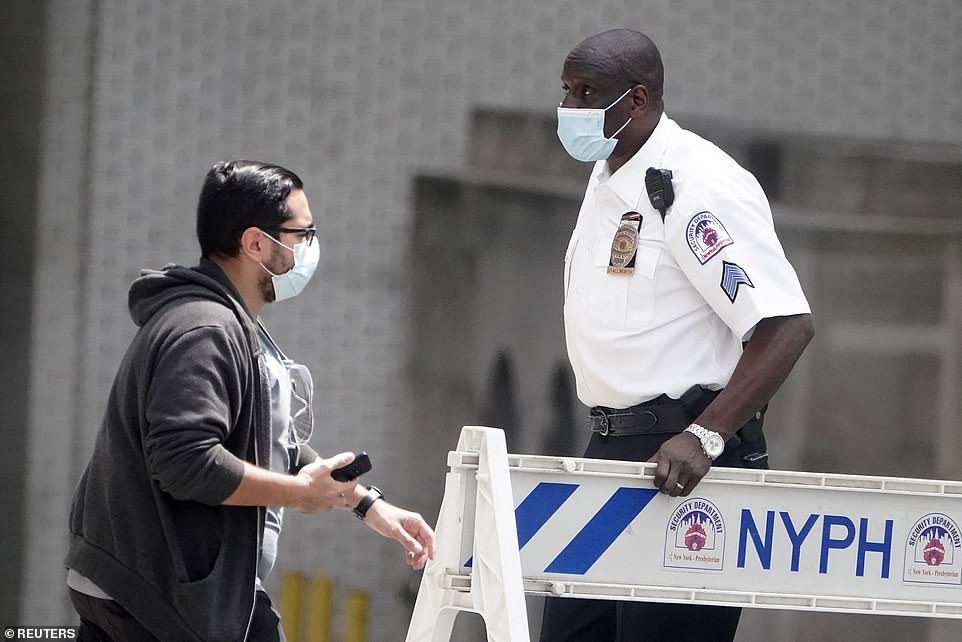 Trump had already been scheduled to travel to his country club in nearby Bedminster, New Jersey, for the weekend.

Hospital security guards were seen blocking off access to a street outside the medical center ahead of the president’s visit earlier this afternoon.

Robert, the youngest of the five Trump siblings, had been previously hospitalized for ten days at Mount Sinai Hospital in New York in June.

He was admitted to the hospital’s neurosciences intensive care unit where he was treated for a ‘serious condition’, the Daily Beast reported.

Around the same time, Robert had filed a lawsuit against his niece Mary Trump, seeking to block her from publishing a tell-all book on the president.

Mary is the daughter of the brothers’ eldest sibling, Fred Trump Jr, who struggled with alcoholism and died in 1981 at the age of 43.

Robert filed for an injunction claiming the explosive book, ‘Too Much and Never Enough: How My Family Created the World’s Most Dangerous Man’, violated the terms of a confidentiality agreement she signed nearly two decades ago.

In a statement to The New York Times in June, he accused his niece of attempting to ‘sensationalize and mischaracterize’ their family relationship for her own financial gain. 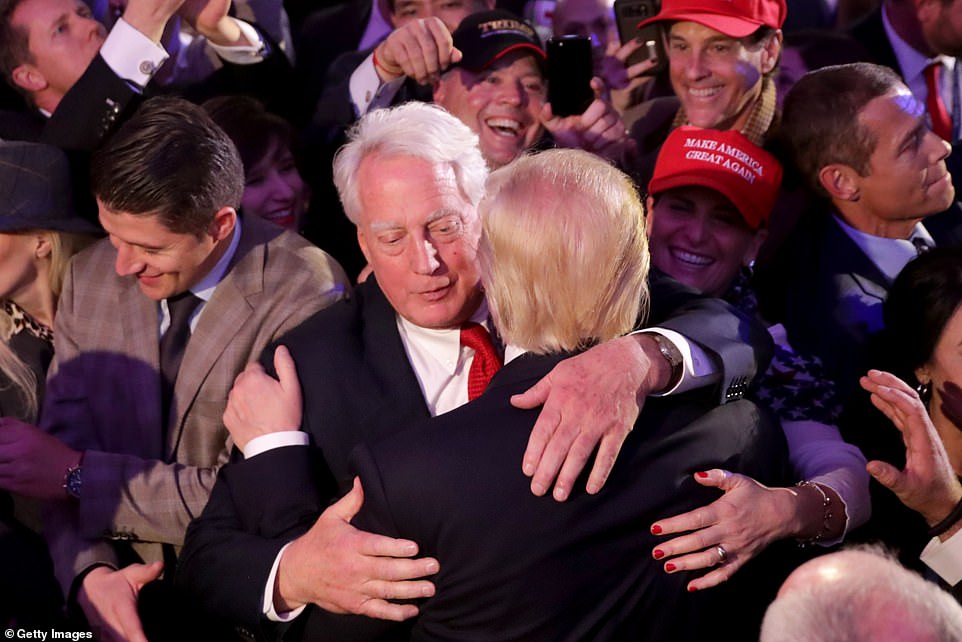 Robert has openly voiced his support for his brother over years. He is pictured hugging Donald after his presidential acceptance speech on Election Day 2016 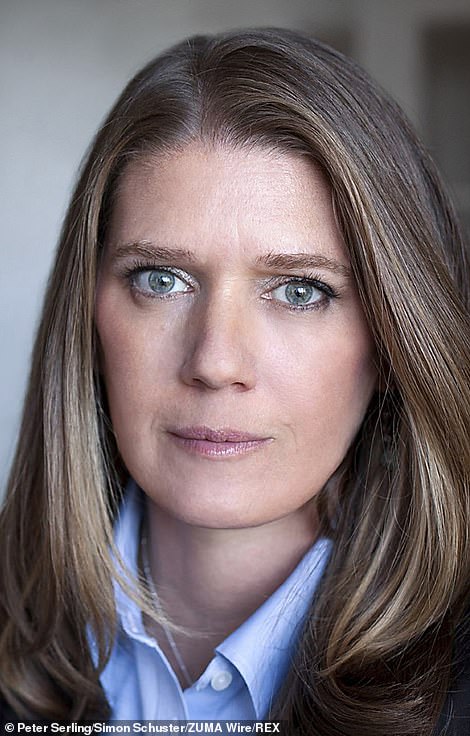 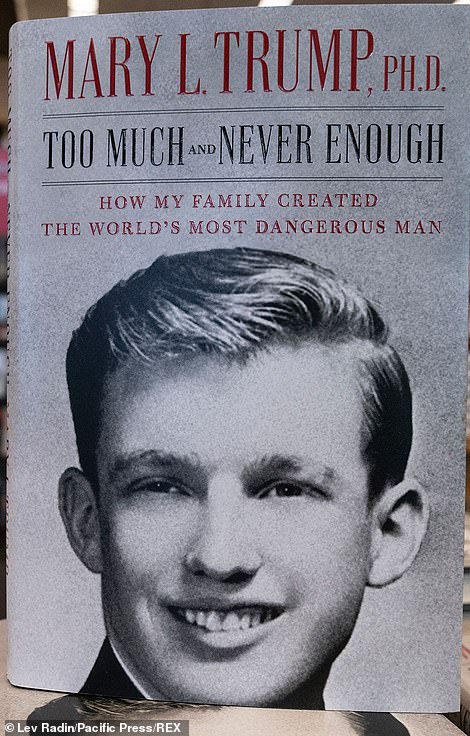 Robert was recently involved in a legal battle against niece Mary Trump (left) to block her from publishing a tell-all book on the president, Too Much and Never Enough: How My Family Created the World’s Most Dangerous Man (right)

‘I and the rest of my entire family are so proud of my wonderful brother, the president, and feel that Mary’s actions are truly a disgrace,’ Robert said.

The explosive memoir was eventually released last month after a judge agreed to lift a temporary restraining order preventing Mary from publicizing or distributing her work.

The judge said the confidentiality clauses in the 2001 agreement, ‘viewed in the context of the current Trump family circumstances in 2020, would offend public policy as a prior restraint on protected speech.’

The younger Trump has openly voiced his support for his brother over the years.

In an interview with Page Six ahead of the 2016 presidential election, Robert said he supported his brother’s campaign ‘1,000 per cent’.’ 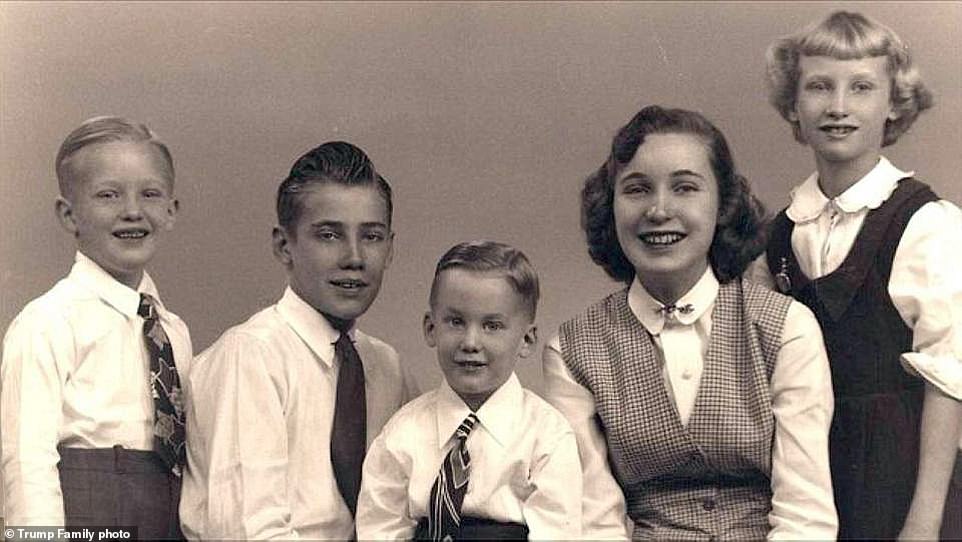 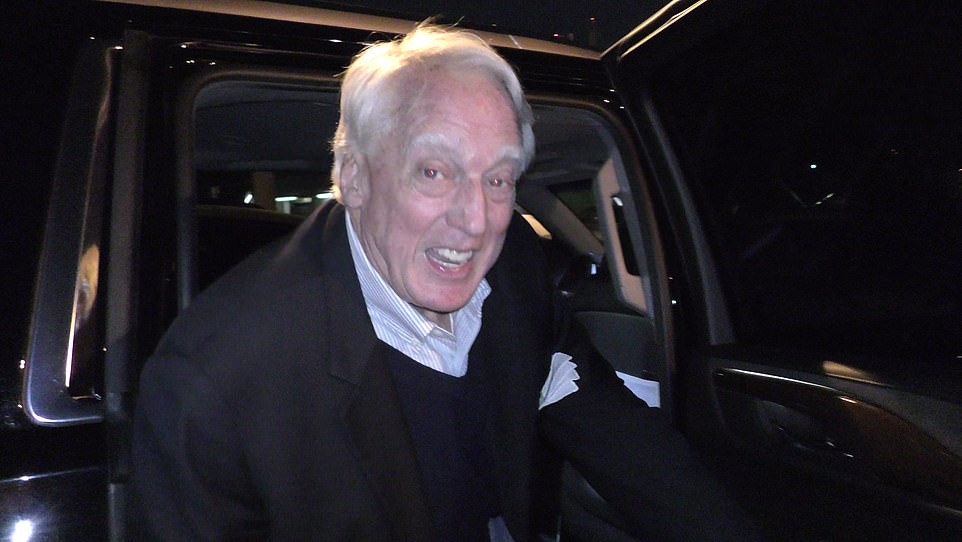 In a rare but brief interview in December, Robert said his brother had been doing ‘fantastic’, when asked how the president was holding up during his impeachment trial 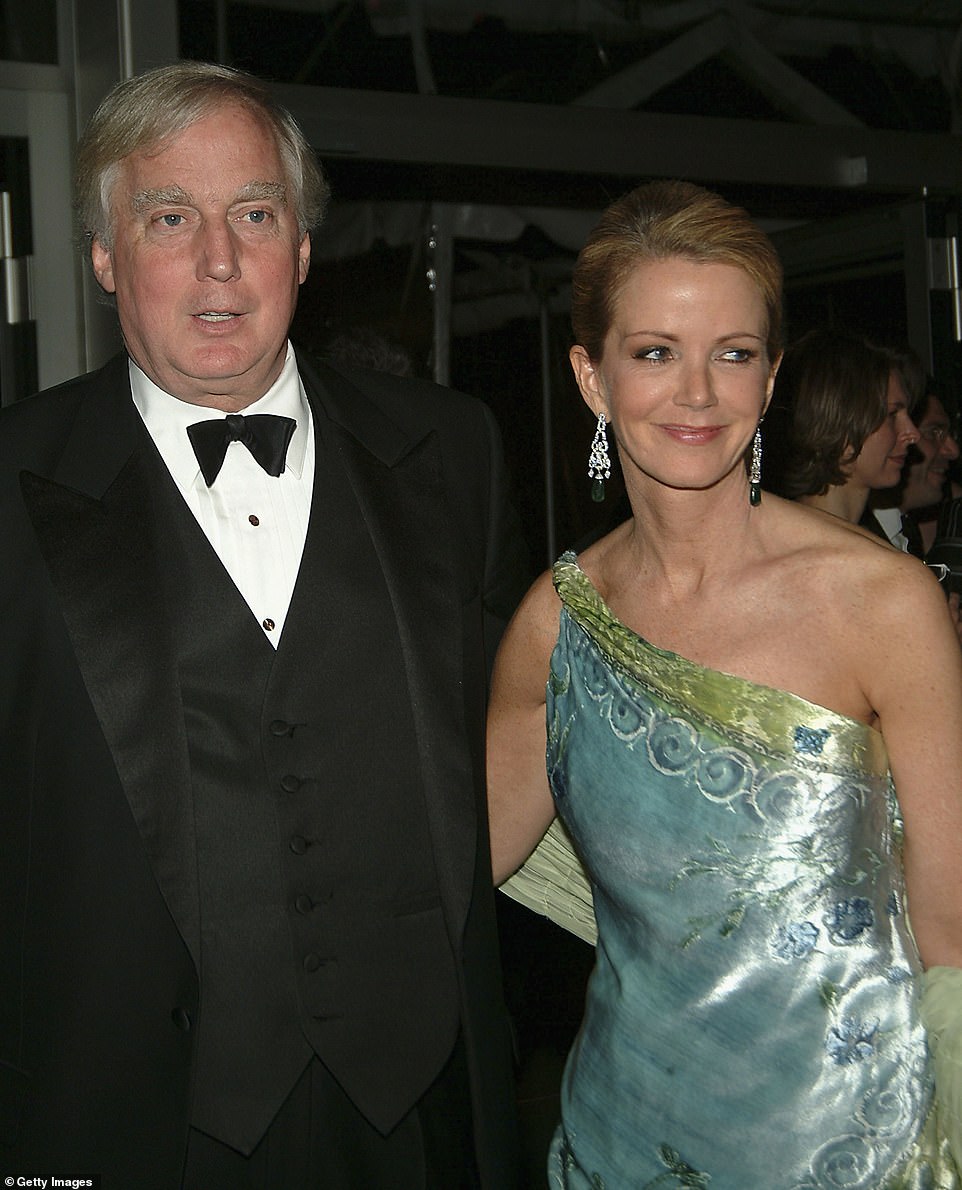 Robert was married to socialite Blaine Trump (pictured) until their 2007 divorce. He now lives in Long Island with wife Anne Marie Pallan

He was later seen celebrating Donald’s victory at the New York Hilton where the then president-elect delivered his acceptance speech.

Robert also spoke out in support of his brother during a brief, but rare interview at LAX airport last December, when Trump was at the center of an impeachment trial.

When asked how his older sibling was doing, he told the cameraman: ‘I think he’s doing fantastic’, before getting into the back seat of his car.

Robert had also held a senior position in the family business, but unlike his brother, he has generally maintained a low public profile.

He previously served as an executive for Trump Organization where he managed the real estate portfolio outside of Manhattan.

He was married to socialite Blaine Trump until their 2007 divorce, and currently serves on the board of directors of ZeniMax Media.

He is currently based in Long Island where he lives with wife Anne Marie Pallan, his former secretary.