Members of federal parliament will for the first time be able to take part in debates and question time via videolink, under a plan agreed between the

Hungry customer watches drone delivering his $14 take-out fail just feet from his office window
Only gay actors should play gay characters, says former Doctor Who screenwriter Russell T Davies
Britain is set for an 88F mini-heatwave which will make parts of the country hotter than the Bahamas

Members of federal parliament will for the first time be able to take part in debates and question time via videolink, under a plan agreed between the major parties.

Leader of the House Christian Porter said the video option would be available to MPs who can satisfy Speaker Tony Smith they are unable to attend in person.

They must be able to show the coronavirus pandemic had made it ‘essentially impossible, unreasonably impracticable, or would give rise to an unreasonable risk for the member to physically attend’. 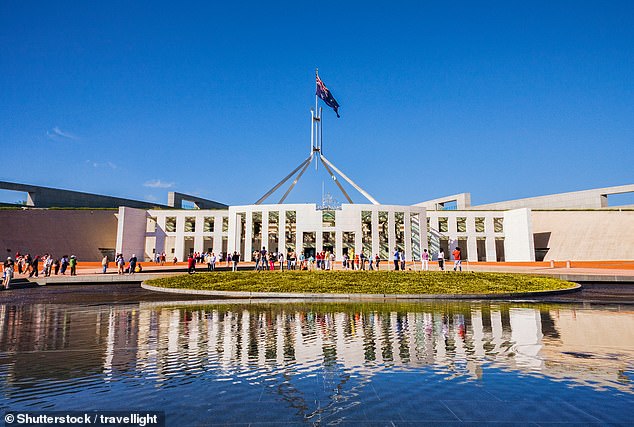 They will have to dial in on a secure line from a parliamentary or an electorate office and will be able to contribute to debates and ask questions during question time, with 15 minutes notice given to the chair.

But all voting will be done in person by those who travel to Canberra and the remote members won’t be able to second motions or move amendments to a motion or bill.

A number of Labor frontbenchers will not be attending including Victorians Bill Shorten, Richard Marles, Mark Dreyfus and Clare O’Neil.

The Senate’s rules for video calls, based on a procedures committee report due to be tabled in parliament on Friday, won’t be approved until senators sit on Monday morning.

They are expected to be slightly different to those applying in the lower house.

The lower house and Senate are due to sit for a fortnight from Monday under strict rules covering hygiene and distancing.

Parliament House won’t be open to the public and there will be a limit on staffers and others entering the building.

On the agenda is expected to be a bill to extend the timeframe for, but cut the level of, the multi-billion-dollar JobKeeper wage subsidy and JobSeeker welfare benefits.