TV presenter Andrew O'Keefe has been fighting his many demons quite literally in silence, attending a Buddhist-style silent meditation retreat where

TV presenter Andrew O’Keefe has been fighting his many demons quite literally in silence, attending a Buddhist-style silent meditation retreat where he vowed not to speak a word.

Daily Mail Australia can reveal new details of the Channel Seven star’s personal battles as the Seven Network confirmed The Chase host has been dumped from the station’s line-up.

The father-of-three’s contract expired late last year and wasn’t renewed before his alleged assault of his new girlfriend, Dr Orly Lavee, at her unit in Randwick, in Sydney’s eastern suburbs, on Sunday morning.

O’Keefe has been candid with how he checked himself into a mental health clinic in recent years as well as his visits to rehab.

Among his colleagues at Seven, the 49-year-old has boasted about his time spent at a silent meditation retreat, where attendees take days-long vows not to speak, about 18 months ago.

‘He was eager to fix himself,’ an industry insider said, adding: ‘He was quite open about (the silent retreat) at Seven.’

The 49-year-old father-of-three’s troubles in recent years have been well-documented. O’Keefe himself has even drawn parallels between his own issues and his rockstar uncle Johnny O’Keefe, who died of an accidental drug overdose at 43. 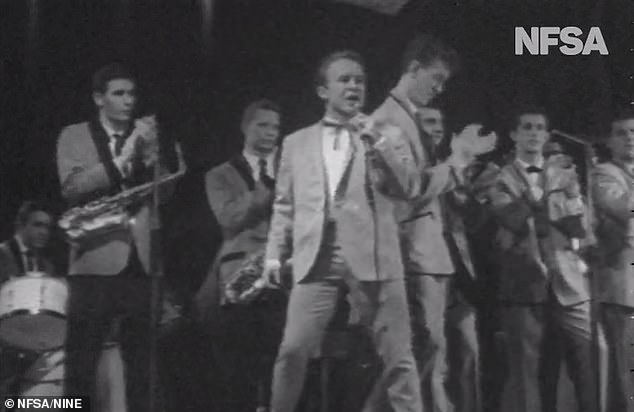 Andrew O’Keefe’s uncle was the legendary rockstar Johnny O’Keefe (above). Andrew’s father Barry was a Supreme Court Justice – the ‘mild one’ to Johnny’s ‘wild one’

Johnny was one of the first Australian celebrities to be open with the public about his mental health demons. He described the Ryde Psychiatric Centre as his ‘winter palace’.

‘I’ve struggled a little bit in that regard lately I suppose,’ O’Keefe told his own network in an interview.

The 49-year-old father-of-three has been in rehab at least twice in recent years for vague reasons.

He separated from wife Eleanor in 2017, was infamously pictured kissing a brunette during a night out in Tasmania in 2018, and divorced his partner in 2019.

O’Keefe has repeatedly taken leave from The Chase to fight ‘health issues’. On one occasion, his agent attributed his disappearance to ’emotional exhaustion’.

The bout of exhaustion struck not long after the entertainer swatted a photographer with a folder, outside Sydney’s busiest court complex, where he was pleaded guilty to driving an unregistered car in the city’s eastern suburbs. 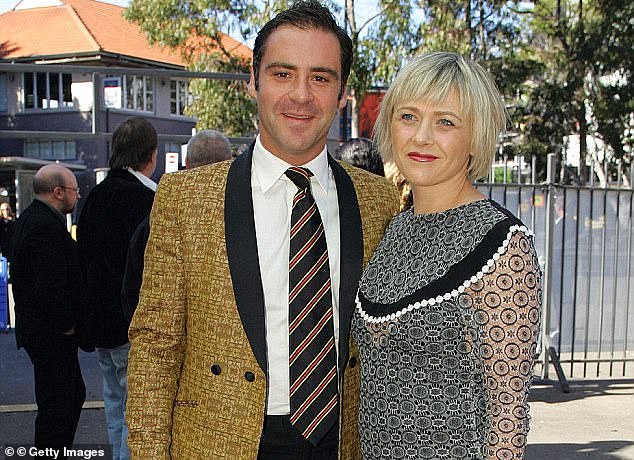 O’Keefe divorced his wife Eleanor last year. Above, at a red carpet event together several years ago 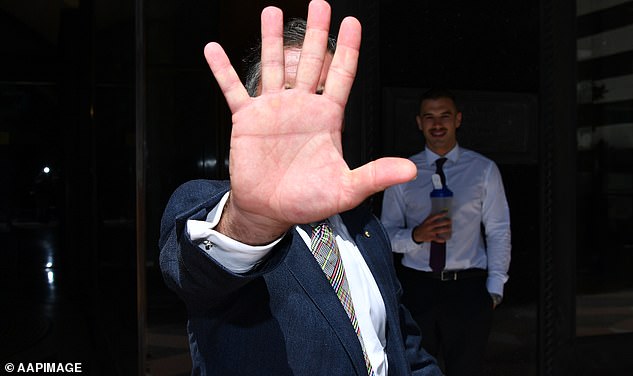 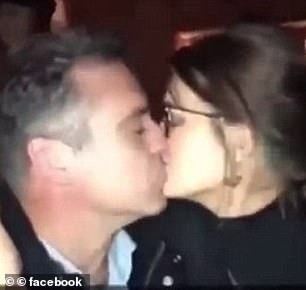 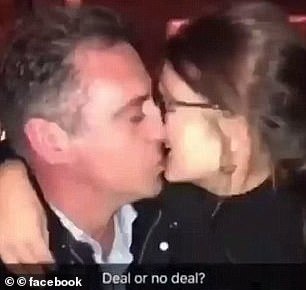 O’Keefe was famously filmed kissing a mystery brunette woman during a night out in Hobart, Tasmania in 2018. A friend captioned thee image as ‘deal or no deal’

Entertainment commentator Peter Ford told Radio 2GB that O’Keefe was ‘greatly loved’ at Seven, but ‘almost like a troubled genius.’

‘Seven have been remarkably generous over the years in the way they’ve dealt with him because it has caused numerous problems on many occasions’.

Just last year, O’Keefe said he was on right track. He filmed several episodes of his afternoon game show and stepped out with his new girlfriend. A source said O’Keefe’s silent retreat occurred about 18 months ago.

‘I’m not the least ashamed to admit I’ve struggled at times over the last year with issues around my mental health, but thanks to the excellent support of friends, family and expert clinical practitioners, I’m in a very good place at the moment,’ O’Keefe said then.

But his latest short-term contract expired at the end of last year – a significant blow to his career. And in the early hours of Sunday morning, O’Keefe – a founding member of the White Ribbon anti-domestic violence organisation – was charged with assaulting Dr Lavee at her home. 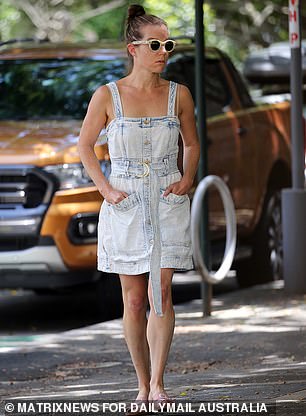 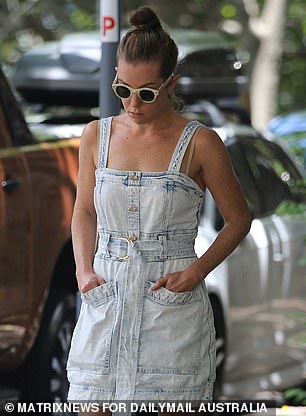 O’Keefe was charged with assaulting his girlfriend, Dr Orly Lavee, at his Randwick home in the early hours of Sunday morning

Police were called about 1am to her Randwick unit. Neighbours reported having heard a commotion. Two-and-a-half hours later, the former Deal or No Deal was located by police nearby, arrested and taken to Maroubra Police station.

Police will allege in court that O’Keefe punched his partner in the face and spat on her, among other claims.

He will fight the single charge of common assault (domestic violence related) when the matter comes before Waverley Local Court on Thursday.

O’Keefe has been hospitalised and is seeking medical treatment for unspecified reasons, however, has been in direct contact with some media.

A Seven spokesperson brought down the curtain on his time with the network earlier today.

‘Seven has had a 17-year relationship with Andrew across a number of programs, although he is no longer with the network,’ a statement said.