As well as working as a Lincoln impersonator, Buss used to be a teacher at Freeport high school, according to his website. 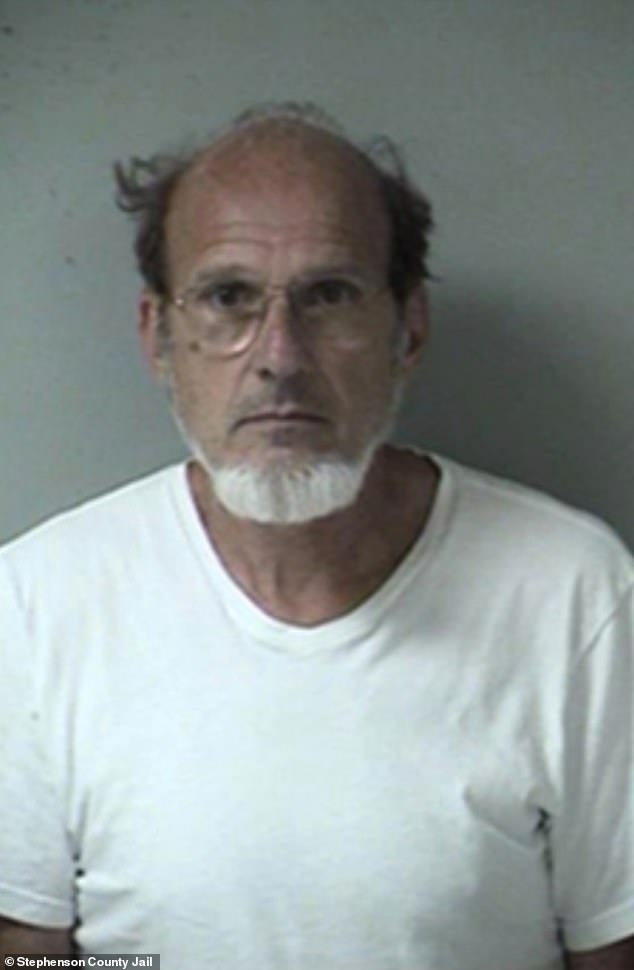 He was taken into custody on Friday morning following a six-month police investigation that was launched in February.

Buss is known across the state of Illinois as an Abraham Lincoln impersonator who has performed in venues including Quincy’s Lincoln in the District.

He was booked at the Stephenson County Jail on Friday where he is being held in lieu of a $200,000 bond.

According to his website, Buss has a background in education across northern Illinois. He had worked at Freeport School District 145 for the past ten years, serving as its AVID District Director, according to his LinkedIn page.

He was also Vice President for Equity with the local teachers’ union. 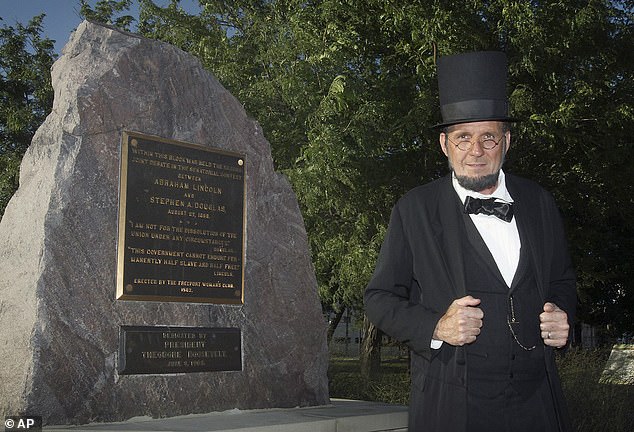 Buss is known across the state of Illinois as an Abraham Lincoln impersonator, pictured above in Debate Square in Freeport

He had been a teacher at Freeport High School, and once was a member of the district’s Board of Education.

Buss made his debut as an Honest Abe impersonator in 1986 and often performed as the historic president in elementary school classrooms.

He would participate in mock Lincoln-Douglas debates up-and-down the state. The historic debates were held between Lincoln and incumbent Senator Stephen Douglas in 1858.