The best fine dining restaurants in Australia have been named by Tripadvisor, with Canberra restaurant Sage Dining Rooms taking out the prestigious top spot.

There are more than 1,000 glowing reviews on Tripadvisor for Sage, many of which describe it as ‘fantastic’, a ‘hidden gem’ and ‘incredible’. 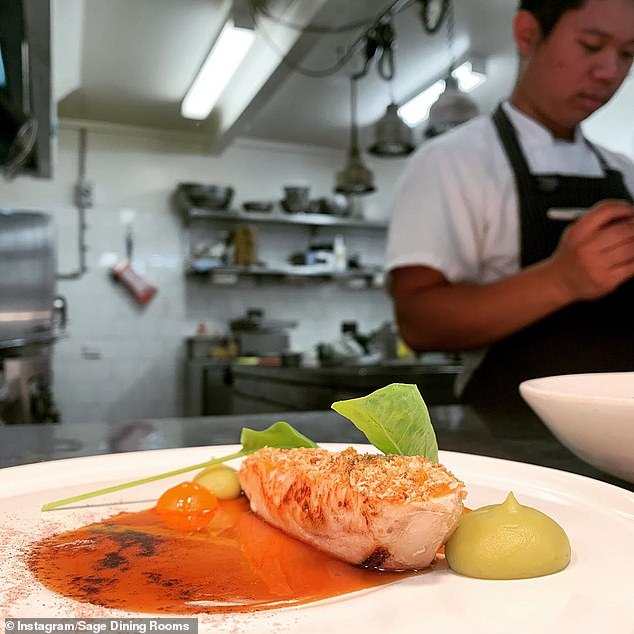 The best fine dining restaurants in Australia have been named by Tripadvisor, with Canberra restaurant Sage Dining Rooms taking out the prestigious top spot (the kitchens pictured) 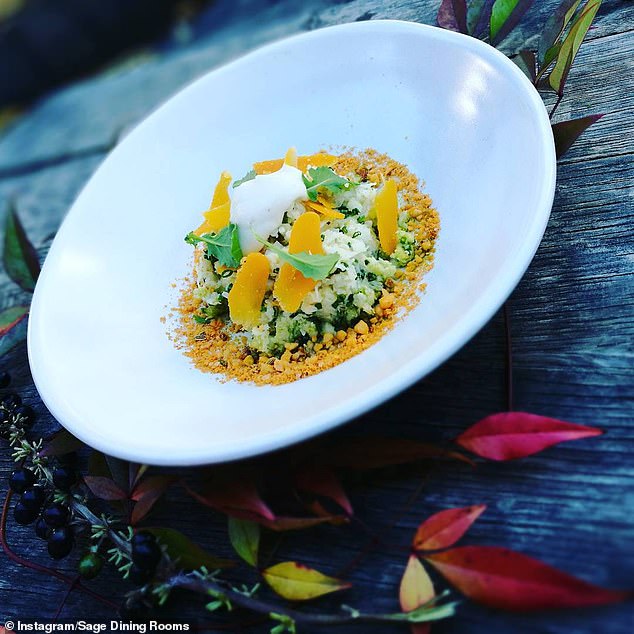 Sage offers an array of different dishes, all of which are made with fresh ingredients grown from the adjoining ‘farm’ and designed to be ‘paddock to plate’.

Diners can choose between a two-course ($55), three-course ($65) or five-course chef’s pick menu ($90), with dishes including tuna tartare, seared barramundi and braised beef cheek.

There are also plenty of dishes with a focus on vegetables, such as the Jerusalem artichoke, whipped garlic, buckwheat dukkah and dashi dish or the roasted broccoli, macadamia and yuzu starter. 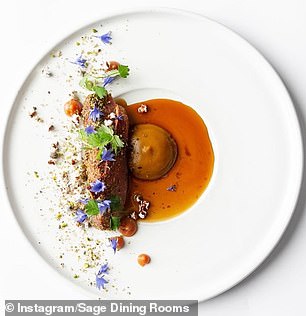 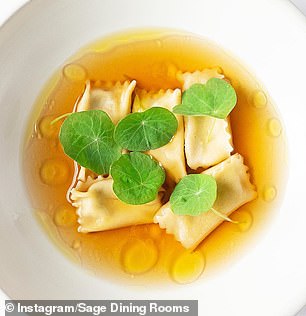 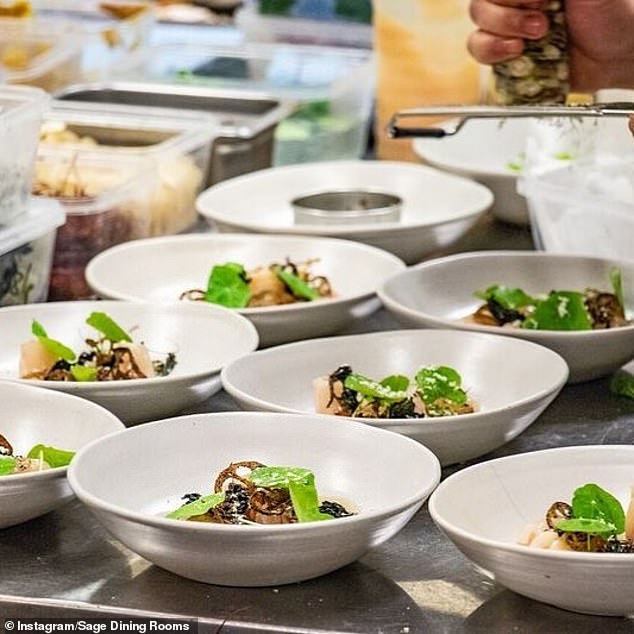 In the past, Sage has picked up a string of other awards, such as the Gault & Millau Restaurant of the Year finalist in 2018 and awards from Gourmet Traveller (dishes pictured)

In the past, Sage has picked up a string of other awards, such as the Gault & Millau Restaurant of the Year finalist in 2018 and awards from Good Food and Gourmet Traveller.

However, the Tripadvisor title is perhaps its most illustrious yet, as it puts it among the top one per cent of restaurants worldwide.

‘I’m incredibly proud of the amazing staff at all of our restaurants,’ the co-owner Pete Harrington told the Canberra Times.

‘Their commitment to providing the best hospitality experiences are second to none and receiving an award of this magnitude is an honour that acknowledges the care, hard work, passion and long hours put in.’ 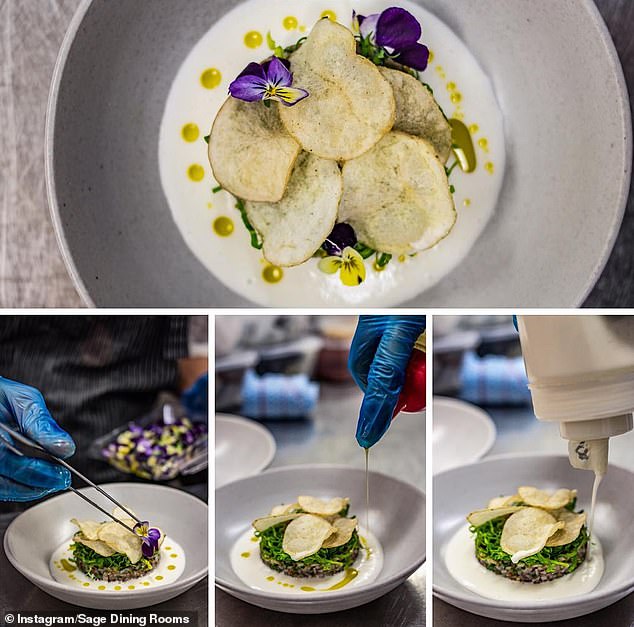 Reviewers of Sage on Tripadvisor have described it as ‘delicious’, ‘fantastic food’ and ‘first class’ (one of the dishes being prepared pictured)

Reviewers of Sage have described it as ‘delicious’ and ‘first class’.

‘We had the tasting menu – five course. Great to see a restaurant genuinely interested in receiving feedback on each dish.’

Another reviewer wrote: ‘My wife took me here for a birthday surprise recently and all I can say is WOW!

‘We had the degustation menu. From the outset the service was brilliant. Everything from the food to the wine was explained extremely well and the timing of each course was spot on.’

The reviewer added: ‘Having eaten in many restaurants in Australia and around various countries of the world I have to say this was certainly right up there. 10/10.’ 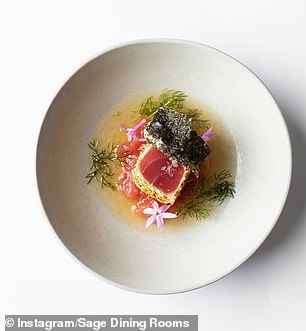 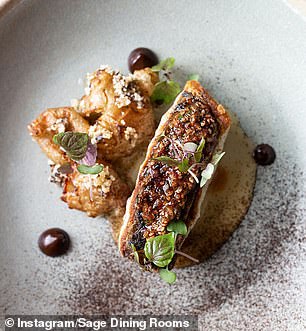 What are the top 10 fine dining restaurants in Australia according to Tripadvisor? 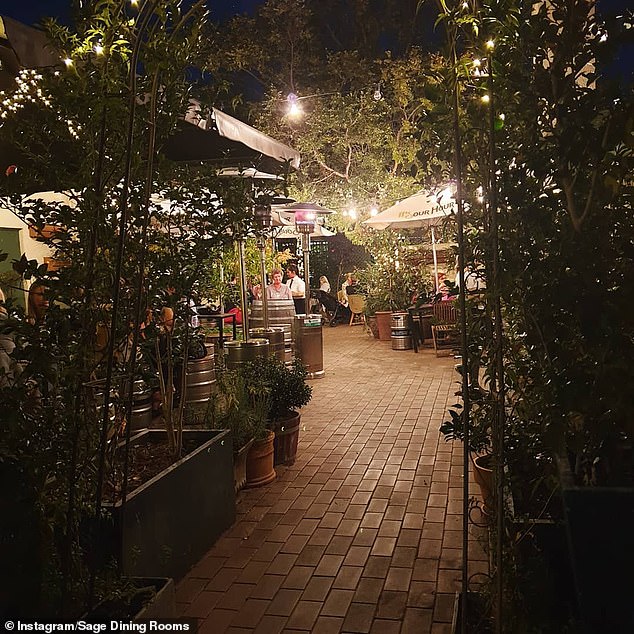 Other restaurants named in the top 10 in Australia include Circa 1876 in the Hunter Valley, which came second, and Georges on Waymouth in Adelaide.

Eateries in Melbourne (Vue de Monde), Port Macquarie (The Stunned Mullet) and Brisbane (Bacchus) were also included in the top 10.

The former bare-knuckle boxer's funeral cortege brought the city's traffic to a standstill as hundreds of people gathered to say goodbye to him.  Willy Collins,...
Read more
- Advertisement -

A Melbourne council could ban backyard barbecues after a petition was launched calling for an end to 'offensive emissions'. Bayside Council, in the city's southern suburbs,...
Read more

Iggy Azalea has certainly changed her looks with plastic surgery and various enhancements over the years. And on Saturday, the Australian rapper, 30, poked fun...
Read more

The captain of a P&O 'ghost ship' has been sharing his experiences on-board the usually packed vessel as it sits with only a handful...
Read more

Iranian musician, 30, is arrested over claims he let women sing and dance in online art video

An Iranian musician has been arrested on charges of aiding women to sing and dance, a new report has alleged. Mehdi Rajabian, 30, who has...
Read more