New York’s coronavirus death toll in nursing homes – already among the highest in the nation – could actually be a significant undercount, a new analysis finds.

Unlike every other state, the Empire State only counts residents who died on nursing home property and not those who were transported to hospitals and died there, according to the Associated Press.

That statistic could add thousands to New York’s official care home death toll of a little more than 6,600, but it could be actually twice as high.

So far the administration of Democratic Gov Andrew Cuomo has refused to divulge the number, leading to speculation the state is manipulating the figures to make it appear it is doing a better than other states and to make a tragic situation less dire.

It comes as Cuomo shot down the possibility of an independent investigation into the state’s coronavirus deaths on Monday. 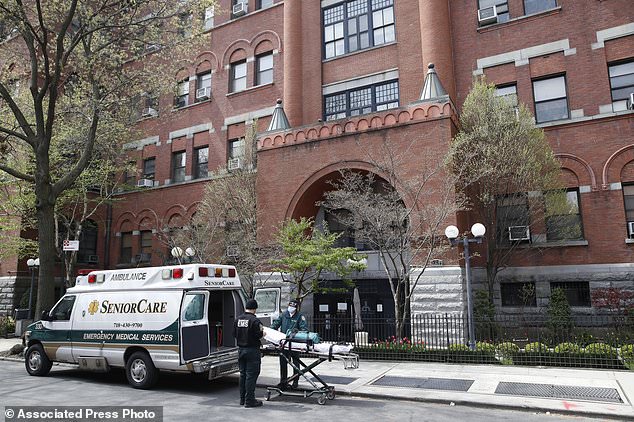 New York’s reported toll of coronavirus deaths in nursing homes currently stands at 6,600, but health officials are only counting residents who died on site and not later in hospitals or other medical facilities. Pictured: EMTs arrive at Cobble Hill Health Center in the Brooklyn borough of New York, April 17 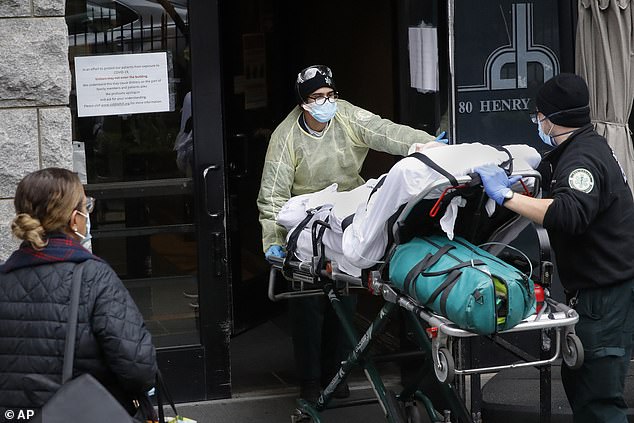 An analysis from the Associated Press says the true number could be anywhere between 11,000 and 13,000. Pictured: A patient is wheeled into Cobble Hill Health Center by EMTs in New York, April 17 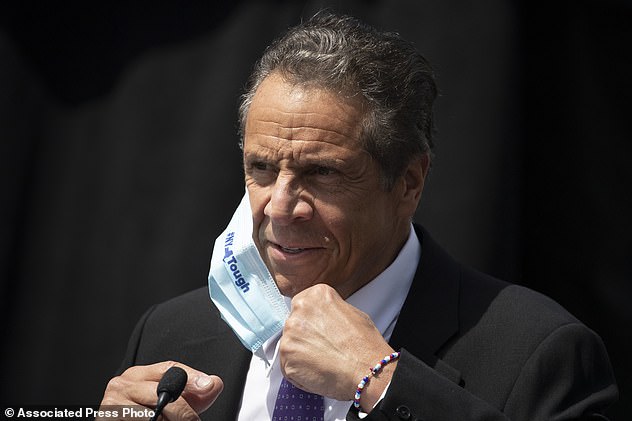 ‘It seems, sir, that in this case you are choosing to define it differently so that you can look better.’

A running tally by The Associated Press shows that more than 68,200 residents and staff at nursing homes and long-term facilities across the nation have died from the coronavirus, out of more than 163,000 overall deaths.

For all 43 states that break out nursing home data, resident deaths make up 44 percent of total COVID deaths in their states, according to data from the Kaiser Family Foundation.

Assuming the same proportion held in New York, that would translate to more than 11,000 nursing home deaths.

So how big a difference could a change in the definition of nursing home deaths make?

Since May, federal regulators have required nursing homes to submit data on coronavirus deaths each week, whether or not residents died in the facility or at a hospital.

Because the requirement came after the height of New York’s outbreak, the available data is relatively small.

According to the federal data, roughly one-fifth of the state’s homes reported resident deaths from early June to mid July, making it a tally of 323 dead, 65 percent higher than the state’s count of 195 during that time period.

Even if half that undercount had held true from the start of the pandemic, that would translate into thousands more nursing home resident deaths than the state has acknowledged.

For example, Riverdale Nursing Home in the Bronx appears, on paper, to have escaped the worst of the coronavirus pandemic, with an official state count of just four deaths in its 146-bed facility.

The truth, according to the home, is far worse with an actual death toll of 21, mostly residents who were transported to hospitals before they succumbed.

‘It was a cascading effect. One after the other,’ administrator Emil Fuzayov recalled.

Another group of numbers also suggests an undercount. 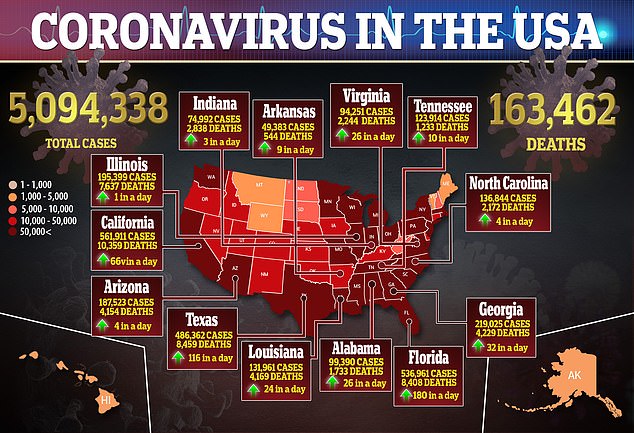 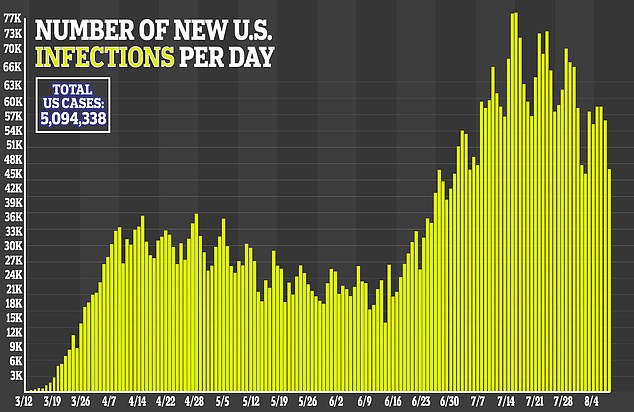 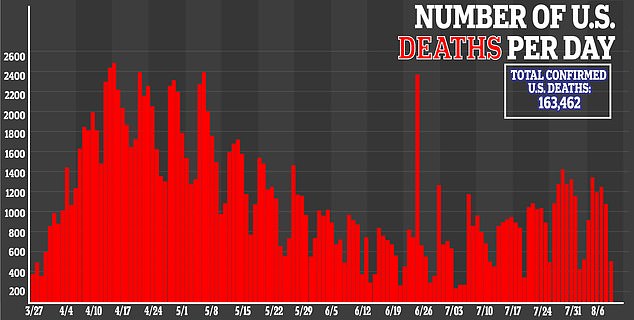 While some of that increase can be attributed to fewer new admissions and people pulling their loved ones out, it suggests that many others who aren’t there anymore died.

However flawed New York’s count, Cuomo has not been shy about comparing it to tallies in other states.

Nearly every time Cuomo is questioned about New York’s nursing home death toll, he brushes off criticism as politically motivated and notes that his state’s percentage of nursing home deaths out of its overall COVID-19 death toll is around 20 percent.

‘Look at the basic facts where New York is versus other states,’ Cuomo said during a briefing Monday.

‘You look at where New York is as a percentage of nursing home deaths, it’s all the way at the bottom of the list.’

During this same call, however, he told reporters he wouldn’t do an independent probe and said the calls for such an examination are political attacks from Republicans.

‘No, I wouldn’t do an investigation,’ he said

‘I think you’d have to be blind to think it’s not political, Just look at where it comes from and look at the sources and look at their political affiliation and…look at what publications raise it and what media networks raise [it]. It’s kind of incredible.’

Boston University geriatrics expert Thomas Perls said it doesn’t make sense that nursing home resident deaths as a percentage of total deaths in many nearby states are more than triple what was reported in New York.

‘Whatever the cause, there is no way New York could be truly at 20 percent,’ Perls said. 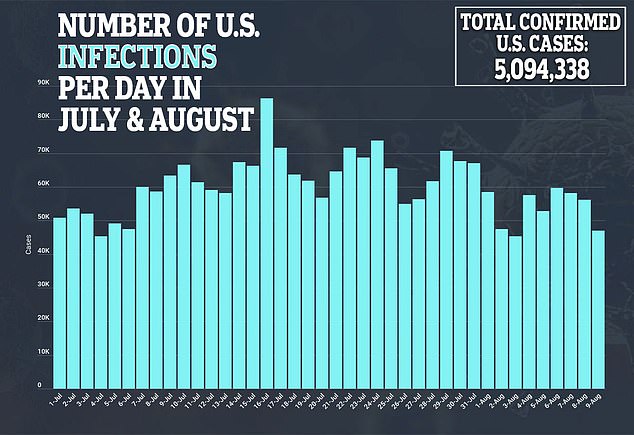 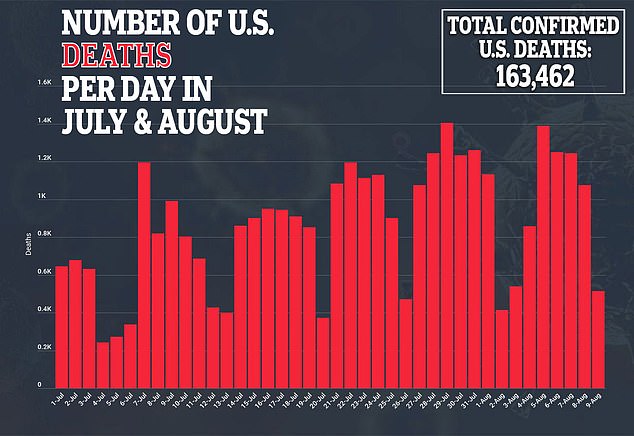 Nursing homes have become a particular sore point for the Cuomo administration, which has generally received praise for steps that flattened the curve of infections and New York’s highest-in-the-nation 32,781 overall deaths.

But a controversial March 25 order to send recovering COVID-19 patients from hospitals into nursing homes that was designed to free up hospital bed space at the height of the pandemic has drawn withering criticism from relatives and patient advocates who contend it accelerated nursing home outbreaks.

Cuomo reversed the order under pressure in early May. And his health department later released an internal report that concluded asymptomatic nursing home staffers were the real spreaders of the virus, not the 6,300 recovering patients released from hospitals into nursing homes.

But epidemiologists and academics derided the study for a flawed methodology that sidestepped key questions and relied on selective stats, including the state’s official death toll figures.

‘We’re trying to find out what worked and what didn’t work and that means trying to find patterns,’ said Bill Hammond, who works on health policy for the nonprofit Empire Center think tank.

‘You can’t do that if you have the wrong data.’ 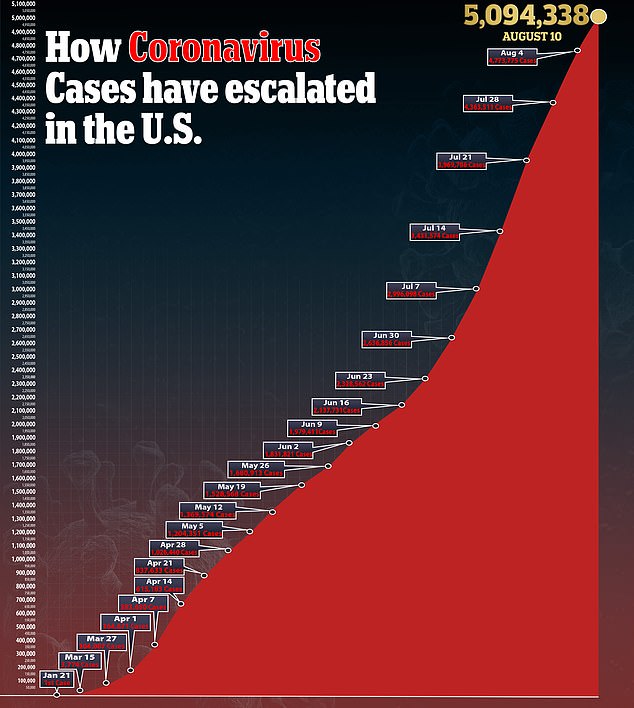