Huw Edwards has revealed how he has battled against depression – and took up boxing to cope.The BBC newsreader, 58, told how he struggled...
Read more
Home US Trump expected to rake in $15 million in campaign cash during Southampton...
US
August 7, 2020
Updated: 10 hours ago

President Donald Trump is set to rake in $15 million dollars in campaign cash this Saturday in a series of fundraisers in the posh Southampton area of Long Island, including a stop at the home of Donald Trump Jr. and Kimberly Guilfoyle.

The fundraiser at the home of his son and his son’s girlfriend is only one event in a series of fundraisers Team Trump has embarked on this month after trailing Democratic rival Joe Biden in second quarter fundraising.

Guilfoyle serves as the fundraising chair for the re-election campaign. She was seen getting her hair done at Blow, in Bridgehampton on Friday, ahead of the fundraiser. 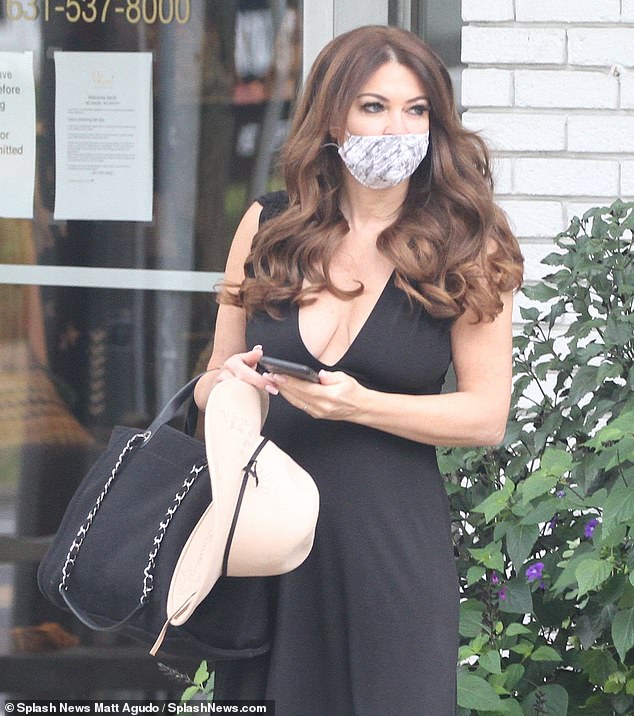 President Trump will attend a fundraiser on Saturday at the Southampton home of Kimberly Guilfoyle (above) and Donald Trump Jr. 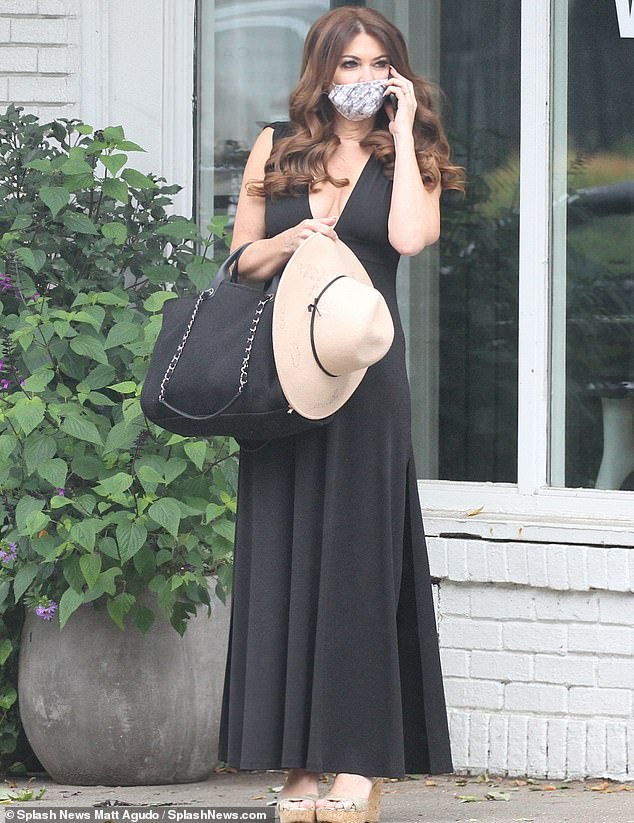 Her tenure with Team Trump came under fire when some staff complained to Politico and The New York Times about her management skills and her use of private airplanes.

But her defenders point to her successful fundraising record and her ability to reach new donors for the Republican Party. Plus she is close to the Trump family given her relationship with the president’s eldest son.

The president will also attend an event Saturday at the Southampton home of billionaire former hedge fund manager John Paulso, one of Trump’s closet allies on Wall Street.

Tickets for the dinner event are priced up to $500,000 per couple, according to an invitation obtained by CNBC.

The series of events is expected to raise $15 million for the Trump Victory Fund, a joint fundraising apparatus for the president’s re-election campaign, the Republican Party and some state parties.

The Southampton area was celebrating Trump on Friday too when supporters staged a boat parade in the president’s honor around the area.

New York only allows for gatherings of up to 50 people and Gov. Andrew Cuomo has encouraged people to wear masks, particularly when unable to socially distance.

Guilfoyle reportedly caused panic in the Southampton neighborhood, home to many wealthy and influential people, after her COVID diagnosis. Shortly before it, she and Don Jr. were spotted at an outdoor rooftop party where few people wore masks.

She tested positive for the coronavirus ahead of President Trump’s July 3 celebration at Mount Rushmore. She and Don Jr. returned to New York instead of staying at the celebration. 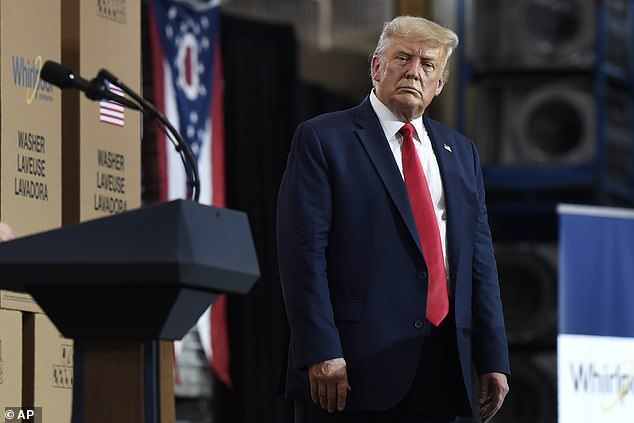 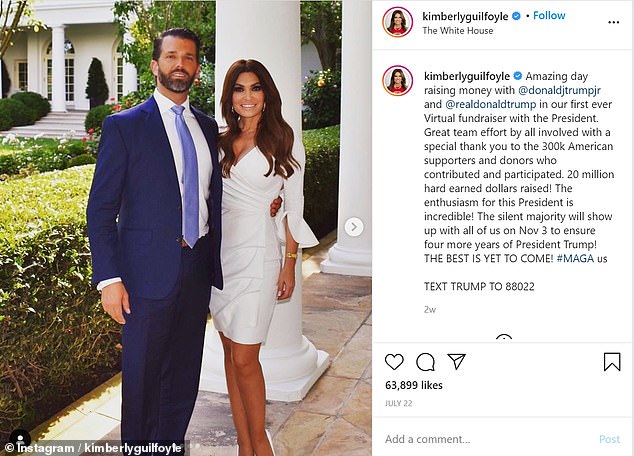 Donald Trump Jr and Kimberly Guilfoyle were in Washington D.C. on July 22 for fundraisers

The couple are popular surrogates for the president on the campaign trail and regular fundraisers for the Republican Party, using their big-name draw and down home style to raise money for state parties and GOP candidates across the country.

On July 22, both Don Jr and Guilfoyle posted photos to their instagram accounts of their time at the White House as part of a fundraising trip to Washington D.C.

Team Trump has stepped up its fundraising effort after Biden beat President Trump in second quarter fundraising: $282 million to $266 million.

The president made a comeback in July when his team raised $165 million that month compared to Biden’s $140 million. The new totals have put the two campaigns essentially even when it comes to cash on hand.

But President Trump is spending this weekend focused on his campaign coffers. He attended a fundraiser at a yatch club on Lake Erie in a posh Cleveland neighborhood on Thursday that raked in $5 million for his campaign.

And Ivanka Trump brought in $4 million dollars for her father’s re-election campaign in her first virtual fundraiser Wednesday that featured a surprise appearance from President Trump.

Ivanka Trump appeared on the zoom call with Republican National Committee Chairwoman Ronna McDaniel, a source with knowledge of the fundraiser told DailyMail.com.

During the fundraiser, President Trump made a surprise phone call to Ivanka and spoke briefly to her and the more than 70 donors on the call. 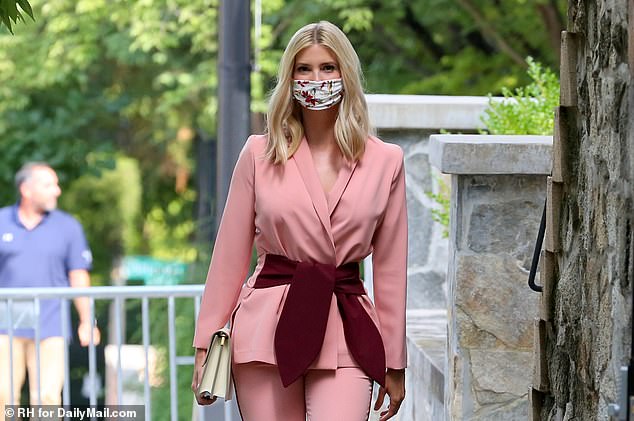 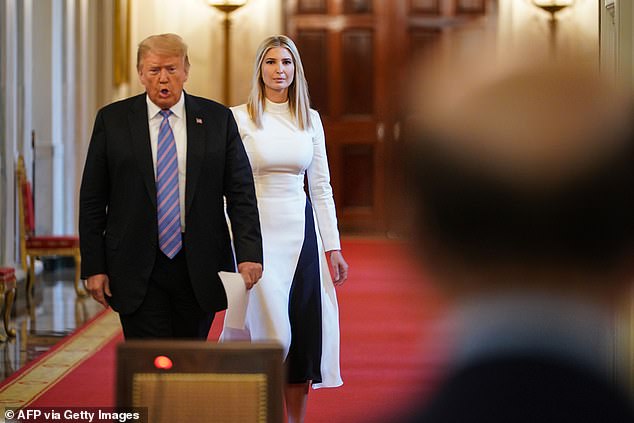 The money from the fundraiser went to the Trump Victory fund.

Ivanka Trump, who serves as an unpaid adviser in the White House, is the second highest requested fundraiser next to the president, according to the source.

She will be in Wyoming later this month for a high-dollar fundraiser with prominent GOP businessman Foster Friess.

Friess told CNBC the first daughter, her husband Jared Kushner, Donald Trump Jr. and Guilfoyle will all be at the August 10 event.

With the election less than 100 days away, the competition is heating up and the pressure to fill the campaign coffers is building on both presidential candidates.

Huw Edwards has revealed how he has battled against depression – and took up boxing to cope.The BBC newsreader, 58, told how he struggled...
Read more
News

A 56-year-old woman is in a critical condition after she was allegedly bashed with a vacuum cleaner tube and a knife by a teenager.Emergency...
Read more
- Advertisement -

Hot and bothered Brits are moaning about getting no shut eye last night as the UK experience its hottest August day in 17 years...
Read more