Boys whose mothers suffer from depression while pregnant are more likely to be hyperactive and aggressive, a study has revealed.Researchers from Canada also found...
Read more
Home News Stories Supersavers lift the lid on what it really means to FIRE with...
NewsStories
August 5, 2020
Updated: 5 days ago

Super-savers determined to retire early have lifted the lid on the sacrifices they have made in order to stash away over half of their income in a bid to beat the system.

The financial independence, retire early [FIRE] formula – an idea born in the US – has been inspiring thousands in the UK to achieve the ultimate aspiration of giving up work by saving a nest egg equivalent to 25 times your annual salary to retire early. Workers earning £25,000 a year, for example, should aim for savings worth £625,000.

Experts in the movement, which promises to help anyone go ‘from broke to never needing to work again’, say workers should save anywhere between 50 and 75 per cent of their salary each month. Savings should be invested in property and low-risk shares for between 10-20 years, with the profits banked each year.

At the same time, workers are encouraged to use the remaining part of their monthly income to pay off a mortgage. This leaves very little extra for outgoings.

Some compare the approach to the 5:2 diet. For five days a week, savers do not spend a penny and only allow themselves to have any outlays on the other two days.

Speaking to the BBC, three people who are set on retiring early have revealed the sometimes extreme measures they have taken in order to cut their spending, with some admitting it makes people ‘miserable’ and takes the joy out of life. 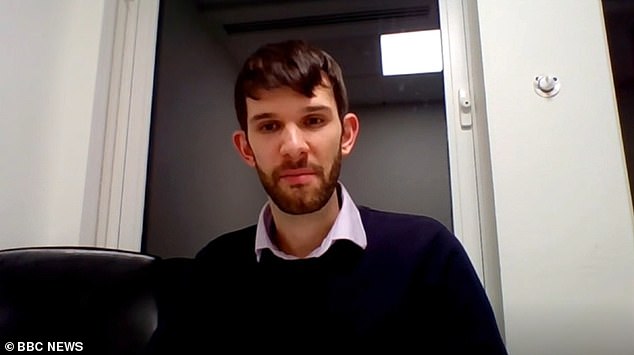 Supersavers who are desperate to save enough in order to retire early, such as Chris Donaldson, 28, from London, (pictured) have been revealing the reality of their lifestyle choice. Chris, an urban planner, explained to aims to save 30 per cent of his annual income

Instead Chris takes a more gradual approach, aiming to save 30 per cent of his salary. The average annual income for an urban planner in the UK is £33,641, according to job listings website Indeed.

To help him stay on top of his outgoings, Chris has developed a detailed method for ranking them based on their value.

He said: ‘As someone who works in, kind of, transport,and transport economics. I’ve built a very intricate excel model. I started categorising everything I spend, such as ‘brings value’, is ‘neutral’, or ‘doesn’t bring value’.

‘So for example, the first beer on a Friday, excellent value. Gives me a chance to chat with people in the office, blow off some steam, get to know people I might not work with frequently.’

He added that the second beer was ‘usually neutral’ while a third beer ‘if it comes to that, it’s usually negative.’ 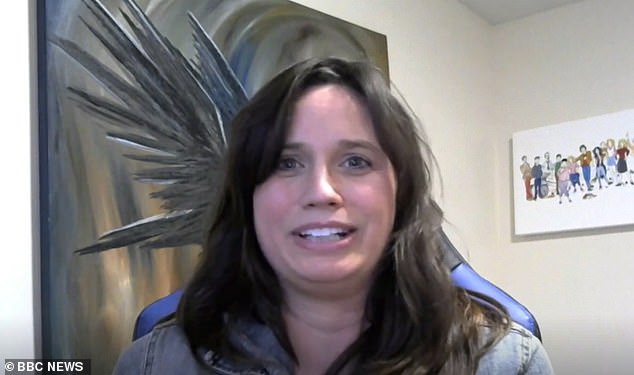 Lisa Harrison, 44, from Pennsylvania, said adopting the FIRE strategy had removed the things that make life worth living and left her ‘happiness in freefall’

Chris said he was coping during the coronavirus pandemic by ‘putting everything into retirement accounts. Basically because they’re on sale at the moment.’

And he added that he hopes one day to be able to pursue his dream of cycling around the world.

He said: ‘I’ve followed a number of people who’ve done a Eurasian trip so have gone from somewhere in Europe all the way to somewhere like Shanghai or Singapore. I would love to do something along those lines.’

In the mean time, he swore he wasn’t the most extreme of the FIRE supersavers.

SEVEN STEPS TOWARDS AN EARLY RETIREMENT

He explained: ‘There’s no point in saving every penny to immediately retire because once I retire, probably the only thing I’m going to want to do is something similar to what I’m already doing. I’m perfectly happy to spend slightly more and save slightly less.’

One woman who experienced the downside of extreme spending is marine biologist Lisa Harrison, 44, from Pennsylvania, who tried FIRE with her husband before ultimately deciding it wasn’t for them.

‘Our net worth was growing but our happiness was just in freefall,’ she said.

‘We went full force for about two years and then, started to realise that to get to these high savings rates, we really had to cut our lifestyle dramatically. It just wasn’t fulfilling anymore.

‘We cut out our coffee dates, then our Pizza Fridays, we cut out vacations then family vacations and who wants to do that? What’s life worth living? It’s not worth living when you get those things out.’

She said her decision to ditch FIRE has been about more than just money, revealing: ‘I started to realise things I actually love about my job again.’

However there have been FIRE success stories. Tanja Hester, 40, was able to retire early from her career as a political consultant after six years of intense saving.

She said: ‘We really love to see the world so a big motivator for us was to be able to take longer trips.

‘Our last trip was a month in Ecuador in the fall. By the end of it, I felt great at Spanish, I felt really comfortable.’

She explained: ‘If you count up everything that I do, from volunteering to the things that look like work, it adds up to about 10 to 20 ours a week.’

She likes to describe her early retirement as ‘work proportional’,saying: ‘I believe that we can redefine retirement. People have only been retiring in any kind of normal numbers for about 100 years. 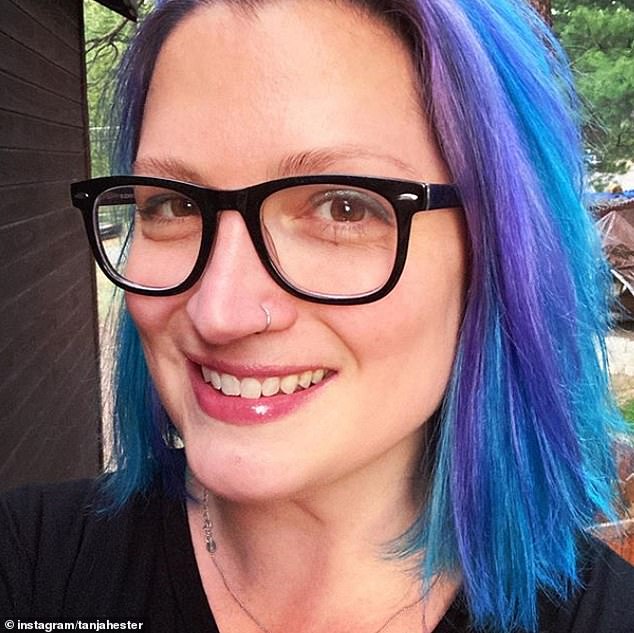 However there have been FIRE success stories. Tanja Hester, 40, pictured, was able to retire early from her career as a political consultant after six years of intense saving

‘So the idea that everybody is just going to sit around and do nothing and not continue anything to society in retirement is just not true.’

Despite preaching the joys of FIRE, Tanja conceded: ‘One of my biggest regrets is not attending two friends’ weddings that were really cool destination weddings.

‘I wished we’d gone on a little slower and done some of those things you can’t replace next year.’

Boys whose mothers suffer from depression while pregnant are more likely to be hyperactive and aggressive, a study has revealed.Researchers from Canada also found...
Read more

Boys whose mothers suffer from depression while pregnant are more likely to be hyperactive and aggressive, a study has revealed.Researchers from Canada also found...
Read more
News

The number of Britons who feel comfortable with transgender women using female bathrooms and refuges has fallen by up to 10 per cent, new...
Read more
- Advertisement -

A 'timid' emu named Ethel was on the run again today after eluding RSPCA and police officers for more than five days.The six-foot-tall bird...
Read more

UK universities ‘bribe’ prospective students with up to £1,200

More than a quarter of UK universities are attempting to 'bribe' A-leve pupils with laptops and discounts and cash offers if the chose them...
Read more

A son was jailed for life after he stabbed his father to death in an argument over the broadband speed. Stephen Gallagher, 55, grabbed the...
Read more

Harrowing footage shows the moment a surfer was swept up in treacherous waves and dragged under a storm water pipe in a tragedy that...
Read more