A Royal Navy reservist swindled more than £71,000 from the Navy after he claimed money compensating him for missing out on his income as a...
Read more
Stories

Mystery of plant seeds sent from China to U.S. homes could be solved

Police believe they may have solved the mystery of unsolicited seed packages being sent to U.S. addresses from China – a bizarre phenomenon reported in at least 31 states.

The packages may be be tied to a fake product review scam, known as ‘brushing’, police said.

‘We have done some researching and it does appear that these seeds are tied with an online scam called ‘brushing’,’ the Whitehouse police department in Ohio said.

‘A brushing scam is an exploit by a vendor used to bolster product ratings and increase visibility online by shipping an inexpensive product to an unwitting receiver and then submitting positive reviews on the receiver’s behalf under the guise of a verified owner.’ 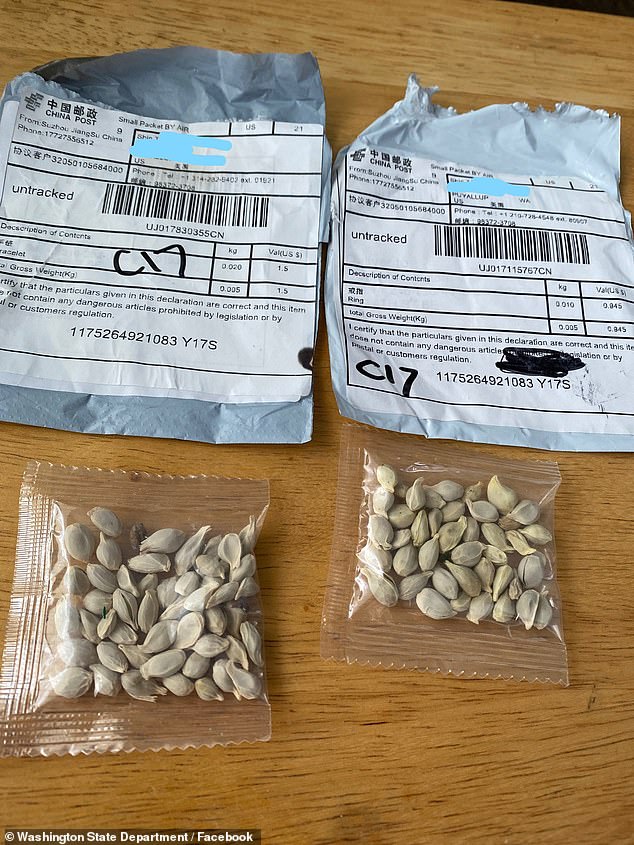 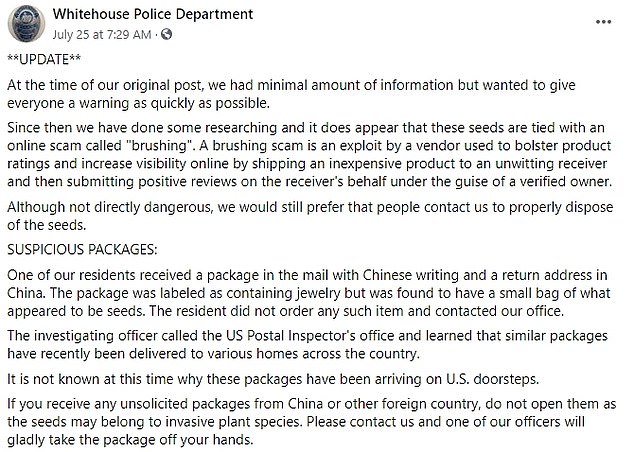 ‘According to the Better Business Bureau, foreign, third-party sellers use your address and Amazon information to generate a fake sale and positive review to boost their product ratings,’ said Phil Wilson, director of the plant industry division for North Carolina’s department of agriculture. 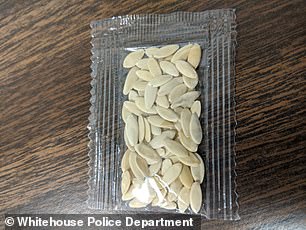 A sample of the plant seeds sent to Ohio

‘Seeds are just one of the items used in this scam, however, you could receive other inexpensive items such as rubber bands, plastic toys, or empty bags.’

‘That is rather random. I don’t think I’ve heard of seeds before,’ said Rupp.

Confused residents were sent small seed packages in the mail, with labels suggesting they were sent from China.

In some of the instances, the packages had Chinese writing printed on the labels and are mislabeled as jewelry.

The Louisiana department of agriculture and forestry reported that some of the packages were labeled to say they contained earbuds or toys.

It’s unclear why the seed packages were sent and why each individual who got a delivery was chosen. 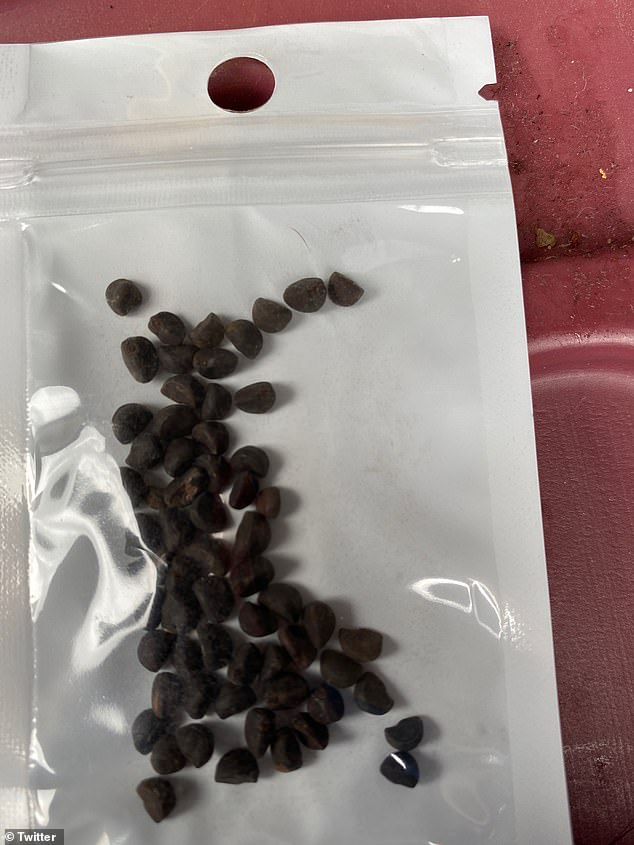 In Washington, the state department of agriculture said they received reports on Friday about residents receiving seeds in the mail from China that they did not order.

How online scamsters use ‘brushing’ to improve product reviews

An online scam called ‘brushing’ is believed to be behind the strange seed posting.

The scam gives the illusion that the business is credible by finding a person’s name and address online, sending the product to them and writing a review using their name.

As a verified owner – an actual person, with a verifiable address – the review carries more weight.

Increased sales numbers, even though padded with fake purchases, look good for the company and help lead to more sales.

Whoever sent the seeds may well have posted the fake reviews for other products – not just seeds – to boost their own company.

The Better Business Bureau say the scam is ‘highly profitable from their perspective’.

‘The seeds are sent in packages usually stating that the contents are jewelry. Unsolicited seeds could be invasive, introduce diseases to local plants, or be harmful to livestock,’ they wrote.

Photos shared to Facebook showed that one resident received two packages of seeds that were labeled as a ‘bracelet’ and a ‘ring.’

The address showed the packages were sent from the city of Suzhou in the Jiangsu providence of East China.

Washington officials added that this act is known as agricultural smuggling and people should notify the U.S. Department of Agriculture for further instructions.

The Virginia Department of Agriculture and Consumer Services on Friday issued a warning about the unsolicited seeds after they received similar reports.

‘The types of seeds in the packages are unknown at this time and may be invasive plant species,’ the department wrote.

‘I opened them up and they were seeds,’ said Culley. ‘Obviously they’re not jewelry!’

A staffer with the Utah Department of Agriculture picked up the seeds from Culley a few hours after leaning of the packages. 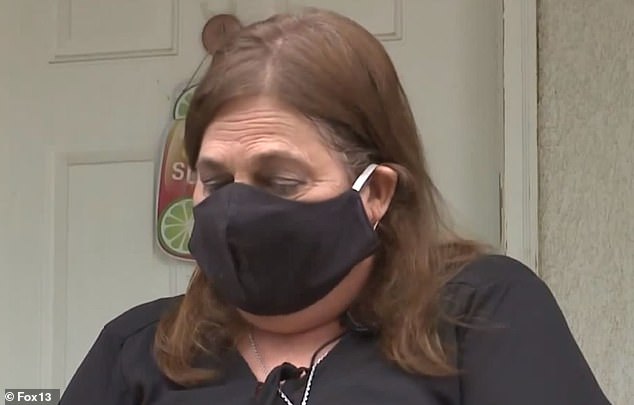 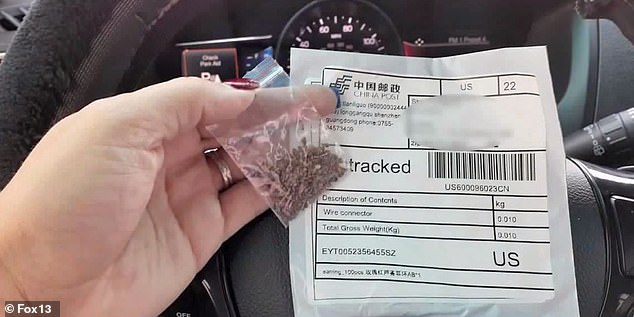 The Utah department of agriculture and food is investigating the incident

The Utah department of agriculture and food will reportedly work with Customs and Border Protection (CBP) agents to investigate the packages.

In Utah, at least 40 residents have received similar mailed packages with no explanation.

‘Unsolicited packages of seeds have been received by people in several other states across the United States over the last several days,’ Kansas officials wrote in a press release. 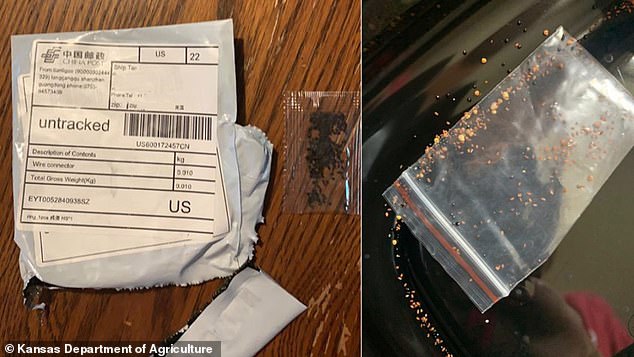 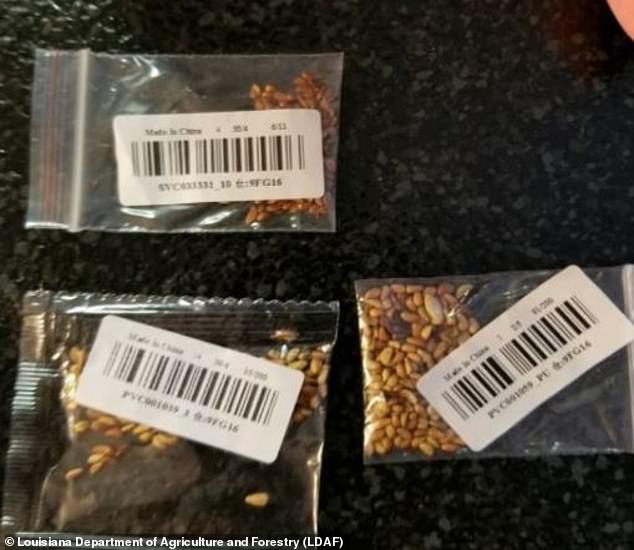 Louisiana was another state that had reports of mysterious seeds

And the Louisiana department of agriculture and forestry warned that they’re unsure what type of seeds are being sent and to take caution.

‘Right now, we are uncertain what types of seeds are in the package. Out of caution, we are urging anyone who receives a package that was not ordered by the recipient, to please call the LDAF immediately,’ said Commissioner of Agriculture and Forestry Mike Strain.

‘We need to identify the seeds to ensure they do not pose a risk to Louisiana’s agricultural industry or the environment.’

They confirmed that in addition to several US states, mysterious seeds have also been sent to the United Kingdom.

Hundreds of British gardeners reported getting deliveries marked as ‘ear studs’ from China and Malaysia.

In a statement to DailyMail.com, a USDA spokesperson said that officials are aware of the packages and working to prevent their entry into the US.

‘USDA’s Animal and Plant Health Inspection Service (APHIS) is aware that people across the country have received unsolicited packages of seed from China in recent days.,’ they wrote.

‘APHIS is working closely with the Department of Homeland Security’s Customs and Border Protection and State departments of agriculture to prevent the unlawful entry of prohibited seeds and protect U.S. agriculture from invasive pests and noxious weeds.

‘Anyone who receives an unsolicited package of seeds from China should immediately contact their State plant regulatory official or APHIS State plant health director.

‘Please hold onto the seeds and packaging, including the mailing label, until someone from your State department of agriculture or APHIS contacts you with further instructions. Do not plant seeds from unknown origins.’

A Royal Navy reservist swindled more than £71,000 from the Navy after he claimed money compensating him for missing out on his income as a...
Read more
- Advertisement -
Stories

A Royal Navy reservist swindled more than £71,000 from the Navy after he claimed money compensating him for missing out on his income as a...
Read more
Stories

A Florida sheriff has banned his employees from wearing face masks at work, despite the state seeing a record daily surge in coronavirus fatalities. Marion...
Read more
- Advertisement -

The cost of fruit and vegetables could surge by 60 per cent as the impact of coronavirus border closures threatens to throttle the nation's...
Read more

Jeffrey Epstein victim suing his estate for more than $25million

One of Jeffrey Epstein and Ghislaine Maxwell's alleged victims is asking his estate for more than $25million in compensation, court documents reveal.The unnamed woman,...
Read more

The author of Prince Harry and Meghan Markle's new biography Finding Freedom hit back at claims he had any lengthy discussions with the couple ahead...
Read more

A Royal Navy reservist swindled more than £71,000 from the Navy after he claimed money compensating him for missing out on his income as a...
Read more