The University of Pennsylvania is alleged to have received $3 million from a company owned by a businessman with links to the Chinese Communist...
Read more
Home News Japan announces plans to remove coronavirus travel restrictions with Australia and New...
News
July 23, 2020

Japan has announced plans to remove overseas travel bans imposed due to the coronavirus pandemic, with Australia and New Zealand at the head of the queue.

The country’s prime minister, Shinzo Abe, confirmed on Wednesday his government will consider easing restrictions with countries where the outbreak is under control.

This will include Asian countries including China, South Korea and Taiwan, as well as Pacific partners Australia and New Zealand.

It’s promising news for jetsetting Australians, but overseas travel currently off-limits unless they have an exemption from the Department of Home Affairs.

But there are ongoing calls for a coronavirus travel bubble between countries such as New Zealand and Australia with the likes of Japan and South Korea. 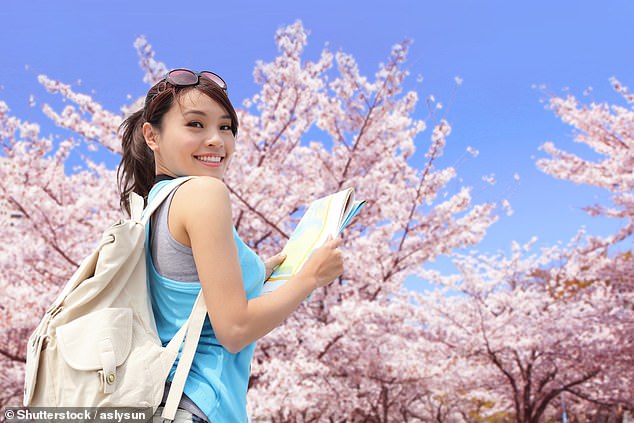 Australia is expected to be one of the first countries Japan reopens its international borders to (pictured, a woman visiting the country’s cherry blossom fields)

Overseas visitors would be tested twice for coronavirus and must provide an itinerary of their trip as part of the strict conditions of being granted entry into Japan, which is the world’s fourth biggest economy.

Entry will initially be restricted to business travellers, experts and trainees only with students and tourists to eventually follow.

The country had previously closed its border to overseas travelers in February to stem the spread of COVID-19.

Australia is a member of the trans-Pacific Partnership with Japan, New Zealand, Vietnam, and Thailand and has strong tourism and trade ties with each. 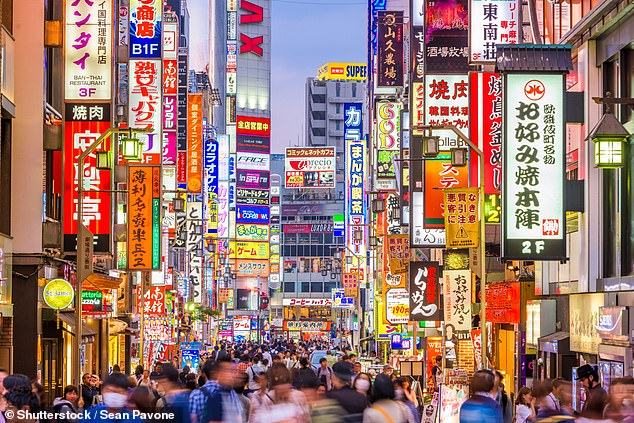 Japan is already in discussions to reopen its borders to international travellers, including Australiand and Kiwis (pictured, Tokyo’s bustling Shinjuku entertainment district)

‘It won’t take too long for us to begin looking at the second group of countries,’ the minister told reporters earlier this month.

Japan’s borders are currently closed to travellers from 129 countries following the worldwide outbreak of the virus earlier this year.

The number of foreign visitors and outbound Japanese nationals have plummeted more than 99 percent in recent months compared to 2019.

Travellers entering Japan, including nationals must quarantine at a designated location and not use public transport for a fortnight upon their arrival. 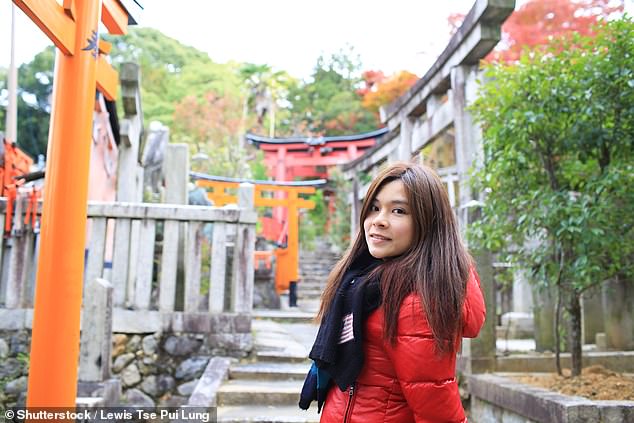 Japan could be the first overseas destination for Australian travellers post-pandemic (pictured, a traveller on holiday in the country)

Japan declared a state of emergency in April due to the pandemic, which forced the shutdown of most tourist attractions for almost two months.

Most attractions have since reopened as Japan’s infection rate declines.

The Japanese government also plans to soon allow foreign residents with re-entry permits back in the country.

Travel restrictions with other parts of the world will be relaxed as the situation improves. 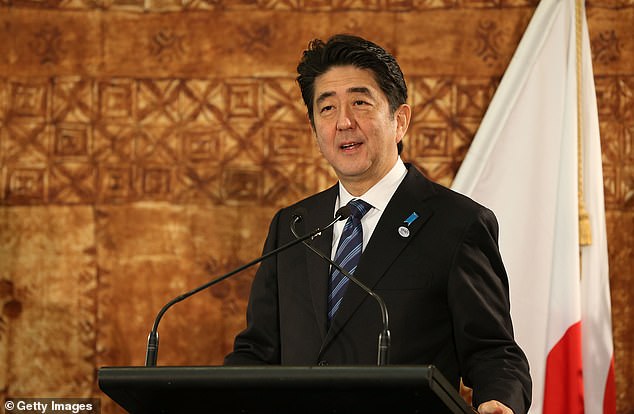 There are still fears Australians may not be able to travel abroad until 2021 after Qantas recently pulled international flights have been pulled from its website until further notice, including routes to New Zealand.

Flights to New Zealand are now unavailable until September 1, despite expectations the neighbouring countries were preparing to open a trans-Tasman bubble with Australia.

Flights elsewhere are no longer available until March 28, 2021.

Travel restrictions are expected to lifted in the first half of 2021, according to budget outlook forecast handed down on Thursday.

‘This leads to the resumption of arrivals by temporary and permanent migrants, but at lower levels overall than normal,’ the outlook statement read.

Federal Treasurer Josh Frydenberg said no decision has yet made on opening the borders.