A Californian army veteran diagnosed with PTSD has said he flies a Nazi swastika flag on his SUV to demonstrate his disdain for the Black Lives Matter movement and gay people.

Jesus Seineke, who served in the Army Infantry, displays the racist symbol in the back window of his SUV when he goes out for a drive in San Diego.

Seineke, a community service worker, told his local television news channel: ‘I am in total opposition of Black Lives Matter or supporting anything to do with gays.’ 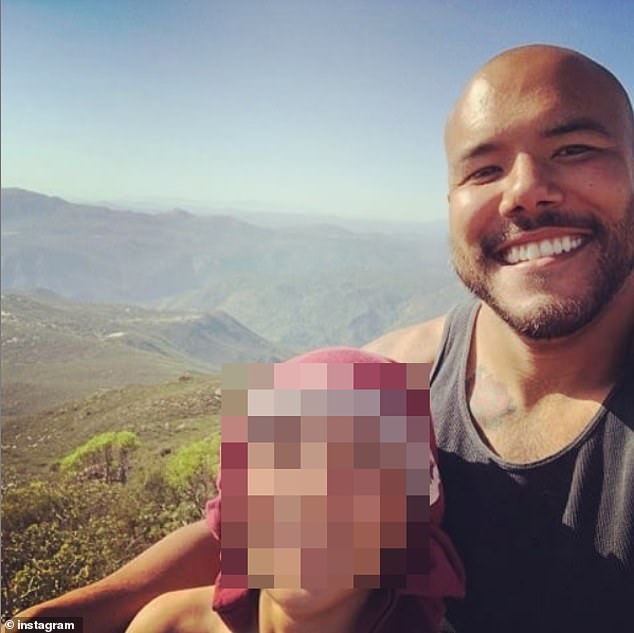 Jesus Seineke with his son, pictured earlier this year. Seineke is driving his car with a swastika flag in what he describes as a protest against Black Lives Matter and ‘gays’ 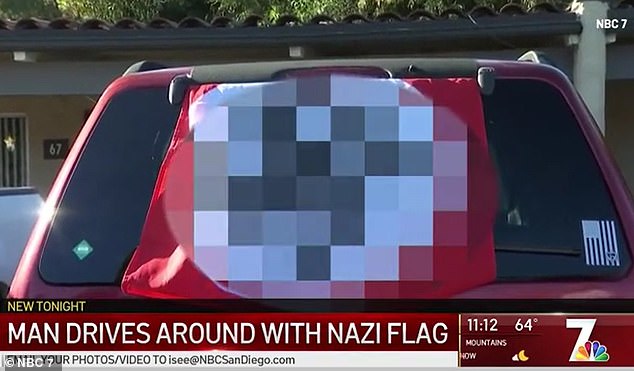 Seineke’s red SUV with the swastika flag flying out the back of the vehicle, in California

Seineke was in the Iraqi city of Mosul in August 2004 when his Stryker vehicle was hit by a rocket-propelled grenade during an ambush.

He told PBS that he suffered from back injuries, while the soldier sitting next to him was shot in the face.

Around 11 hours later, Seineke fired at a rapidly-approaching vehicle, only to find it contained an old man, a young woman and two young children.

During a gunfight, he suffered a traumatic brain injury, he told ABC in 2013.

On his return to the U.S. he was diagnosed with PTSD, and lost custody of his children.

Seineke attempted suicide, but turned his life around and won back custody. He also now has a daughter. 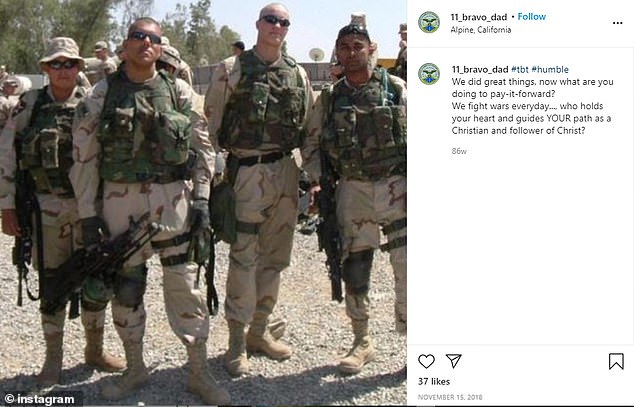 Seineke fought in Iraq in 2004, engaging in intense combat that left him with PTSD 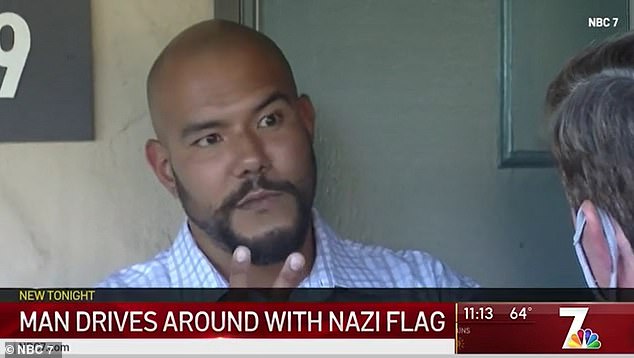 But his provocative flag resulted in a confrontation on June 28, when a man and a woman attacked him and the flag in a Rite Aid parking lot.

Seineke’s neighbor in Alpine, San Diego County, Jerry Bulinski, was among those appalled by Seineke’s display.

‘It just represents the wrong ideals,’ he said.

‘It’s a horrible part of history and it shouldn’t be celebrated.’

Another neighbor, Nycki Koch, told the TV station it was deeply disturbing.

‘Sometimes when I see it I think, ‘Oh my God, what is happening here,’ she said.

Seineke claims to keep the swastika out of sight when he is at home to avoid angering his neighbors.

Locals in San Diego claim to have seen a man waving a Nazi flag while standing on the hood of his SUV two days before Heineke was attacked in the parking lot.

It is unclear whether that man was Heineke, as he was gone by the time deputies from San Diego County Sheriff’s Office arrived.