Mark Meadows and Steven Mnuchin will make yet another trip to Capitol Hill Monday for continued negotiations with Democrats on a new coronavirus stimulus...
Read more
Home Politics Donald Trump insists it's not his fault if a Democrat wins the...
Politics
November 6, 2019

‘Our big Kentucky Rally on Monday night had a massive impact on all of the races,’ the president tweeted.

‘The increase in Governors race was at least 15 points, and maybe 20!’ he claimed. Republican National Committee chair Ronna McDaniel tweeted that Bevin ‘was down 17 points’ and Trump ‘helped lift the entire ticket, winning 5 of 6 statewide races so far!’

Bevin trailed Democrat Andy Beshear by about 5,300 votes – just four-tenths of a percentage point – in a race that the Associated Press determined was too close to call. He refused to concede.

A week ago, Bevin was projected to win by 5 points in a Trafalgar Group poll of 1,117 likely voters, the largest group anyone surveyed about the race. That suggests his lead evaporated around the time Trump came to Kentucky to support him. 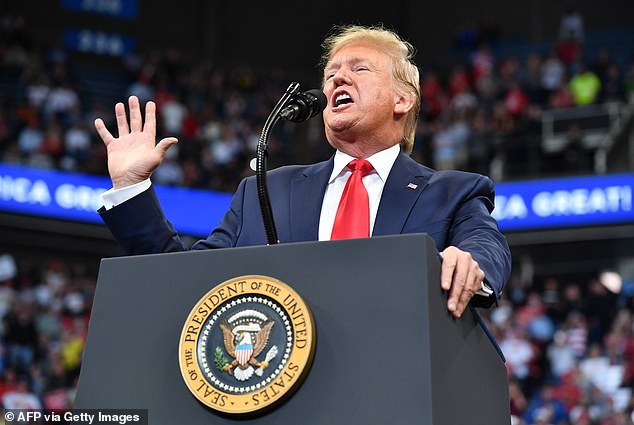 President Donald Trump tried a Twitter victory lap for the 5 of 6 statewide races Republicans won in Kentucky after he held a rally there just before Election Day; but the 6th race, for the governorship, was the big one 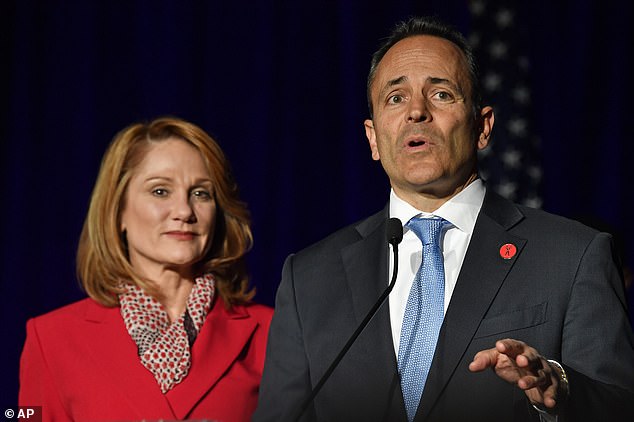 The president threw the apparent loser, the incumbent Republican Matt Bevin, under the bus – and his campaign manager suggested that without Trump’s help he might have lost by double digits

Trump tweeted that Bevin ‘picked up at least 15 points’ around the time he held a massive rally in Lexington, Kentucky – but the only evidence to support that is an outlier poll with a very small sample size conducted by a pay-for-play market research group with poor ratings for its predictions

He told reporters Tuesday morning that he hoped to beat Beshear by ’10 to 12.’

In mid-October a Mason-Dixon Poll of 625 likely voters had the two candidates tied.

The only poll showing Beshear with a lead was conducted by Targoz Research, a Nashville organization that offered to conduct the polling for $2,750 – a pittance compared to the resources most surveys require.

Targoz reported that its panel of just 401 likely voters gave Beshear a 19-point advantage. The FiveThirtyEight political data analysis website rates the firm between a ‘C’ and a ‘D’ for the reliability of its predictions.

Trump claimed Tuesday night that Bevin ‘picked up at least 15 points in last days, but perhaps not enough.’ 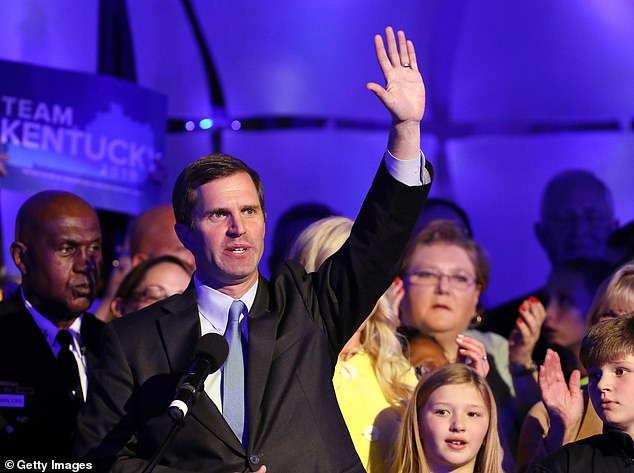 The chairwoman of the Republican National Committee claimed Bevin ‘was down 17 points,’ but didn’t provide a link to the outlier poll she relied on

In one later tweet, Trump claimed the ‘massive impact’ of his rally Monday night might have been as large as a 20-point bump for Bevin

The president hosted a raucous rally Monday night, praising Beshear along with GOP candidates who won their races.

‘Here’s the story,’ he told thousands of supporters at the famed Rupp Arena in Lexington. ‘If you win, they are going to make it like, “Ho hum.” And if you lose, they are going to say Trump suffered the greatest defeat in the history of the world. You can’t let that happen to me!’

Most Kentucky Republican candidates were victorious on Tuesday, including thoe running for secretary of state, attorney general, auditor, treasurer and agriculture commissioner.

Republicans ‘[w]on 5 out of 6 elections in Kentucky, including 5 great candidates that I spoke for and introduced last night,’ the president tweeted.

‘A lot of winning in Kentucky. Check out the numbers,’ he added later. 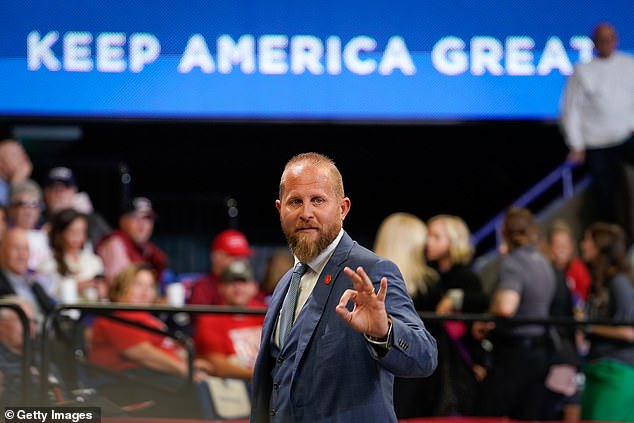 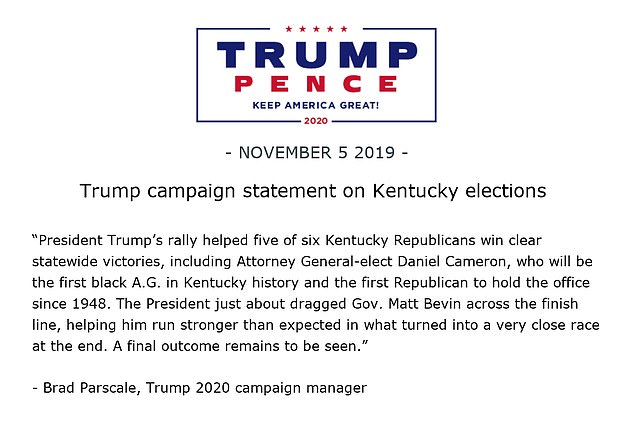 Parscale said in a statement, improbably, that ‘The President just about dragged Gov. Matt bevin across the finish line’ 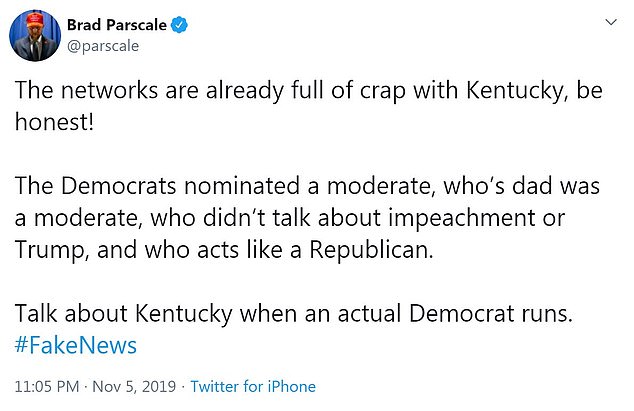 Parscale later tweeted that Beshear appeared to win on Tuesday because he was a moderate ‘who didn’t talk about impeachment or Trump, and who acts like a Republican’

Trump’s campaign manager, Brad Parscale, said in a statement that Bevin was a weaker candidate than the other Republicans who emerged as winners.

‘The President just about dragged Gov. Matt Bevin across the finish line, helping him run stronger than expected in what turned into a very close race at the end,’ he said. ‘A final outcome remains to be seen.’

Parscale later said in a tweet that Beshear was competitive because he avoided criticizing the president.

‘The Democrats nominated a moderate, who’s dad was a moderate, who didn’t talk about impeachment or Trump, and who acts like a Republican,’ he vented. ‘Talk about Kentucky when an actual Democrat runs.’